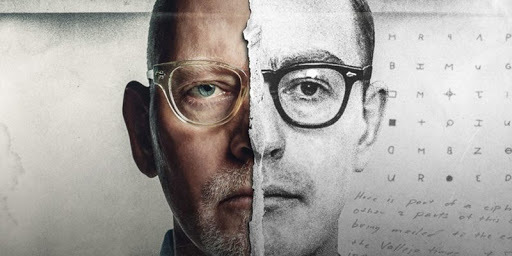 What if one day you realize your father is a serial killer? Even the thought sends shivers down the spine, right? Well, not for Mr. Gary L. Stewart, who firmly believes that he is the son of the infamous psychopath – The Zodiac Killer. With ‘The Most Dangerous Animal of All,’ FX is finally stepping into the docuseries genre. The true-crime docuseries is brought to us by Ross Dinerstein (‘The Innocent Man’), and Academy Award-nominated director Kief Davidson (‘The Ivory Game’).

Based on the eponymous New York Times best-selling book by Gary L. Stewart and Susan Mustafa, the documentary series showcases Gary’s search for his biological parents, coupled with the 12-year-long investigation and research that led him to the horrifying discovery. In case you’re a true-crime enthusiast, you must be wondering: When is ‘The Most Dangerous Animal of All’ season 1 releasing? Well, here’s everything we know about the show.

The Most Dangerous Animal of All Release Date: When Will it Premiere?

‘The Most Dangerous Animal of All’ is all set to release on March 6, 2020, at 8 pm ET on FX. You can also catch the show on FX on Hulu, the very next day. It will consist of four episodes with a runtime of 55-60 minutes each.

What’s The Most Dangerous Animal of All Cast?

Since it’s a docuseries, all the characters play themselves, except for recreation chunks, where actors are used. Gary L. Stewart is the heart and soul of the series. He takes the audience through his journey from maintaining a journal that later served as the basis for his best-selling novel to discovering that his father, Earl Van Best, Jr., almost certainly was the Zodiac Killer.

What is The Most Dangerous Animal of All About?

For the uninitiated, Zodiac Killer was responsible for terrorizing the Bay Area from the late 1960s to the early 1970s. He committed a string of ghastly murders and claimed to have taken the lives of 37 innocents. He even boasted about it in the letters he mailed to the press and police, which were often in the form of cryptograms.

In the show, Gary reveals that around 2004, when he was 39, Gary’s biological mother, Judy, contacted him. Since then, he has been trying to track down his biological father and has come to the conclusion that he was none other than the Zodiac Killer. Stewart also recalls how he took no time in finding out his father’s (Earl Van Best, Jr.) name in one of the ciphers sent by the serial killer.

Not just that, we also learn that his handwriting is an exact match of the killer’s writing. The two men even have the same fingerprint scar. And the most startling one, DNA reports prove their samples to be a 99% match. Gary reveals that he spent over 12 years to collect all this information. In case you’re not aware, Earl Van Best, Jr.’s name is among the top 3 suspects list, provided by the police, thus adding weightage to Stewart’s claim.

The Most Dangerous Animal of All Trailer

Check out the official trailer for ‘The Most Dangerous Animal of All’ season 1!