Where To Stream The Mule? 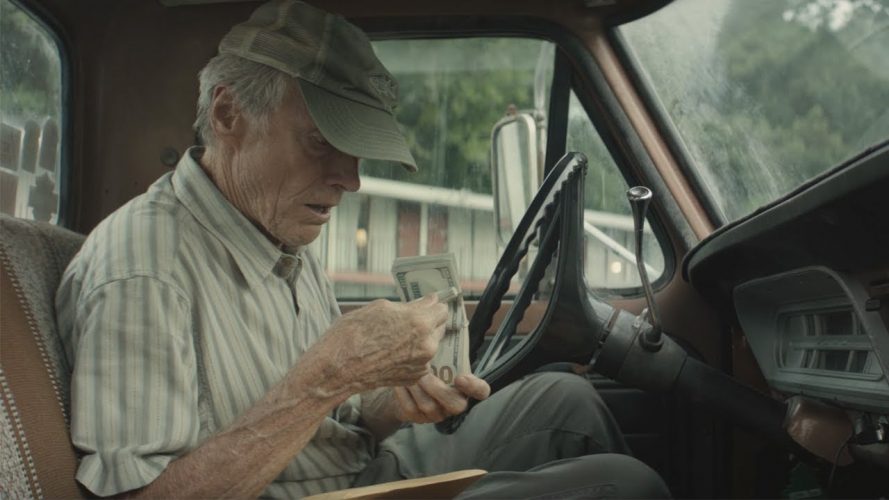 ‘The Mule’ is an American crime drama movie that has been helmed by Clint Eastwood, who also appears in the starring role. It poses the question about what any of us would do for money, and how we all need to make ends meet at various stages of life and sometimes, we do wrong things without knowing, in order to get the results we want.

The film is based on The New York Times article “The Sinaloa Cartel’s 90-Year-Old Drug Mule” by Sam Dolnick. It recounts the story of a World War II veteran, Leo Sharp, who becomes a drug mule for a Mexican cartel in the 80s. Upon release, the movie met with critical and commercial acclaim. The common consensus is that Eastwood has delivered a poignant and charming film that is accentuated by his performance. However, the plot could benefit from a little more drama. That being said, it still remains a strong offering from Eastwood and recounts a fascinating tale of an old man. Naturally, you must be wondering about where you can stream ‘The Mule’. We are here to tell you that, but first, let us walk you through the plot of the movie.

What is The Mule About?

‘The Mule’ tells the story of Earl Stone, a veteran of the Korean War, who happens to live in Peoria, Illinois. When we are introduced to him, he is in his 80s. The man lives alone but has a warm social life. His hobby and passion happen to be gardening and he is an award-winning horticulturist. However, we see that Earl is facing financial ruin and is estranged from his wife and daughter since he always puts work before his family. The only family member he seems to be close to, is Ginny, the granddaughter. Earl attends her wedding rehearsal and meets one of Ginny’s bridesmaids who makes him a job offer. Desperate for money, Earl takes up the offer.

He ends up becoming a mule for a Mexican drug cartel. Despite the dangerous nature of the business, the cartel finds that Earl can fly under the radar due to his race, age and spotless criminal record. He is also a careful driver who adheres to the rules. After a few successful deliveries, the Mexicans begin trusting him with more and more drugs. The larger the consignments delivered, the more the money. It becomes clear that there is a lot of money to be made in the business and Earl is overwhelmed with how the financial tides have turned in his favor. He uses the money to buy himself a new truck, settles his debts and even pays for the renovations of the local Veterans of Foreign Wars Post. His friends cheer him on for his actions as Earl keeps making the deliveries. He even ends up paying for his grandaughter’s education and marriage.

Everything seems to be going well for Earl since the Mexican gangsters also take a liking to him, calling him Tata (grandfather). However, the entire operation comes under threat when an informant rats on the cartel, which leads the DEA to close in on their deliveries in Chicago.

Tensions within the cartel also run high and Gustavo, a power-hungry lieutenant eliminates the boss and takes over. He is tougher and bears no affection towards Earl, urging that the old man be kept under tighter control. Trouble strikes close to home for Earl during the management change in the cartel. He is on his way to deliver a $12 million cocaine shipment when he learns that his wife is gravely ill. His daughter convinces him to take some time off to make peace with his wife before her death. Earl abandons the delivery schedule, instead opting to stay on till his wife’s funeral. He draws the rage of the cartel as a result, who beat and threaten Earl. However, when they find out why he abandoned the plans, they take pity on him.

The DEA begins to close in, however, and as Earl nears the drop point, he is apprehended. The veteran pleads guilty to all charges and is sent to prison. However, in the process of his endeavors, we see that he has won back the love and support of his family, who are there for him even during his sentencing. In prison, the old man is allowed to return to his true love, that is, horticulture.

Is The Mule on Netflix?

Netflix has cemented its spot as the premier content provider by making strategic additions to its library, ensuring that the platform offers something to all its viewers. While ‘The Mule’ is not on Netflix, you can check out ‘El Chapo‘ which takes a look at the head of the Sinaloan cartel, which is the same organization that Eastwood’s character actually works for.

Is The Mule on Hulu?

Hulu is one of the best platforms you could have a subscription to since they keep making constant additions to their library to cater to the viewers. ‘The Mule’ can be streamed on the platform by adding the HBO pack to the existing Hulu subscription. It costs $14.99 a month. Check it out here.

Is The Mule on Amazon Prime?

Amazon Prime is Netflix’s chief contender when it comes to content and the platform has a library that it can be proud of. While ‘The Mule’ is not available to Prime subscribers as is, you can always add the HBO pack to your existing subscription for $14.99 a month. Check it out here.

Where Can I Stream The Mule Online?

Can I Stream The Mule Online For Free?

Freeloaders are in luck because you can stream ‘The Mule’ on Hulu or Amazon Prime provided you have subscriptions to these platforms beforehand. Use the free trial period offered by HBO on these platforms to check out the movie. However, we urge you to pay for the art you consume.

Read More in Movie Guide: A Star is Born