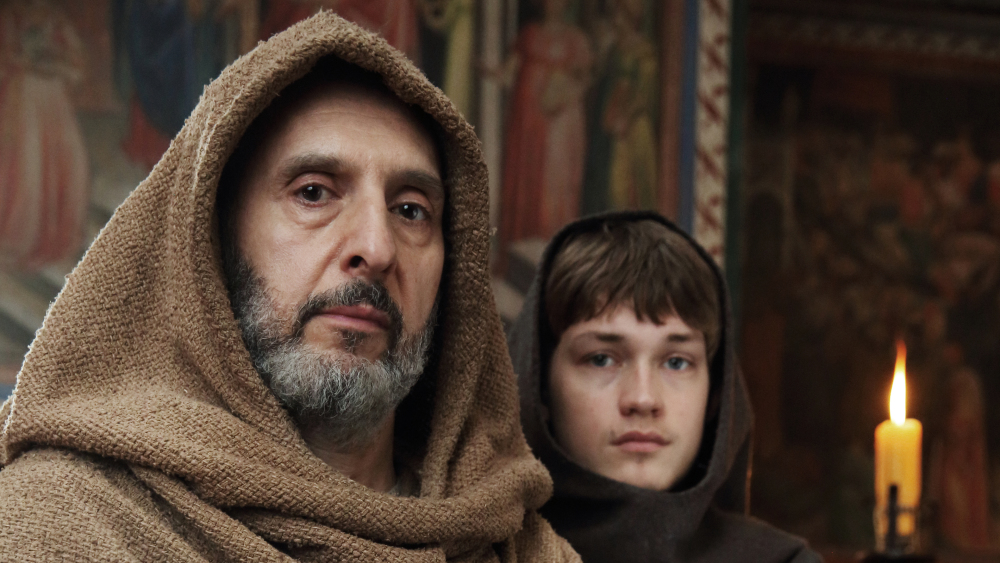 ‘The Name Of The Rose’ is a period drama series based on a book of the same name by famous Italian author Umberto Eco. The story is set in Northern Italy somewhere around the fourteenth century. The story follows the characters of William of Baskerville and Adso of Melk, who go to an abbey to discuss political matters and end up getting involved in serious crimes.

The show is created and directed by Giacomo Battiato, who has admitted that it is “difficult to express the emotion caused by putting together and adapting one of the 20th century’s greatest achievements in literature.” The production company that worked on the show is Rai Fiction. Matteo Levi, Carlo Degli Esposti, Nicola Serra are some names among the nine producers of the series. The executive producers include Patrizia Massa, Herbert G. Kloiber, Herbert L. Kloiber, John Turturro, and Guendalina Ponti. Regarding the show, the director of Rai Fiction, Eleonora Andreatta, said”, ”The Name of the Rose represents another important piece of the Rai Fiction proposal that pushes its stories even beyond national borders. In this production, we see the best of what an international perspective can offer with unique Italian talents.”

The Name Of The Rose Cast: Who is in it?

The cast of ‘The Name Of The Rose’ is led by eminent actor John Turturro who plays the role of William of Baskerville. Most viewers are acquainted with one or more of his films. He was most notably the lead actor of ‘Barton Fink’ (1991), the movie which won the Palme d’Or Award at the Cannes Film Festival. Turturro himself ended up winning the Best Actor Award. He has also starred in movies like ‘The Big Lebowski‘ (1998) and ‘O Brother, Where Art Thou?‘ (2000). The character William of Baskerville is a Friar (or monk) belonging to the Franciscan religious order. His accomplice is the novice Adso of Melk (Damian Hardung). The story is narrated from the point of view of Adso, and the narration is done by Peter Davison. Another major character is that of the Inquisitor, Bernard Gui, played by Rupert Everett. He has starred in films like ‘The Madness of King George’ (1994), ‘Shakespeare in Love’ (1998), and ‘Inspector Gadget’ (1999).

Fabrizio Bentivoglio (as Remigio of Varagine), Greta Scarano (as Margherita / Anna), and Richard Sammel (as Malachia of Hildesheim) are other important members of the cast. Interestingly, Turturro’s younger brother Nicholas plays a supporting character in the series as Pedro Lopez de Luna, the Archbishop of Zaragoza.

The Name Of The Rose Plot: What is it about?

The story of ‘The Name Of The Road’ is set in the year 1327. We see the events unfold through the perspective of Adso of Melk. He belongs to the Benedictine order of Christians and has traveled to a north Italian monastery with Franciscan friar William of Baskerville. They are there for a theological debate regarding poverty. Numerous eminent religious scholars have gathered at that abbey for the debate. However, the peaceful discussions don’t last long. Adelmo of Otranto, a revered illustrator, is found dead in the abbey. It so happens that the abbot of the monastery asks William to be the chief investigator in the case.

Problems further complicate as on the following day, an Aristotelian scholar is found murdered and dumped in a vat full of pig’s blood. Every day that the crime remains unsolved, one among the religious scholars keeps dying. However, no one can be allowed to leave since the killer might escape as well.

Though the TV series might seem like a murder mystery, the original work has deeper layers. It is sometimes called a postmodern piece of work due to the numerous references to other texts. Eco constantly alludes to the part of the book ‘Poetics’ (written by Aristotle), which focuses on comedy. Unfortunately, this part of the book is lost forever.

The Name Of The Rose Season 2 Release Date: When Will it Premiere?

‘The Name of the Rose’ season 1 premiered on Mar 4, 2019 on RaiTV in the UK and May 1, 2019, on Sundance in the United States. Viewers who enjoy historical fiction will find the story really fascinating. The unique concept of blending a theological discussion with a tale of murder and deceit is what makes this series stand out from the average murder mystery shows. Considering there’s a lot more that could be explored in the show, there is a decent possibility of a season 2 being made. Our best guess is that if the show does get renewed, ‘The Name of the Rose’ season 2 can release sometime in March, 2020. We will update this section as soon as we hear more.

The Name Of The Rose Trailer:

While we wait for an update on ‘The Name of the Rose’ season 2, check out the season 1 trailer to refresh your memories. If you haven’t seen the show yet head over to Sundance to catch all the episodes of the previous season.