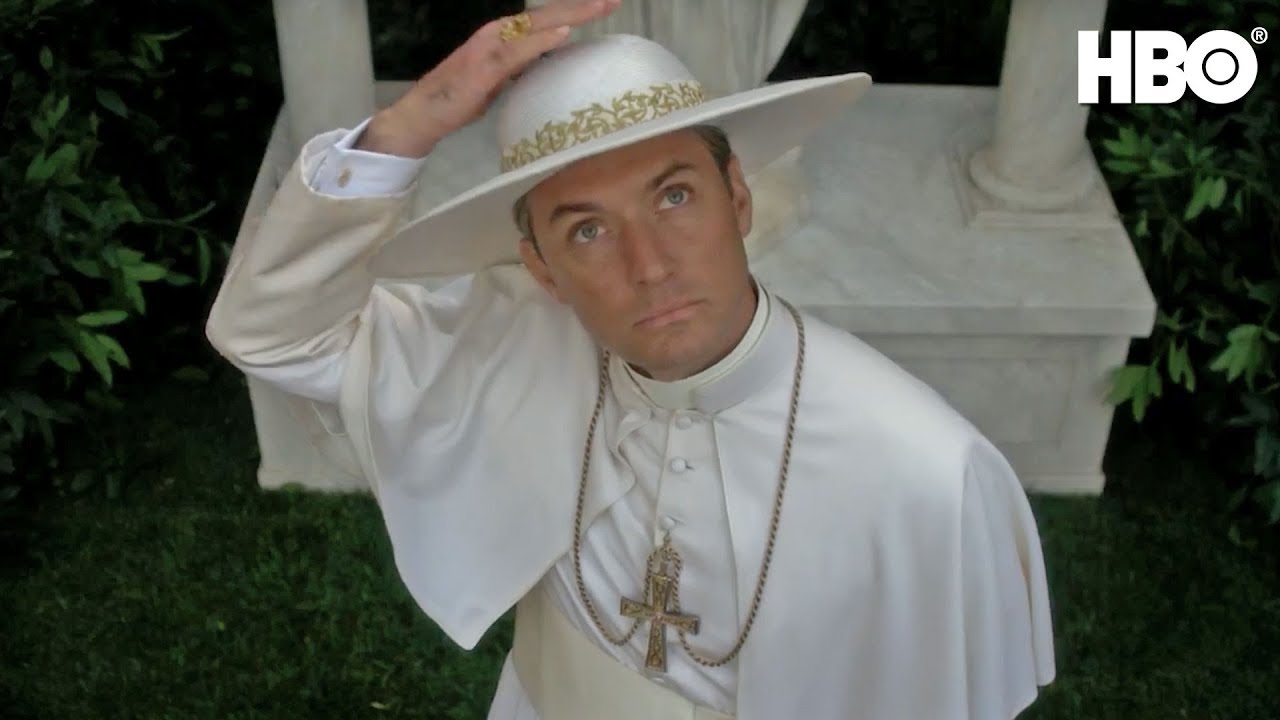 ‘The New Pope’ is an upcoming American drama television series that will be a follow-up to the hugely popular and critically acclaimed 2016 limited series, ‘The Young Pope’, which aired on Sky Atlantic, HBO, and Canal+.

For those unaware, ‘The Young Pope’ showed the rise of the young and disruptive Pope Pius XIII to power, along with his confidante, Sister Mary, and followed their lives in the treacherous political landscape and power dynamics of the Vatican. The show immediately made an impact on television critics, who gave it a good score of 78% on review aggregator website Rotten Tomatoes, with the consensus reading,”The Young Pope’s original premise and stylish blend of over-the-top melodrama with profane comedy helps overcome an occasionally muddled plot.” The show was also liked by viewers, and it enjoys a solid rating of 8.4/10 on IMDb, based on over 27,000 votes.

Following the critical acclaim and praise received the ‘The Young Pope’, fans and television critics alike were clamoring for a new season. Their wishes were fulfilled when it was announced in October 2016 that a second season was in development. Later, it was announced that this “second” season would air as a separate show called ‘The New Pope’. Production for this show began in Italy in late 2018, and it is slated to premiere sometime in 2019. Here’s everything we know about the cast, plot, and release date of the show, expectations for which are understandably high.

The New Pope Cast: Who’s in it?

In ‘The New Pope’, Jude Law will return in his role as Pope Pius XIII, as will Silvio Orlando as Cardinal Angelo Voiello, Camerlengo and Cardinal Secretary of State, and Javier Cámara as Cardinal Bernardo Gutierrez, Master of Ceremonies of the Holy See. Additionally, Cécile de France will return as Sofia, the in-charge of marketing for the Holy See, and Ludivine Sagnier will make a comeback as Esthe, the wife of a member of the Pontifical Swiss Guard.

That being said, the biggest news about the cast of ‘The New Pope’ is the addition of legendary actor and two-time Academy Award nominee John Malkovich. What role Malkovich will play in the show is unclear as of now as the creators of ‘The New Pope’ are playing this one pretty close to the chest. However, there’s plenty of speculation going on, and many think that Malkovich will be lead for ‘The New Pope’. Another noteworthy addition to the cast is Academy Award nominee Sharon Stone. Again, like with Malkovich, the showrunners have not revealed what role she will play. So, we will have to wait and see what’s in store.

Other additions to the cast include Mark Ivanir, Henry Goodman, Ulrich Thomsen, Massimo Ghini, but as of now we don’t know what characters these actors will be playing.

The New Pope Plot: What is it about?

As far as the plot of ‘The New Pope’ is concerned, much remains unknown as neither HBO, nor Sky Atlantic have refused to divulge any of the plot details. Thus, as it stands, we have no idea about whether the show will be a prequel to ‘The Young Pope’ or whether it will serve as a follow-up to the show and concentrate on events which unfold following the end of ‘The Young Pope’.

While it has been confirmed that Jude Law will return as Pope Pius XIII, we don’t know what role he is going to play in the show as no plot details have emerged as of now. However, going by the First Look which HBO recently provided, it’s possible that the show could be a follow-up, considering that Jude Law looks pretty much the same as he did in ‘The Young Pope’. Further, given the fact that Pope Pius XIII’s fate was left ambiguous at the end of ‘The Young Pope’, ‘The New Pope’ has a lot of possibilities as far as its plot is concerned. But given the paucity of information, your guess is as good as mine, and we won’t get anywhere till we get some concrete information to go by. Patience is a virtue, as they say.

The New Pope Season 1 Release Date: When will it premiere?

‘The New Pope’ had its world premiere at the 76th Venice International Film Festival just like ‘The Young Pope’. While HBO gave everyone the First Look into ‘The New Pope’ in January 2019 and released its trailer in August, ‘The New Pope’ season 1 is finally set to premiere on January 13, 2020. You can watch the episodes on HBO.

Here’s the trailer of ‘The New Pope’ for you to take a glimpse into what you can expect from the show.