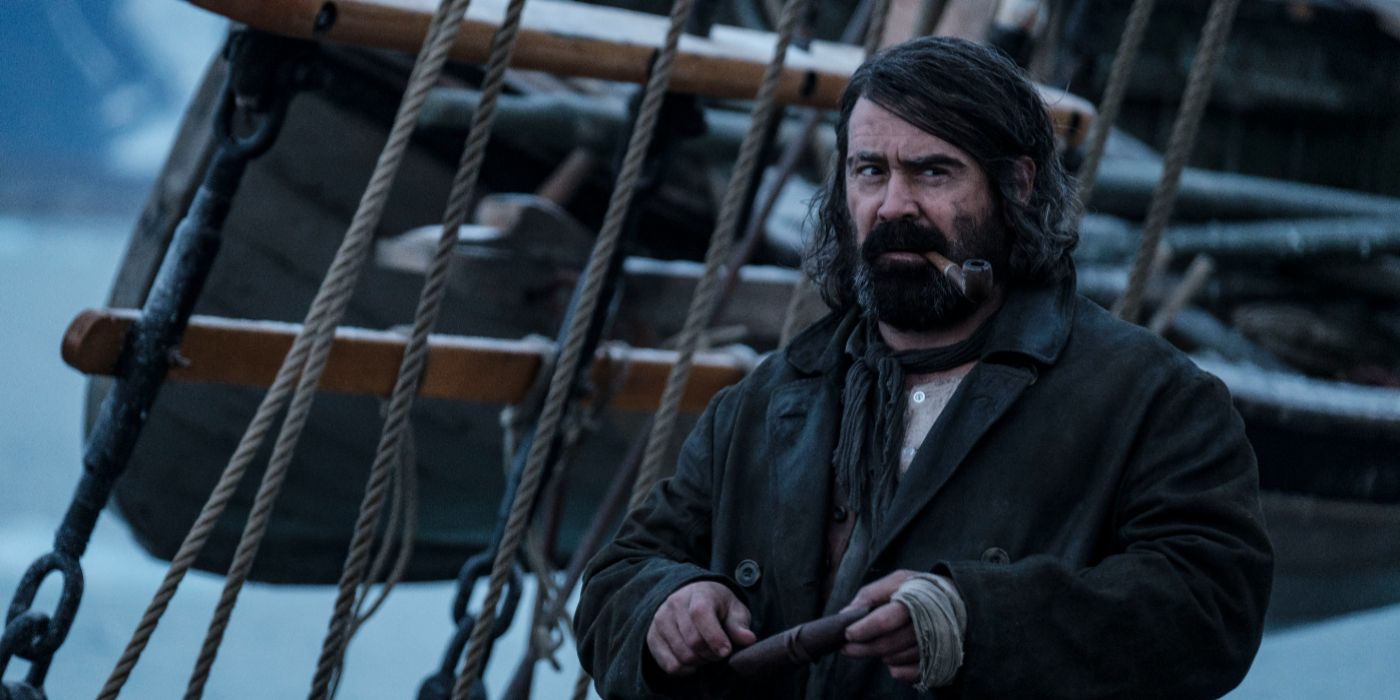 Created by Andrew Haigh, ‘The North Water’ is a British mystery drama adapted for the screen from Ian McGuire’s bestselling novel of the same name. Set in the 1850s, it follows Patrick Sumner, a cashiered army medic who volunteers to be the doctor on a ship sailing to the Arctic. Despite being dead set on leaving behind his horrific past, his situation worsens as he finds himself in the company of Henry Drax.

Drax is a master harpoonist and a brutish psychopath whose views on life are designed to survive life at its worst. The intriguing survival tale has elicited a positive response from fans who are now awaiting an update on the second season. If you, too, are looking for information on ‘The North Water’ season 2, here’s what we know.

‘The North Water’ season 1 released on July 15, 2021, on AMC+ and concluded its 5 episode long run on August 12, 2021. It is further set to premiere on September 10, 2021, on BBC Two, its original network. Every episode has a runtime of around 90 minutes. The show has been lauded for its intense storytelling and nostalgia-inducing nautical landscape.

With respect to the second season, here’s everything we have gathered. Its home network, BBC Two, has not released any updates regarding season 2 as of now. You must also know that ‘The North Water’ was initially announced as a mini-series which means it has a little scope of being stretched into more seasons. However, this compelling story of whalers has been well-received by both viewers and critics, which could prompt the network to renew the series.

As far as the story is concerned, there is a lot more still left to be explored. The characters have many secrets that are never revealed but repeatedly mentioned. Sumner uses drugs to forget his tragic experiences in India, while Drax has a backstory that explains why he lacks morality. Hence, viewers have a lot to look forward to. The show’s spectacular visuals prove that the production team worked tremendously hard to make the show a visual treat. It turns out that ‘The North Water’ was filmed at one of the furthest points a drama show has been shot in the Arctic region.

Backed up by a strong fanbase, compelling performances, and amazing storytelling that continues to garner more fan-following, the chances of the show’s return seem high. In case the network greenlights another season of this series, it will be a while until filming begins and wraps up. Moreover, most shows have a history of releasing new seasons with year-long gaps in between. Therefore, in all probability, we expect ‘The North Water’ season 2 to release sometime in 2022.

The North Water Season 2 Cast: Who can be in it?

The cast of ‘The North Water’ is led by Jack O’Connell, who plays Patrick Sumner, an ex-army surgeon going aboard a whaling expedition in an attempt to run from his past. Colin Farrell plays Henry Drax, a sociopathic harpooner who constantly fights and bickers with the sailors. Stephen Graham essays the role of Captain Arthur Brownlee, the overseer of the trip who remains unfazed even under challenging situations. Tom Courtenay plays Baxter, an influential man in the whaling business.

Other cast members include Sam Spruell as Michael Cavendish, Peter Mullan as the Priest, Roland Møller as Otto, Kieran Urquhart as Jones, Philip Hill-Pearson as McKendrick, Nive Nielsen as Anna, Jonathan Aris as Corbyn, Lee Knight as Stevens, and many more. For the story to move forward, it is important for O’Connell and Farrell to rejoin the cast for the upcoming season. Besides them, the remaining actors are also expected to reprise their roles. Furthermore, new characters might also be added to the cast if the makers decide to explore an altogether new storyline.

The North Water Season 2 Plot: What can it be About?

The first season of ‘The North Water’ takes us back to 1859. During this time, the whaling business, although rare, continues to exist. Most sailors have taken an exit from the occupation, so there is more demand now for outsiders with good skills. Taking advantage of that, an ex-army surgeon Patrick Sumner joins the ship. There he meets Drax, a brutal killer and harpooner who is constantly at war with the sailors, and later, Sumner’s opinions on life.

Most of the first season is a confrontation between the two lead characters. So in the next part, we can expect to be let into their individual pasts as Sumner has unresolved trauma that we’re still uninformed about, and Drax went through a tragic childhood that completely transformed his views on life.

Read More: Where Was The North Water Filmed?