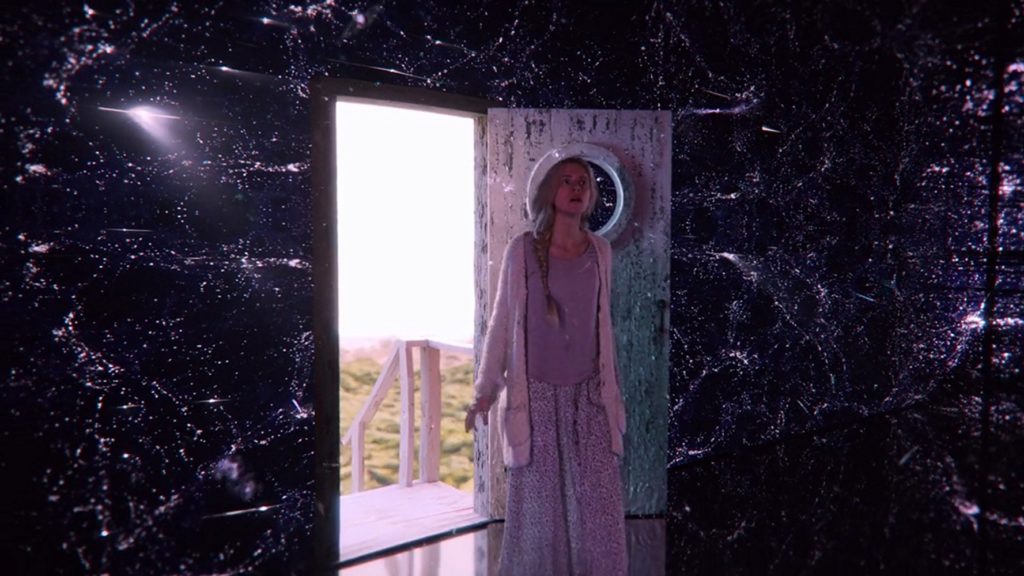 ‘The OA’ is an American mystery drama web-series that airs on Netflix and was first available on the platform on December 16, 2016. The show is known for its elements of fantasy, science fiction and the supernatural. The mind-bending sci-fi show has also been praised for its visuals and futuristic storyline. It revolves around a woman who mysteriously resurfaces after disappearing for seven years.

The show is created and executive produced by Brit Marling and Zal Batmanglij. The latter also serves as the director on the show. ‘The OA’ also includes Hollywood star Brad Pitt among its executive producers. John Doyle of The Globe and Mail gave a positive review to the show, saying, “The OA is Netflix’s strongest and strangest original production since Stranger Things. In terms of substantive, original drama, it transcends it. Mind you, it is unclassifiable in the context of the drama, mystery, science-fiction, and fantasy, since it is straddling all sorts of lines and blurring them. It is outright astounding and brilliant, too.”

After two successful seasons, the show was cancelled by Netflix. Here’s everything we know about it.

In the upcoming season, we are sure that most of the main cast members will return to the show.

The OA Plot: What is it about?

The show revolves around Prairie Johnson, a young woman who returns home after a 7-year disappearance. Her sudden return is not the only miraculous occurrence: everyone is shocked to learn that Prairie is no longer blind. She also sports scars on her back and begins to call herself ‘The OA’.

While the FBI and her parents are anxious to discuss Prairie’s disappearance, she won’t talk about what happened during the time that she was missing. However, she manages to assemble a team of locals, which includes four high school students and a teacher. Prairie begins to work closely with them, not only revealing her secrets but also explaining her entire life story. Ultimately, she leans on this group for help, promising them that she can help rescue other missing people by rescuing them after opening a portal to another dimension. While her group has faith in the OA’s abilities, some parties remain concerned about whether she should be treated as a threat.

What is most amazing about the show is how it effortlessly breaks the fourth wall. To take a striking example, Prairie travels to another dimension where she exists as Brit, the actor who plays the character in the Netflix show. To further complicate matters, it turns out that Brit is also an actor who is shooting on set and Prairie’s injuries in one dimension are often mirrored by Brit in the other dimension as accidents on set. If the mind-bending plot does not immediately make sense to you, think along the lines of ‘Black Mirror: Bandersnatch’, but as a series.

The OA Season 3 Release Date: When does it premiere?

‘The OA’ Season 2 premiered on March 22, 2019 on Netflix. Unfortunately for the fans, on August 5, 2019, Netflix announced the cancellation of the show.

“We are incredibly proud of the 16 mesmerizing chapters ofThe OA, and are grateful to Brit and Zal for sharing their audacious vision and for realizing it through their incredible artistry,” said Cindy Holland, VP of Original Content, Netflix. “We look forward to working with them again in the future, in this and perhaps many other dimensions.”

The decision is extremely surprising considering ‘The OA’ was easily one of the best shows that the streaming service had produced in recent times. The only feasible reason could be that it didn’t have the viewership numbers that Netflix executives might have been looking for. Show’s co-creator also expressed her disappointment in an instagram post:

While it is unimaginable for Netflix to reconsider its decision, stranger things have happened in the world of television. So, even though the show stands canceled for now, we wouldn’t even rule out the possibility of it moving to a different network. If that happens, we will be the first one to report The OA season 3 release date to you.

Here’s the trailer for Season 2 below in case you need to refresh your memories.