The Opposition with Jordan Klepper: Cancelled or Renewed? 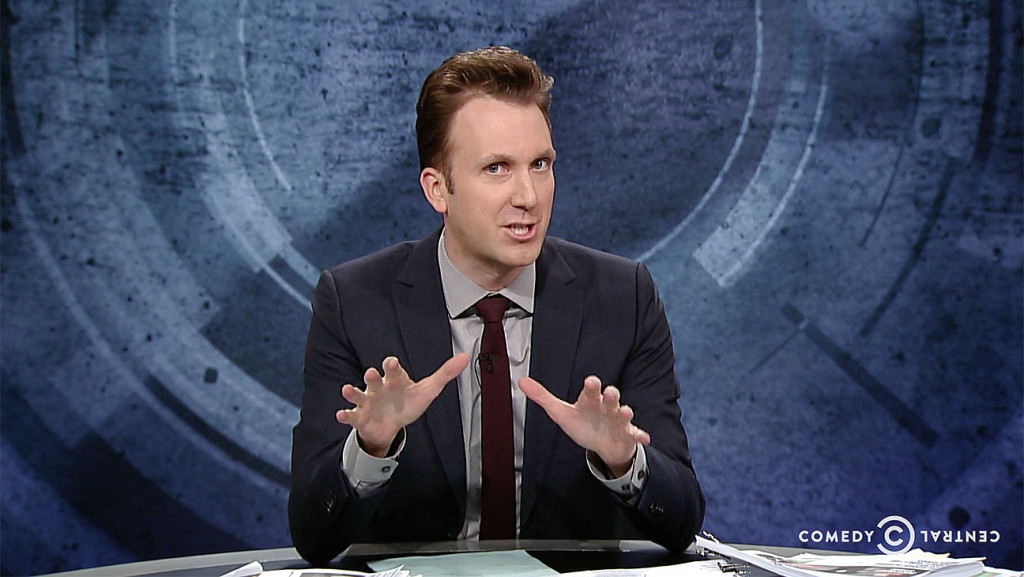 A late-night talk show in America, The Opposition with Jordan Klepper is a news satire program that was first released on the popular channel, Comedy Central on September 25, 2017 and continued until June 28, 2018. The host of this show is a former correspondent on The Daily Show and a comedian Jordan Klepper who satirises right-wing politics. The half an hour long talk show aired each Monday through Thursday at 11:30 pm (EST), following The Daily Show. Klepper, for three years, served as a correspondent on The Daily Show. His segments received a lot of positive reviews.

The total number of episodes in the season were 128 with each episode getting around three hundred and fifty thousand viewers. Quite obviously, it depends on the guest that has been invited. In the Trump’s era, it became a new platform for viewers to get their daily news, and in a light-hearted way, that I must mention. But still, there were others who have been in the game for long, and the competition was tough, however, still, a decent per cent of the country’s population watched the show.

The Opposition with Jordan Klepper: What’s it about?

The show was written by Jordan, Ian Berger, Russ Armstrong, River Clegg, Chelsea Davison, Pia Glenn, Justine Tyler, and Owen Parsons. Every episode has a new guest who is working in a different field be it film actors, directors, comedians, journalists and more. The theme of the show was, as mentioned earlier, a satire. This idea has never been used in its full potential before which was a plus point, and Jordan used it in the same way, delivering to the audience the real picture of what’s happening around. And the best part was that they didn’t have to twist the story to make it funny, they just exploited the humor that was coming from the White House, whether it was due to the president or any other member of his committee.

There has been a drastic change in the media-government relationship, each one accusing other, and in such a scenario it becomes the job of people like Klepper to fact check every news as a neutral party and present it to the public. The very people from the government end up diverting the public’s attention from the real news, and the media gets continuously blamed for lack of truthfulness. The response from both the sides provides a good amount of content for Klepper and his show, and their main task is to channel these contents accurately as much as possible. The most important of all, we should not forget that it is because of these late night talk show hosts and their teams like Klepper’s and others that we are provided with the news of an entire day in a way that is enjoyable. At the same time, no matter what the news is, just when they say that ‘It has been a crazy day,’ get ready to laugh your butts off.

The Opposition with Jordan Klepper: Who’s in it?

Jordan Klepper served as the host of the talk show. The show incorporated “citizen journalists”, which is a similar concept to The Daily Show correspondents.

The Opposition with Jordan Klepper Season 2: Canceled or Renewed?

The Opposition was always a delicate high-wire act. However, Comedy Central, on June 15, 2018, announced that it was cancelling the show after one season. The final segment had no guests, and it was just Jordan and the viewers where he concluded his experience of 127 episodes and had an imaginary sword fight with his liberal enemies. The good news is that Klepper would be hosting a new primetime weekly talk show called Klepper. The premiere date for the new show has not been confirmed yet, but it is expected to be announced soon.