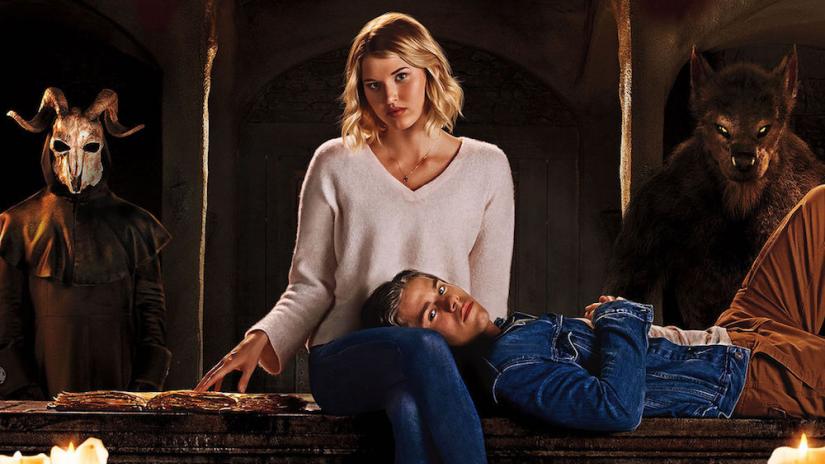 Content is king, and nobody knows this better than streaming platforms who have to compete in an extremely tough market to retain viewers, who tend to be fickle and will always switch to a provider who gives them better quality in terms of content. With existing giants like Amazon Prime and Hulu already building impressive libraries and upcoming platforms like Disney+ promising content on a scale never seen before, Netflix needs to step up its game if it wishes to retain its spot as a premier streaming service. Netflix understands this and enriched its content in the horror department with the addition of  ‘The Order’. The show brought an exciting blend of frights, supernatural creatures, and powerful incantations all in the backdrop of what is essentially a teen drama. This young adult drama followed the same successful formula as the recently released ‘The Umbrella Academy‘, combining realistic aspects of human life with supernatural aspects. The latest Netflix Original brought scares into the world of teenage supernatural angst.

The Order Cast: Who is in it?

The cast of ‘The Order’ Season 1 is led by Jake Manley, who plays the protagonist Jack Morton, Sarah Grey who plays Alyssa, his tutor, fellow magician, and eventual love interest, Matt Frewer, Katherine Isabelle, Sam Trammell and Max Martini, who plays the head of the titular Order. Manley is best known for ‘Heroes Reborn’ and for playing Bartholomew in an episode of ‘American Gods’, titled ‘A Prayer for Mad Sweeney’ while Martini is a veteran actor who has appeared in films like ‘Saving Private Ryan‘ and ‘Captain Phillips‘. Grey is famous for appearing in the 2017 Power Rangers reboot film but this will be her first major appearance in a series, while Frewer is a familiar face from ‘Altered Carbon’ and ‘Orphan Black’. Trammell is known for his appearance in ‘True Blood’. The series has been created by Dennis Heaton, best known for ‘Ghost Wars’ the Netflix Original horror, and Shelley Eriksen. According to reports, Nomadic Pictures, the production company behind shows like ‘Van Helsing’ is handling this show. Chad Oakes and Mike Frislev of Nomadic are also going to act as executive producers along with David Von Ancken.

The Order Plot: What is it about?

‘The Order’ is essentially a supernatural drama that will follow the adventures of Jack Morton, a teenage boy who is out to avenge his mother’s death. He joins a secret order and begins to harness powers of magic. However, things soon go sideways, when he finds himself caught in a war between werewolves and dark magic practitioners. The show promises to be thrilling, dark and sexy in equal measures as we are plunged into a world of monsters, magic, and intrigue. The trailer gives us a little more idea about what the story of the show will explore.

We are told that magic is all around us and then Morton is shown joining Belgrave University where he asks Alyssa, the tour guide, about The Hermetic Order of the Blue Rose. Although his inquiries are initially dismissed with Alyssa calling the order ‘fake news’, Morton soon finds a blue rose with an invitation to join, on his dorm bed. At the clandestine initiation meeting, Morton is told by the Grand Magus of the hermetic order, Edward Coventry or Martini’s character, that they are all expecting big things from him.

As the members take off their rather spooky masks, we see that Alyssa too is a member of this secret group. His initial days soon sees trouble, when a werewolf begins tearing through the secret group’s new recruits. As Morton begins tracking this creature, he is tasked with learning magic to stop this furry foe with the help of Alyssa. Alyssa comments how they appear to be stuck with each other but Morton seems glad to have her as his tutor. The gladness quickly turns into something more for both of them. We are shown that the new members of the Order are warned not to be naive enough to think that they are the only ones who harness the powers of magic. Surely enough, as Morton journeys deeper into the reality of the underground war between the dark arts practitioners and werewolves, he discovers some dark family secrets. There appears to be a price our protagonist might have to pay, a sacrifice to be made for the sake of magic.

We are given a display of powerful incantations, a blooming romance between Morton and Alyssa, and the Order’s leader’s show of power through magic spells. While there are some cliched tropes and familiar supernatural elements in the show, the addition of the protagonist’s life on the school campus, and the werewolves are likely to give the upcoming series its own unique flavor and perhaps set up for some moments of humor as Morton has to balance his life as a student and member of the Order. The show promises to be a journey filled with magic and terror where the protagonist will have to face the monsters outside and uncover his true self to meet the monster lurking within.

The Order Season 2 Release Date: When will it premiere?

‘The Order’ Season 1 premiered on March 7, 2019. Each episode is a thrilling experience into the magical world. Now, I am sure, all the fans would like to know when season 2 is going to air. Well, the good news is that on March 28, 2019, Netflix announced that it has picked up the show from Canadian production company Nomadic Pictures for another season. Even though there was no mention of when the next season will air, our best guess is that The Order Season 2 release date could fall sometime in late 2020. We will update this section as soon as we have learn more.

You can check out the trailer of ‘The Order’ Season 1 below.