The Orville Season 3: Everything We Know 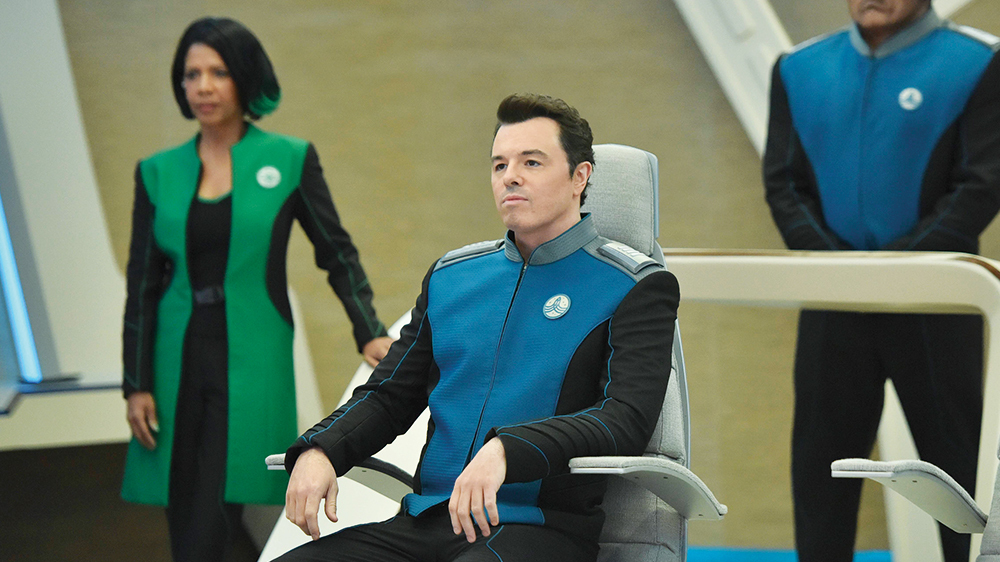 ‘The Orville’ is a science-fiction comedy-drama series inspired by shows such as ‘Star Trek’ and ‘Next Generation.’ Set in the 25th century, it revolves around the crew of the spaceship USS Orville in their standalone adventures. Created by Seth MacFarlane, who also features as the protagonist Ed Mercer, the series premiered on September 10, 2017, on Fox.

The first season of the space action-adventure series was not received well by the critics, but season 2 managed to garner a favorable response. However, the show is popular among the viewers and enjoyed successful ratings on Fox. Naturally, fans must be eager to know whether or not there will be a season 3. Well, here is all that you need to know about it!

‘The Orville’ season 2 released on December 30, 2018, on Fox, with the season rounding up on April 25, 2019. The second season comprises 14 episodes that run for about 48 minutes each. As far as the news of season 3 is concerned, here is what we know. The show was renewed for its third outing on May 11, 2019. On July 20, 2019, MacFarlane announced during the San Diego Comic-Con that the series would be moving from Fox to Hulu.

The principal photography for season 3 began in October 2019 but was halted midway in March 2020 due to the Coronavirus pandemic. Even though production resumed in December 2020, it was forced to pause in January 2021 to prevent risking the health of the cast and crew because of the rise in the cases of COVID-19 in Los Angeles.

It is not clear if the show is back in production, so an exact release date has not been revealed yet. If the show resumes filming soon, we can expect ‘The Orville’ season 3 to release sometime in late 2021. The third season will comprise 11 episodes that will be released weekly on Hulu. Each episode will be 12-15 minutes longer than usual.

The cast for season 3 has been confirmed. It will include Seth MacFarlane portraying Captain Ed Mercer, the Commander of the Orville. Adrianne Palicki will essay the role of Commander Kelly Grayson, the first officer of the Orville, and Mercer’s ex-wife. Other cast members are Peter Macon Jerald (Lt. Cmdr. Bortus), Penny Johnson Jerald (Dr. Claire Finn), Jessica Szohr (Lt. Talla Keyali), J. Lee (Lt. Cmdr. John LaMarr), Scott Grimes (Lt. Gordon Malloy), and Mark Jackson (Isaac). Anne Winters has also joined the cast and will portray Charly Burke, while Chad Coleman will be seen in a recurring role as Klyden.

Each season of the series has standalone episodes. However, co-producer and editor Tom Costantino said that there would be continuity of subjects in the upcoming season. The third season is expected to be more dramatic and rich in action-based narratives. Since each episode will also get more air time, the plots and special effects will be more elaborate. MacFarlane has shared that the viewers will see the repercussions of Kaylon’s attack on the Planetary Union and how that impacts Isaac.

The creator also teased Alara Kitan’s return in season 3. There is a possibility of exploring the planet Xelaya. The third season will dig deeper into the question: Who are the Krills? Dr. Finn’s “revelation” was supposed to be a part of season 2, but it might finally make it to one of the storylines in the third season. MacFarlane also told a fan on Twitter that the third season will “up the stakes.” Whatever narrative threads that the show has set up in the previous seasons will become more “obvious” and be built upon in the third installment. Fans can also look forward to many parties in season 3!