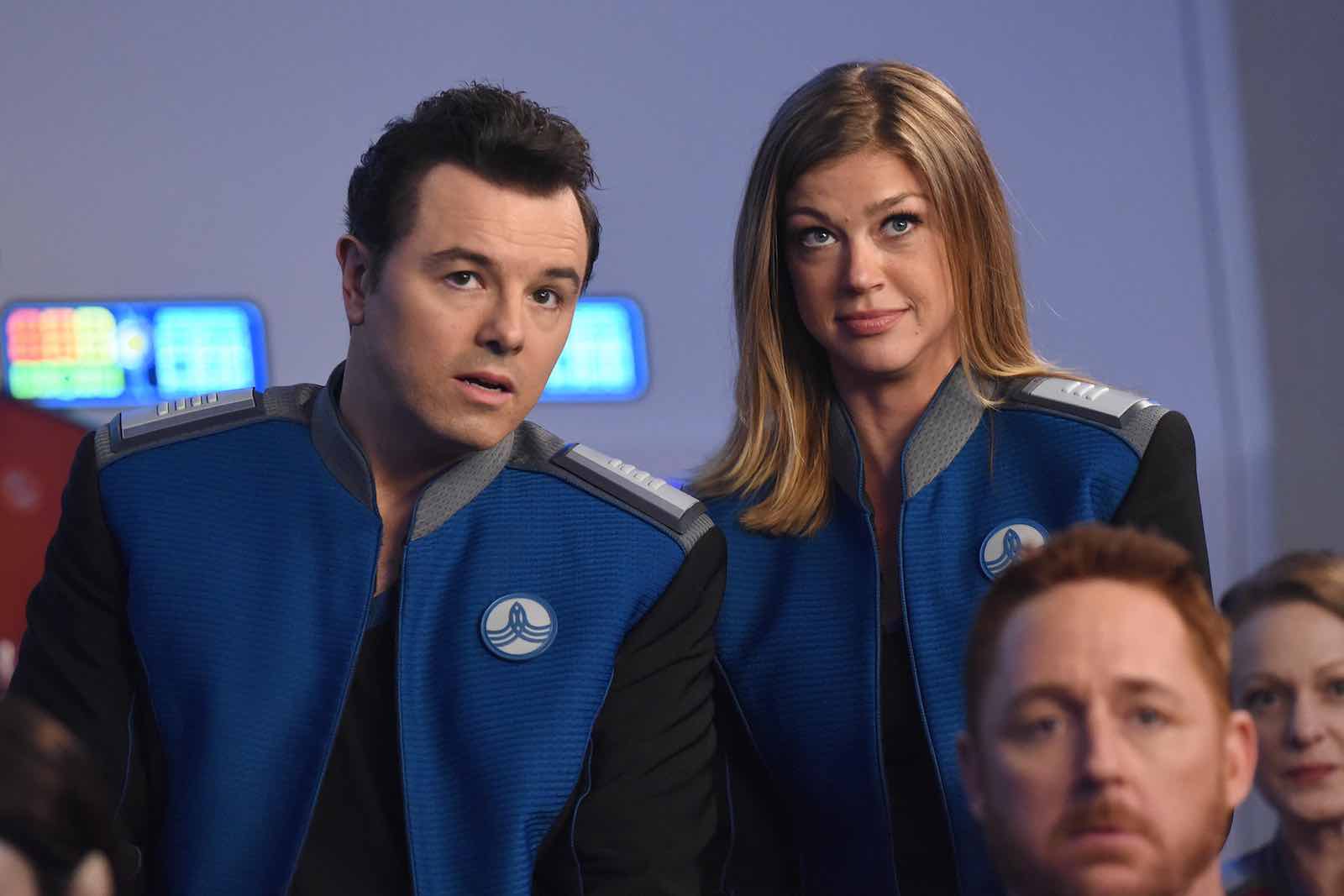 Created by Seth MacFarlane, ‘The Orville’ is a comedy-drama series that centers around the spacecraft USS Orville, an exploratory vehicle that’s commissioned to travel across the galaxy for planet explorations and civilization studies. Set in the 25th century, the show follows the members of the Orville mission, especially Captain Ed Mercer and Commander Kelly Grayson, a separated couple who head the crew of the vehicle. The encounters that the crew members have with other civilizations make up the content of the show.

Inspired by the ‘Star Trek’ franchise, ‘The Orville’ is a rare blend of advanced science fiction and a riotous parody of its inspiration. The show first premiered on September 10, 2017. It garnered unfavorable consensus from the critics for its inaugural season but was lauded by the audience for its innovative approach that successfully combines dramatic and comedic elements. The second season earned praise for its unique narrative. Season 2 ends in a brilliant showdown, offering the viewers a spellbinding experience. As the long-awaited third season is getting all set for the premiere, here’s everything we know about it!

On May 11, 2019, Fox announced the renewal of ‘The Orville’ for a third season, and on July 20, 2019, creator Seth MacFarlane announced at San Diego Comic-Con that the show would move to Hulu for its upcoming round. Fans will be delighted to know that ‘The Orville’ season 3 is set to premiere on March 10, 2022, at 12 am ET on Hulu.

Due to the change in networks, enormous production design, and a global pandemic, the filming of the third season was filled with challenges and obstacles. The crew and the fans were frustrated alike by the slow pace of the production, increasing the never-ending wait for the new installment. After several interruptions in the filming of the third season, the production finally wrapped on August 11, 2021. The third season of the show is officially titled ‘The Orville: New Horizons’ and will have eleven episodes.

Halston Sage, who portrays Lieutenant Alara Kitan, will not be returning for the third season as part of the main cast. In season 2, Alara Kitan resigns from her post in the spacecraft to return to her home planet. However, it is possible to see the actress make a guest appearance. Norman Gene Macdonald, the voice behind Lieutenant Yaphit, passed away in September 2021 due to acute leukemia. It is unclear whether we will hear his voice in season 3 since it is uncertain if he was able to record his lines.

On a different note, Anne Winters has joined the cast for season 3 as Charly Burke. The actress is known for her performance as Chlöe Rice in ‘13 Reasons Why.’ Eliza Taylor, who you may recognize as Clarke Griffin in ‘The 100,’ will also be a part of the mix in an undisclosed role.

Season 3 might highlight the consequences of Kaylon’s attack and how Ed and his crew will bring normalcy back into the lives of the crew members. It might also explore what’s in store for Isaac as he sides with the Union and fights against his own tribe. The third season might explore the relationship between the members of Orville and the species of Krill in a different dimension as the species could help Orville fight the Kaylon. Orville is also expected to continue their expeditions to new planets and civilizations, with new troubles, amusing conundrums, mind-blowing battles, and parties in the way for the crew.