The Orville Season 4: Renewed or Cancelled? 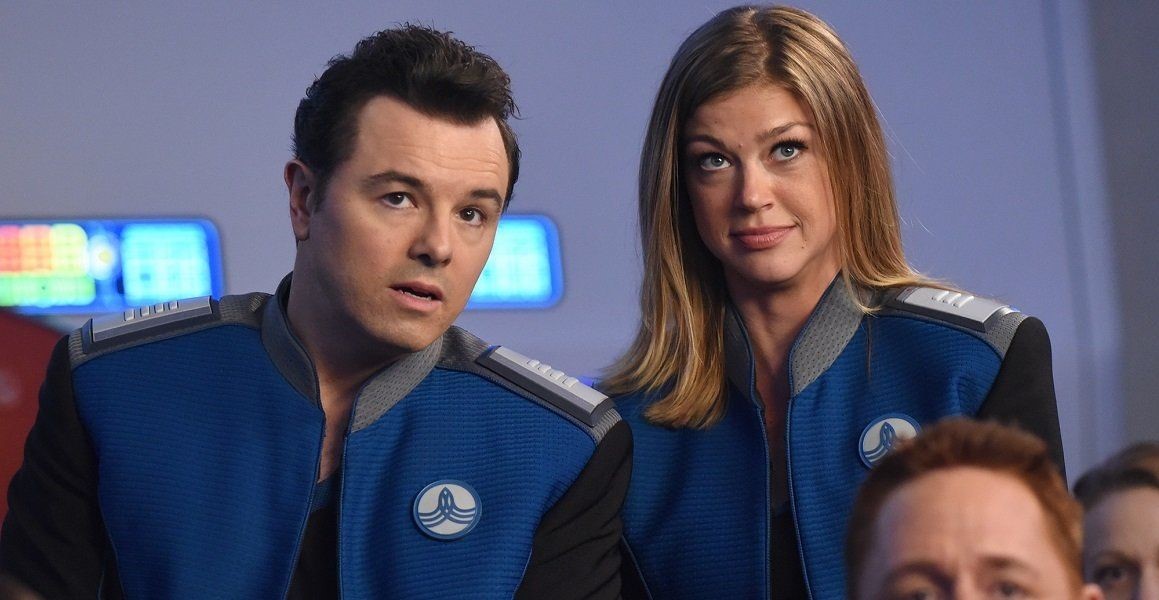 Loosely inspired by the original ‘Star Trek’ and its successor ‘Star Trek: The Next Generation,’ ‘The Orville‘ is a science-fiction comedy series that follows the crew of the titular starship named USS Orville. Set 400 years in the future, the narrative involves the exploratory ship and the various dangerous adventures that the crew encounters in their journey across space. Created by Seth MacFarlane, the comedy series originally premiered on September 10, 2017, on FOX.

The show has quite a unique premise when it comes to comedy-drama shows, which took most people by surprise; hence, the low ratings in the debut season. However, the homage and satirical play of the ‘Star Trek’ that the series is centered upon was much more appreciated by the fans of the classic show, probably because they found it nostalgic with a hint of humor. Now that the third season is up and running, fans are already wondering if they will get to watch its fourth installment. Well, here is all the information regarding the potential season 4 of the show!

‘The Orville’ season 3 premiered on June 2, 2022, on Hulu, with the season finale airing on August 4, 2022. The third iteration of the science-fiction series consists of ten episodes with a runtime of around 60 minutes each.

As far as the show’s fourth installment is concerned, here is all that we know regarding the same. Although nothing has been made official by the network or the producers of the show, it seems that the comedy-drama has run its course after its third round. In August 2021, the series creator and one of the protagonists, Seth MacFarlane, along with other cast members were released from their respective contracts. Since then, most of them have moved on to other projects.

In fact, MacFarlane is involved in the series ‘Ted,’ which is based on his own movie franchise, as he is set to reprise his voice role as the titular character. Not only that, another cast member of ‘The Orville,’ Scott Grimes, is cast as a series regular, reuniting him with MacFarlane. This means that if the show was to return for a fourth round, it would be quite tough to reassemble the entire cast.

Although there are currently no plans for ‘The Orville’ season 4 and all the signs point toward the cancellation of the show, reports suggested that season 3 is not created with a definitive ending in mind. So, there is scope for the series to return if and when MacFarlane wants to revisit it in the future. Taking all these factors into account and being optimistic that the show gets renewed in the future, we can expect ‘The Orville’ season 4 to release sometime in 2024.

The Orville Season 4 Cast: Who can be in it?

Other cast members who are likely to return if the show gets recommissioned are J. Lee (Lieutenant Commander John LaMarr), Anne Winters (Charly Burke), Victor Garber (Fleet Admiral Halsey), Chad Coleman (Klyden), BJ Tanner (Marcus Finn), and Kai Wener (Ty Finn). Moreover, there might be some new additions in the cast lineup to keep the plot enthralling. Thus, we may get to see a few fresh faces in the potential season 4.

The Orville Season 4 Plot: What can it be About?

In the previous seasons, the crew of the USS Orville is seen exploring different parts of the galaxy, coming across undiscovered places, and getting into dangerous adventures. So, if the show gets greenlit for the fourth round, we expect nothing different. We are likely to see Captain Ed Mercer still in command of the Orville as he and the crew set off on a new set of adventures in a different part of the galaxy.

Read More: Where Was The Orville New Horizons Filmed?