Will There be a The Other One Season 2? 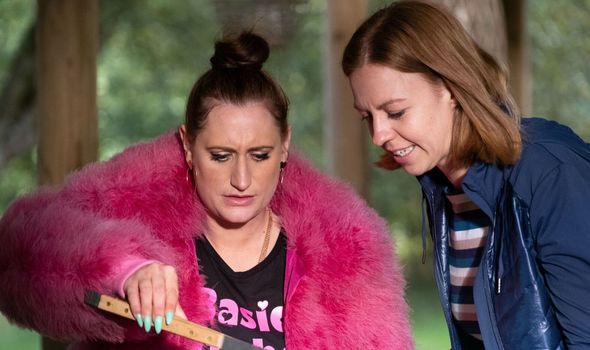 ‘The Other One’ is BBC’s hilarious, female-driven comedy about two estranged sisters. The story commences when two identical women discover that they are siblings only after their father’s death. The brilliantly scripted series, which boasts one of the wittiest scripts ever, is created with a lot of heart. Written by Holly Walsh and Pippa Brown, its first installment received enough love from fans to make us hopeful for a second season. Here’s everything that has been revealed about its follow-up edition so far.

The Other One Season 2 Release Date:

As of now, the BBC has not confirmed if ‘The Other One’ will be getting another season. But if you know the trend, the channel usually makes announcements about the future of its shows, after a few months following the finale. However, on a positive note, the crew of ‘The Other One’ hinted on whether they want to continue with a new season during the first installment’s virtual screening. Writer Holly Walsh stated that she is all set to pen more stories. She further added that since season 1 ends on a cliffhanger, a follow-up edition is required to close off the unanswered questions.

If BBC echoes the same sentiments, they will definitely consider renewing the series. Whenever that happens, we expect ‘The Other One’ season 2 to premiere sometime in Summer 2021.

The Other One Season 2 Cast: Who Can be in it?

Lauren Socha plays Cat Walcott, an outgoing Deliveroo driver, who is the complete opposite of her identical half-sister Cathy Walcott (played by Ellie White). Cathy is uptight, responsible, and works in an organization that insures insurance companies. Rebecca Front stars as Tess, Cathy’s mother, who discovers that her dead husband Colin had a second family. Siobhan Finneran essays the role of Marilyn (Cat’s mother and Colin’s free-spirited mistress). Amit Shah plays Marcus (Cathy’s fiancé) while Simon Greenall stars as Colin. Colin is mostly shown in flashbacks, leading a double life with two families. Season 2 should see the entire lead cast making a comeback.

The Other One Season 2 Plot: What Can it be About?

Following the death of her dad Colin, Cathy discovers that he had been having a secret affair with a woman named Marilyn. Not only this, but she also learns that she has a polar-opposite identical half-sister, Cat. While Colin’s wife struggles to come in terms with the fact that her husband had been leading a double life, Cathy meets Cat, and eventually uncovers that the two siblings have a lot more in common — apart from their appearance.

Following multiple ups and downs in this new journey, Cat and Cathy finally start bonding with each other. However, toward the end, Marilyn discovers Colin’s will that gives a shocking bit of news. The first season ends in this very cliffhanger, which is expected to be addressed in the upcoming edition.