What to Expect From Outlander S05 E02? 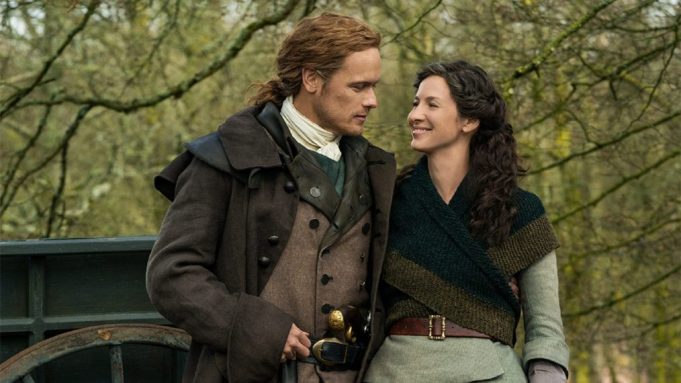 ‘The Outlander‘ is a historical drama based on Diana Gabaldon’s works. Currently, on Season 5, the show remains just as popular. The story centers around a World War II nurse, who is transported back in time, and meets a Highland warrior during the Jacobite risings.

With such an interesting premise and a proven track record, you might be interested in knowing what goes down in the Season 5 premiere. We will tell you that after walking you through when and where to watch the upcoming episode.

The Outlander Season 5 Episode 2 Release Date: When Will It Premiere?

‘The Outlander’ Season 5 Episode 2 is slated to be released on Sunday, February 23, 2020, at 8 pm ET. You can check out the promo of the upcoming episode below. Titled “Between Two Fires” we see Jamie trying to decide his next move, having freed Murtaugh from the oath. At the same time, he needs to be wary of Governor Tryon.

Where to Watch The Outlander Season 5 Episode 2 Online?

‘The Outlander’ is on Starz, meaning you can watch it with a cable connection. In the absence of one, head to the Starz site, and stream the show. Cord cutters have a host of options like YouTube Tv, DirecTv, and Sling Tv. If you are a Hulu or Amazon Prime subscriber, you can add Starz to your existing plan and access all their content, including ‘The Outlander’.

The episode starts with a flashback, as we see Murtagh pledging an oath to a young Jamie. In the present day, we see preparations underway for Roger and Bree’s wedding, as Jamie and Claire reminisce about theirs. Claire’s voiceover fills us in as we are informed that they live on Fraser’s Ridge among a larger group of settlers.

The wedding ceremony itself is lovely and joyful, although Murtagh cannot make it, and some unwelcome guests like Governor Tryon are present. The night of the wedding has a lovemaking montage, as Jocasta meets Murtagh, Bree and Roger consummate their marriage, and Claire and Jamie struggle to have a good time without waking Jem.

Jamie, meanwhile, invites Josiah to stay in the same settlement as them. Claire is unwilling, at first, because he has the mark of a thief, but Jamie is sympathetic. Roger and Jocasta have a disagreement about the latter’s property, which prompts Roger to claim Jem as his own, with a blood oath. Trouble is around the corner for Jamie as well.

Tryon comes to collect and instructs Jamie that he has to hunt and finish off Murtagh. Jamie gathers some people, gets into gear and prepares for the hunt. We have a slightly problematic but visually resplendent scene here, as he burns a cross to mark the start of the hunt. Obviously, the burning cross of the Scotsmen went on to be incorporated by the KKK as an intimidation tactic, enforcing their racism. However, considering the historical context in which it is used, the show does no wrong.

Finally, we see Jamie and Murtagh spending some quiet time, as the former releases the latter from his bond, and urges him to go far, and be difficult to track down.