When Will The Outpost Season 3 Premiere on The CW? 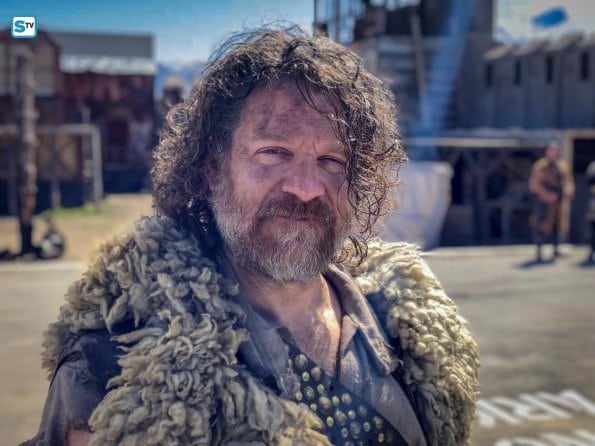 ‘The Outpost’ is an American fantasy-adventure drama television series that airs on The CW, and first premiered on July 10, 2018. The show has been created by Jason Faller and Kynan Griffin.

The series revolves around a character called Talon who is the sole survivor of the Blackbloods, which is a race. Determined to find the people responsible for the death of her parents, she sets out on a journey. While tracking these people, she discovers her supernatural powers which she has to learn to harness.

Since its launch, the show has had two successful seasons till now. Now, the question is when will ‘The Outpost’ Season 3 release? Well, let’s find out.

The Outpost Season 3 Cast: Who Can be in it?

The cast of ‘The Outpost’ stars Jessica Green of ‘Ash Vs Evil Dead‘ fame as Talon, Jake Stormoen as Captain Garret Spears, Imogen Waterhouse as Gwynn Calkussar or Princess Rosmund, and Anand Desai-Barochia as Janzo. These are the most important characters of the show and they will return for season 3. The new season introduces newcomers Georgia May Foote, Izuka Hoyle, Jaye Griffiths, with Adam Johnson becoming a series regular after his recurring role in the previous seasons.

The Outpost Season 3 Plot: What Can it be About?

‘The Outpost’ follows Talon (Jessica Green), the lone survivor of a race called ‘Blackbloods.’ Years after her entire village is destroyed by a gang of brutal mercenaries, Talon travels to a lawless fortress on the edge of the civilized world, as she tracks the killers of her family. On her journey to this outpost, Talon discovers she possesses a mysterious supernatural power that she must learn to control in order to save herself, and defend the world against a fanatical religious dictator.

When the show starts, we are introduced to the Blackbloods who are elf-like creatures who appear to have a love for nature. However, before we can get acquainted with them, they are swiftly eliminated by mercenaries who are sent by some political order or the other.

The show does not have a rich political context, or the inclination to explain it very well to the viewers. Anyhow, we are introduced to our protagonist Talon, who sees her parents murdered and obviously has revenge on her mind. As a montage of shots takes her from one poorly lit landscape to another, viewers are left asking if this is the kind of cheap appearance that a show with aspirations of being an addition to the fantasy genre should have.

On her journey, Talon soon runs into trouble and is saved by Garret, who takes her to the Outpost. It is soon established that this place is some sort of cliched haven for those on the run, the misfits, and those trying to get away from their past. It is the typical shady place where one expects the protagonist to form some alliances and pick up leads about their quest. The show does not disappoint in this regard.

Season 2 ends with The Prime Order attacking the Outpost and Talon risking everything with a bold plan, as Garret seeks his revenge. Clearly, there’s still a lot left in the story and the subsequent season will help the show come to a fitting end.

You can check out the trailer for Season 3 below.