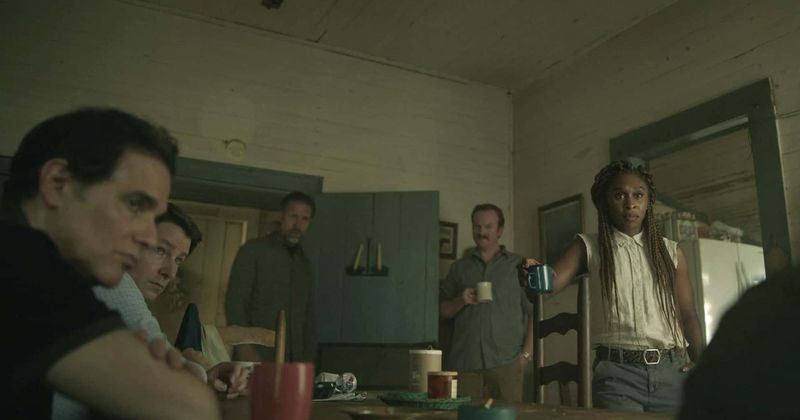 After the cat-and-mouse game in ‘Tigers and Bears’, the final episode of ‘The Outsider’, titled ‘Must/Can’t’ is to close the case. It had started with the murder of Frankie Peterson and the arrest of beloved high school coach, Terry Maitland. Detective Ralph Anderson tried to make sense of what was in front of him and what his gut told him, but all of it turned into a mess that left a trail of dead bodies in its wake. But now, everything is clear and it is all about killing the monster behind all of this.

Where to Stream The Outsider Episode 10 Online?

This is it. This is the end of ‘The Outsider‘. After chasing around after the monster, Holly and Ralph finally confront the monster that had been terrorising them for so long. The penultimate episode was about finding out where the monster is. The final one is all about the battle and the question of who will survive it. If you have read the book, then you already have an idea of how the events eventually shape up and who comes out of it alive and in one piece, though not unscathed.

However, it had become clear early on that the show has taken a significant turn from how things happen in the book. So, no matter what you know and hope, it could turn out to be even more disastrous than the ending the book had settled with. One thing is for sure, people are going to die. Alec is already gone, no thanks to Jack Hoskins. Because Ralph and Holly are the leads of the story, it makes sense not to kill them so easily. There is no question about it that, in the end, it will come to down to them and El Cuco. But what about the rest?

Jack has tried to survive all this time, and there have been situations where we pitied him. But there is no way we expect him to make it out alive, especially after he kills the ones that we have been siding with all this time. In any case, it won’t end well for him. The last person El Cuco had made its slave got himself killed, and we don’t expect anything else from Jack.

This leaves us with Yunis Sablo and Andy Katcavage. In one of the previous articles, I had expressed my concern over the fate of Andy. He is a likeable character and is fairly close to Holly. We wish he makes it out alive (the poor guy got in the mess just for love), but in all honesty, he just might be the first one to die in the next episode. The same could be said for Sablo.

Read Next: The Outsider Episode 9 Review