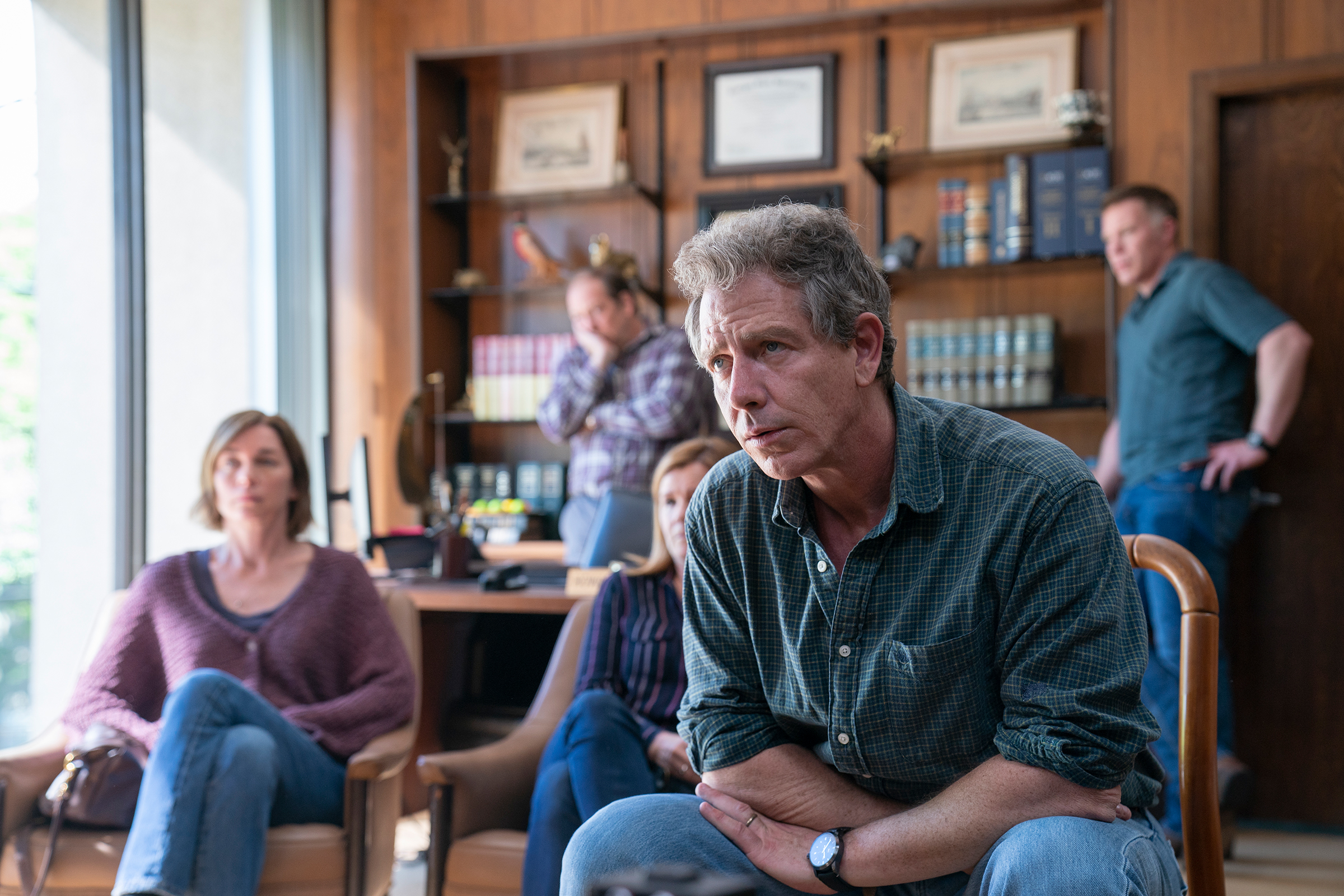 While watching horror movies, there are times when we are at the edge of our seat, shouting at a character to not do a certain thing, but they still do it and then end up dead. Something similar happens as we watch Holly Gibney fall into Jack Hoskins trap. She doesn’t know it, but he is not taking her to the barn to help her get some tangible proof of the supernatural entity that she has been chasing all this while.

In fact, the previous night, he was beaten to a pulp by the ghost of his mother and tortured by the thing that controls him through a mark it has left at the back of his neck. He had been rewarded when he successfully placed himself in the investigation and helped drive away Tamika. If he needs a similar reprieve from the pain, he needs to please the Outsider again. And for that, he’ll have to stain his hands with blood. But his victim is onto him.

What would you do if you were in Holly’s place? What would you do if you just discovered that the person sitting next to you in the car, that is headed towards a secluded barn and is on an empty road, is the devil’s puppet? We’ll have to wait for a week to find out how she manages to get out of this situation, unscathed. In the meanwhile, let the question brew in your mind and explore your options. Here are the details and spoilers for the next episode.

The Outsider Episode 7 is set to release on February 16 at 9 pm ET.

Where to Stream The Outsider Episode 7 Online?

Titled ‘In the Pines, In the Pines’, the seventh episode of ‘The Outsider’ will clear the air on Holly’s fate. The question of “will she, won’t she (live)” will be addressed and how exactly will she escape it, if she succeeds in doing so, will be the thing to watch. There’s a possibility that Holly could die; HBO shows are not known for being kind to any of their characters. However, it wouldn’t do the plot any good. If she dies, the Outsider wins, and that can’t be allowed. There is no point of a fairy tale if it doesn’t teach us how to kill a dragon; just telling us that they exist doesn’t help anyone.

Holly will find a way to run away from Jack. She might call Ralph or simply run off into the woods or hit Jack with her car and drive away. Or, she could talk to him. What if, instead of killing her, Jack changes his mind and asks for her help. What if she confronts him about the scar at the back of his neck and then convinces him to act as a double agent so that they can catch the Outsider.

In the next episode, we also expect Sablo to find out more about Claude, whom he has been keeping a close eye on. Also, how many days has it been since Frankie Peterson died? Is it about time that El Cuco took another child?