Where to Stream The Outsiders? 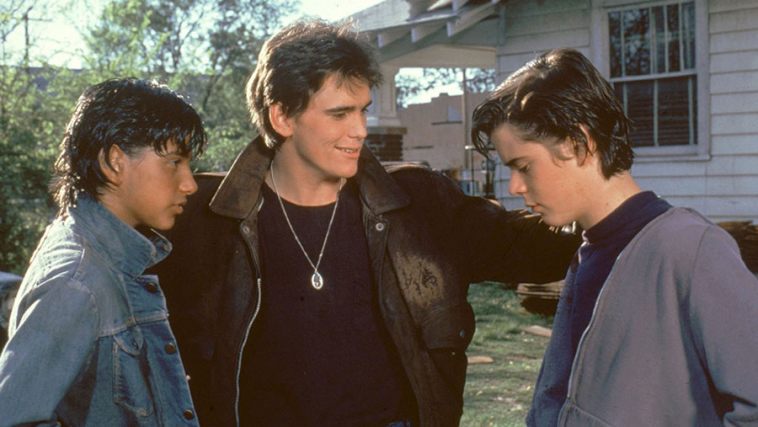 Francis Ford Coppola needs no introduction, having directed several films that are considered classics. ‘The Outsiders’ is a coming of age drama helmed by the director based on S. E. Hinton’s 1967 novel of the same name. A librarian at the Lone Star Elementary School, in Fresno, California, and her students were the inspirations behind the movie.

The cast is made up of fresh actors, who would go on to form the brat pack. The film follows a gang rivalry between the poor Greasers and the rich Socs, which only escalates when one of the members kills a rival gang member. Not only did the movie perform well at the box office, but received praise from critics as well, particularly for the performances. Eventually, it went on to become a cult classic. Naturally, you must be wondering where you can stream and watch ‘The Outsiders’. We are here to tell you that, but first, let us walk you through the plot of the film.

What is The Outsiders About?

‘The Outsiders’ is set in Tulsa, Oklahoma, where we are introduced to the greasers, a gang of tough working-class teenagers who come from low-income backgrounds. They have a rivalry with the Socs, who are wealthier kids hailing from the other side of the town. The tensions between the gangs escalate when two members of the Socs see some of the greasers talking to the Socs’ girlfriends. The girls don’t allow the situation to escalate, going back with the Socs. However, later that night, two of the greasers are attacked by some Socs. While they attempt to drown Ponyboy, a greaser, by dunking him in a fountain, Johnny pulls out a switchblade and stabs a member of the Socs to death.

When the boys realize that murder in Oklahoma is punishable by the electric chair, they flee to Windrixville on a cargo train. The boys need to change their appearances, so they cut their hair, and Ponyboy also bleaches his hair with peroxide. They spend time playing poker, with Ponyboy reading ‘Gone with the Wind’ and quoting Robert Frost’s ‘Nothing Gold Can Stay’. After a few days, they get good news about getting support in court. While the boys go out to get something to eat, they return to find that the church they were hiding in has caught fire. There are children trapped inside as well. The boys turn into heroes, rescuing the kids from the burning church. Although they are praised for their courage, Johnny gets charged with manslaughter.

Meanwhile, the Socs call for a rumble to solve their differences and to attempt to exact revenge for the death of one of the members. The greasers show up to the rumble and after a fight breaks out between the two gangs, the greasers end up winning. Ponyboy, who was injured in the fight, is taken to the hospital to meet Johnny. Meanwhile, Johnny is there, having been injured in the fire when they rescued the kids. Johnny is unimpressed by the news of the victory and passes away soon after. Unable to take his death well, Dallas, a gang member, spirals downward, using his unloaded gun to attempt to carry out a store robbery. He is shot and killed by the police finally. Ponyboy manages to find a letter from Johnny that says that saving the kids’ lives was worth sacrificing his own. He decides to turn a new page and gets away from the gang life, ultimately writing a school report about his experiences.

Is The Outsiders On Netflix?

Netflix has an amazing collection of movies and television shows. It sets apart the platform as a premier content provider. Though ‘The Outsiders’ is not on Netflix, you can check out ‘To All The Boys I’ve Loved Before‘. Coppola’s work is a coming of age story and Netflix’s film also explores the same theme, although the tone might be a little different.

Is The Outsiders On Hulu?

Hulu has a fantastic collection of movies and television shows that the platform keeps adding to constantly in order to stay ahead of the competition. Though ‘The Outsiders’ is not on Hulu, you can check out ‘Rushmore‘. Wes Anderson puts a unique spin on a coming of age story, where violence threatens to come to the surface in certain scenes as the director shows us that youngsters feel pain as sharply as adults and they lash out upon being hurt.

Is The Outsiders On Amazon Prime?

Amazon Prime has an enviable collection of movies and television shows, perhaps only bested by Netflix. While ‘The Outsiders’ is not available to Prime subscribers as is, you can rent or buy the movie and watch it on the platform. It costs $3.99 to rent and $14.99 to buy the film. Unless you are bent on keeping the film in your library, we would recommend renting. Check it out here.

Where Can I Stream The Outsiders Online?

No subscriptions to the major platforms? No worries. You can still watch ‘The Outsiders’. Head over to Fubo Tv to watch the movie. Obviously, you need to have a subscription to the platform to access the content.

Where Can I Watch The Outsiders Online For Free?

How could we forget about the freeloaders? Though ‘The Outsiders’ is a cult classic, some of you might want to watch it for free before deciding whether to purchase it. In that case, we have a solution for you: head over to Fubo Tv and use their free trial period to watch the film. Since it is just a movie, you should be done before your trial period is over. However, we would like to urge our readers to pay for all the art that they consume.