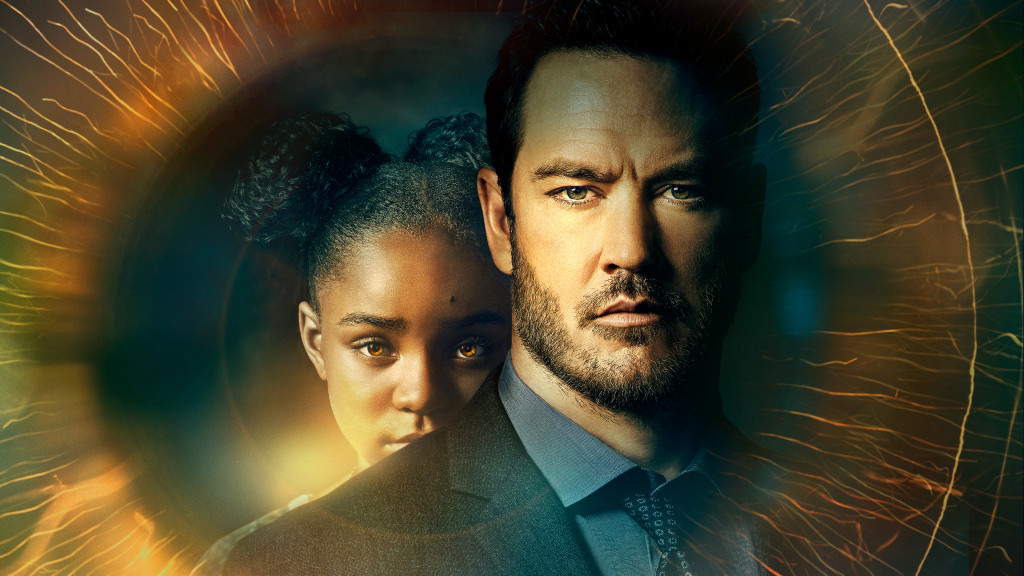 The Passage is an American television series based on the trilogy of novels with the same name written by Justin Cronin. The show tells the story of Amy Bellafonte, the main protagonist, who is stuck amidst a government conspiracy trying to save the human race from eradication resulting from the emergence of vampires.

Initially, it was planned to be a full-length film when Fox 2000 paid $1.75 million to acquire the rights of the films more than a decade back. As the filming process began and the crew was shortlisted, in 2016, the producers realized that the project was better suited for a television series and thereafter, Fox who was already on-board with bringing the novel to the screen, gave its commitment for the pilot. Finally, in May 2018, Fox ordered the series. The series premiered on Fox Television on January 14, 2019.

The Passage Cast: Who’s in it?

The central theme that the series revolves around, Amy Bellafonte, who is played by Saniyya Sidney. Mark-Paul Gosselaar plays Brad Wolgas, the Federal Agent, who is entrusted with the job of convincing Amy for the potentially dangerous project. Caroline Chikezie plays Dr Major Nichole Sykes, the lead scientist of the project. Jamie McShane plays Dr Tim Fanning, a former scientist who is brought on board to help with the execution. Brianne Howey plays Shauna Babcock, a death row inmate. Vincent Piazza plays Clark Richards, an ex-CIA officer, whom Brad had trainer earlier. Other characters include Henry Ian Cusick as Dr Jonas Lear, Emmanuelle Chriqui as Dr Lila Kyle and McKinley Belcher III as Anthony Carter.

Saniyya Sidney was asked in an interview if she had read the novels before she was approached for the series to which she said, “My dad actually, he read all three. My dad was a big fan of the books. I read some of the first book but not much. I just wanna, you know, go off of what I believe Amy is until I read it, but I definitely look forward to reading it soon. My dad has read all three and he was really excited…he was like, “Oh, my god! You’re playing Amy!”

The Passage Plot: What is it about?

The Passage is based on the first novel of the trilogy of the same name that was published in 2010. The show starts with the introduction of Amy Bellafonte, an orphaned 10-year-old. She is extremely smart, intuitive and a tomboy from head to toe. She becomes most sought after being selected for Project Noah.

Project Noah is a secret medical facility based in Colorado where scientists are seen to be experimenting with a dangerous virus that has he potential to either cure all diseases or eradicate the human race from the face of the earth. Amy is chosen to be a test subject for this project, and Federal Agent Brad Wolgast is given the responsibility to bring her to the facility. However, Brad and Amy become friends, when he re-iterates that her life is important, and for him, her safety is paramount. Brad and Amy’s journey brings them in a confrontation with Project Noah’s lead scientist, Major Nichole Sykes, and the ex-CIA officer in charge of the operations, Clark Richards, whom Brad had trained earlier.

The experimental cure that the scientists of Project Noah were working upon also had another dangerous side-effect. It brought with it vampire-like characteristics. Several people involved including former scientist Tim Fanning and death-row inmate Shauna Babcock, who were confined within the walls of the Project Noah facility, started showing these symptoms and were no longer willing to stay confined within the facility as they turned violent with their actions. They begin to test their own powers, moving closer to an escape that could possibly lead to an unbelievable disaster.

Mark-Paul Gosselaar does exceptionally well as Brad, however, the limelight is stolen by Saniyya Sidney as Amy, the spontaneous young girl with an ability to think on her feet. She is extremely natural in every scene and every dialogue she delivers is convincing. She is seen voicing her opinions despite being the youngest amongst the lot and isn’t hesitant to take initiative in times of threat. This inspires Brad to do the right thing in her hour of need. Together, their chemistry is a delight to watch, especially when they discuss unicorns.

For horror show fans, there is plenty of bone-chilling and unnerving material on the series. However, unlike other horror shows whose focus is on provoking anxiety amongst audience, this has more of action sequences and horrific concepts like mass deaths, ethical grey areas, invasion of privacy and so on.

The Passage season 1 premiered on January 14, 2019 after twelve years of planning. The show ended in March 2019 after ten episodes. As far as the next season is concerned, we have bad news for the fans. On May 10, 2019, Fox announced the cancellation of the show.

Due to several on-screen changes from the original novel, and a subtle deviation from the actual plotline, The Passage wasn’t quite able to maintain the viewership. However, the relationship between Any and Brad is extremely gratifying to watch and we expected the show to continue. Unfortunately, unless the show gets picked up by another network — chances of which look slim — we won’t be seeing The Passage season 2 release. We will update this section as we hear more.

While we wait for any positive news on The Passage season 2, check out the season 1 trailer to refresh your memories. If you haven’t seen the show yet head over to Fox to catch all the episodes of the first season.