The Plot Against America: Everything We Know 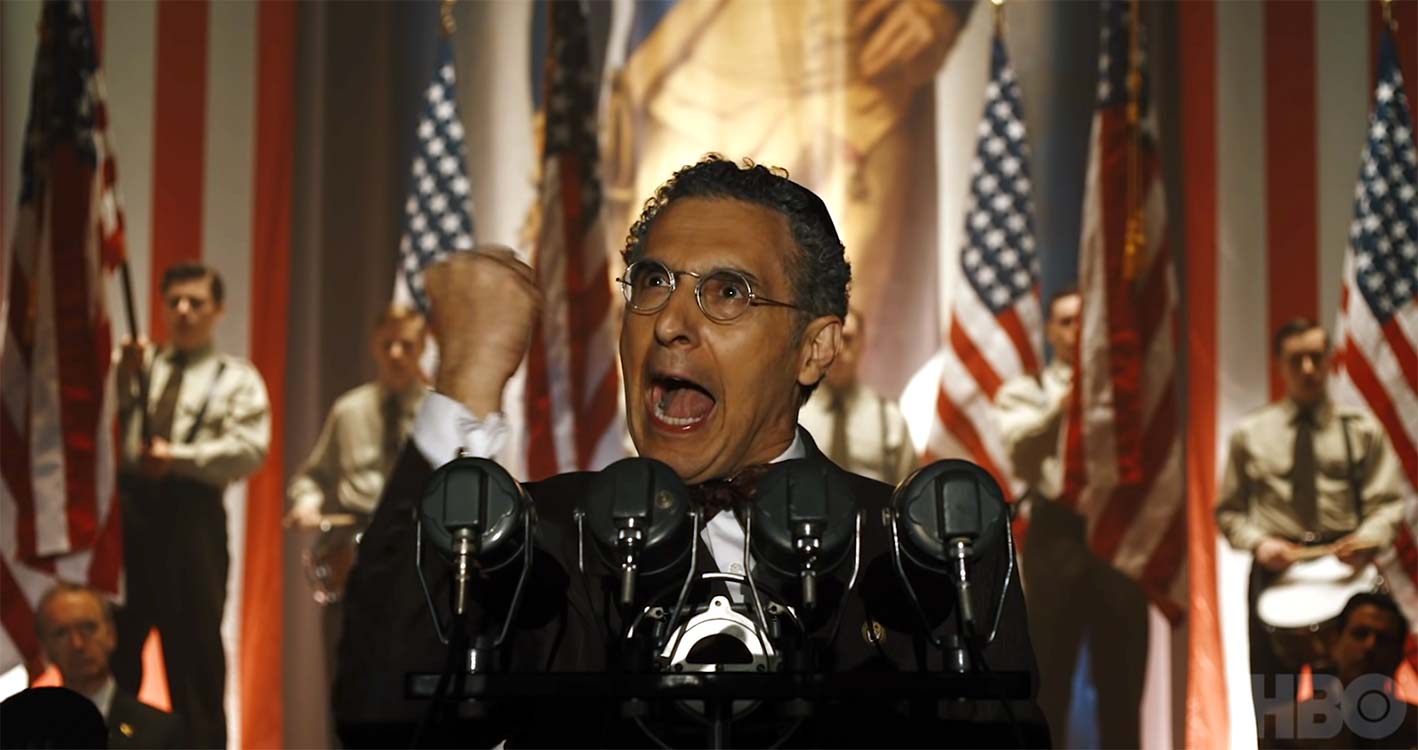 When it comes to timely and hard-hitting television shows, it does not get better than what HBO has to offer. Having given us such brilliant shows like ‘The Sopranos‘, or more recently ‘Chernobyl‘, viewers are constantly looking to the network for content that will make an impact on the current landscape of television shows. Well, the upcoming series titled ‘The Plot Against America’ surely has our attention, in this regard.

While it weaves a dystopic tale set in an alternate reality, the series aims to hit very close to home, in terms of sociopolitical relevance. Curious to find out about the show, before it airs? Don’t worry, we have all the details here.

The Plot Against America Season 1 Release Date: When will it premiere?

The Plot Against America Cast: Who’s in it?

‘The Plot Against America’ has a stellar cast, with members like Winona Ryder and John Turturro on board. The former plays the role of Evelyn Finkel, while the latter appears as Rabbi Lionel Bengelsdorf. John’s character is a conservative, who supports the rise of Lindbergh.

Later the rabbi becomes a key figure in his administration, which is why Evelyn, his love interest also becomes a frequent visitor to the White House. Zoe Kazan appears as Elizabeth “Bess” Levin, Finkel’s younger sister. Bess is married to Herman Levin, an insurance agent bent on achieving the American Dream. Morgan Spector plays the part.

David Krumholtz as Monty Levin, Michael Kostroff as Shepsie Tirschwell and Jacob Laval as Seldon Wishnow round out the cast. The drama comes from David Simon and Ed Burns who are best known for working on another acclaimed HBO series, ‘The Wire‘.

What is The Plot Against America About?

‘The Plot Against America’ is based on Philip Roth’s 2004 novel of the same name. The official HBO synopsis reads “A working-class Jewish family in New Jersey watches the political rise of aviator-hero and xenophobic populist Charles Lindbergh, as he becomes president and turns the nation toward fascism. This six-part re-imagining of history is based on the Philip Roth novel of the same name.”

The story is told, from young Philip’s perspective. The narrative traces how Lindbergh ascends to power, signing treaties with Germany and Japan, essentially changing the course of World War II. It reflects how the anti-semitic sentiments towards Jews increase. Ultimately, when Lindbergh’s plane and his child disappears, people put it down as a Jewish conspiracy, resulting in an unprecedented backlash against the minority community in the US.

Amidst all this, we have the Levins, as various members of the family get trapped in these social upheavals. It is through their differing views and ideologies that the political landscape of a dystopic USA is held up.

While many might feel that the show hits close to home due to President Trump’s stance about American conservatism, and a certain disdain towards minorities, David Simon, has opened up about what Roth said to him.

“He said, ‘Never confuse Trump for Lindbergh.’ He was trying to help me. [Lindbergh] was an astounding hero and an astonishing American icon after the flight. … He had the power that Trump as a reality show host and failed casino owner did not have. And yet Trump was able to market what he did have. He wanted me to be wary of making him Trumpist.”

The Plot Against America Trailer:

Excited about the show yet? While you wait for ‘The Plot Against America’ to air, you can check out the trailer below.

Read More: Shows Like Man in the High Castle