The Profit S08: Everything You Need To Know 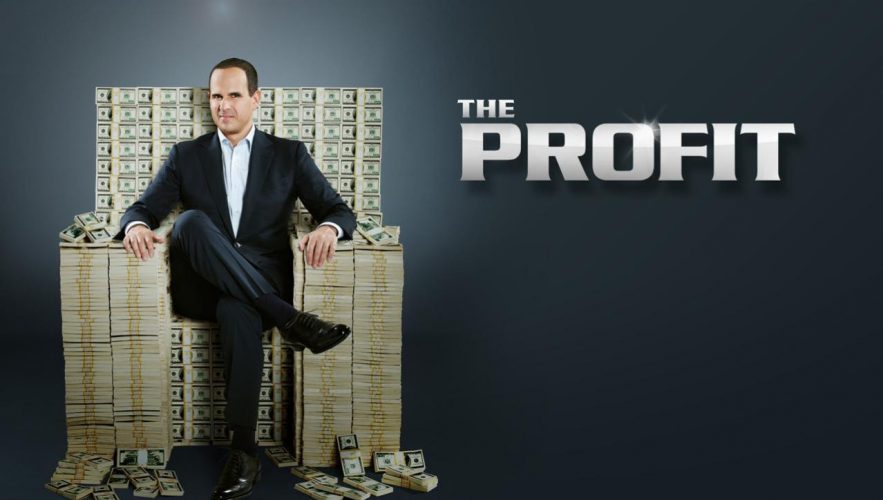 It has been proven time and time again in the history of modern entertainment media that reality TV can glamourise and add spice to almost everything imaginable. No surprise, therefore, that there are shows for almost all walks of life and all commonplaces – including professions.

The late 2000’s shift of reality TV back into the world of people, materials, and jobs at the grass-roots level have already been cemented by a pronounced subset of reality TV that particularly takes a look at various odd jobs at the melee, rather than the 90’s much-abhorred overdramatic, scripted, and (literally) staged talent shows. It is also said that we are living at an era where the silicon valley success stories have reached its natural socio-economic corollaries – we live in the age of entrepreneurship.

Startups are therefore both the norm of the day and a staple unique to post 2010’s reality TV. An offshoot to this trend has also merged well with another big player in the reality TV scene today – real estate and investment. Standing in 2020, we have already seen quite a number of new television ventures to visualize and dramatize the exploits of the investor sitting on the proverbial throne at the top of the hierarchy.

Unsurprisingly, CNBC has been the sole pioneering figure and proprietor of this new subgenre, with its 2014 experiment Restaurant Startup created by Chris Culvenor, which turned out to be a massive success in the long run. Although somewhat derivative to varying degrees, the next year’s CNBC showreel featured numerous attempts to capitalize on the short-lived success of Restaurant Startups and mass-produce the same formula with many shows.

This includes West Texas Investors Club, which adopted a very textbook documentary format and, Make Me A Millionaire Inventor, which was a very cleverly placed blend of many niche fulfillment criteria. The most famous of the lot had been 2016’s show Billion Dollar Buyer, starring entrepreneurship mogul Timon Fertitta.

The very first of these attempts, which still remains a high paradigmatic ideal of the formulaic expression and execution of these shows, is 2013’s The Profit starring Marcus Lemonis. It is so successfully executed, in fact, that it has continued to give us seven seasons full of quality content enriched with the tidbits, wisecracks, and nitty-gritty of startups and investment do/don’t lists. Here’s everything we know about The Profit season 8.

The Profit Season 8 Release Date: When Will It Premiere?

Over the years, The Profit has been the mainstay staple for CNBC’s primetime slots, with numerous round-the-year repeat telecasts – because the show has been universally well-received by fans of the genre. Hence, we are sure that it will get another season.

However, CNBC announces a new season only a couple of months before the actual season premiere. If renewed, we expect The Profit season 8 to premiere sometime in November 2020.

The bread and butter of the show, following the same formula as Billion Dollar Buyer, is not the content as such. Not the many varied businesspersons and owners of the show who are invested into, neither their often more colorful set of employers, but the man in the center himself: Marcus Lemonis.

As the show weaves through many different business ventures where Lemonis puts his money at risk and attempts to improve the quality of select business startups and turn a profit, there is nothing like an ensemble cast coming at the lit side of the camera, sans Lemonis himself.

He, therefore, plays the core role of both the investor who makes things happen and the protagonist figure from a narrative standpoint for us viewers. And this high station is well-deserved for Lemonis, as his person exudes charisma and energy, which are essential qualities for the demanding roles he is compelled to play.

Lemonis himself has nothing short of a nerve-wracking life, as he was a born in the world of a chaotic, war-torn Lebanon scrambled and destroyed by a raging civil war, whence he was adopted by a Greek couple living in Florida – in a peripatetic reversal of fate. He currently owns a number of large-scale business franchises like Camping World, Gander Mountains Inc., and Good Sam Enterprises.

The show is difficult to envisage without Lemonis at the center, and therefore it is all but confirmed that we would see him take the wheels up again when season 8 is finally renewed.

What Can The Profit Season 8 Be About?

The Profit, for all its worth, is a fairly formulaic show. And since it is so effective, the next season will also remain faithful to the formula. The premise of the show is simple: each episode, Marcus Lemonis chooses a struggling small-scale enterprise or business with otherwise good potential, invests and puts his own money on the line for them, and micromanages them arduously with his expertise in order to enable them to reach his desired scales of profit, taking a percentage of it as a tradeoff.

Since there has yet been no official trailer, check out this clip from the show. If you are just looking to dig into the show for the first time, you can also get a sneak peek on CNBC’s official page.