The Promised Neverland Season 2 Episode 7: What to Expect?

Based on a manga series written by Kaiu Shirai and illustrated by Posuka Demizu, ‘The Promised Neverland’ is a dystopian horror anime that tells the story of a world where humans are farmed as food for demons. The plot revolves around a group of children belonging to one such farm, Grace Field House. After realizing why they have been bred and brought up, the children successfully make their escape with the hopes of changing their world someday. The anime premiered on January 11, 2019. Season 2 began airing on January 8, 2021. Here is everything you need to know about the upcoming episode of ‘The Promised Neverland.’

In episode 6, Emma and Ray have a tearful reunion with Norman. They later take him to their hide-out, and the other children also come to know that Norman is still alive. Norman tells his siblings what happened to him. After he left Grace Field, he was taken to Lambda 7214, where adult humans and demons conduct experiments on young children. 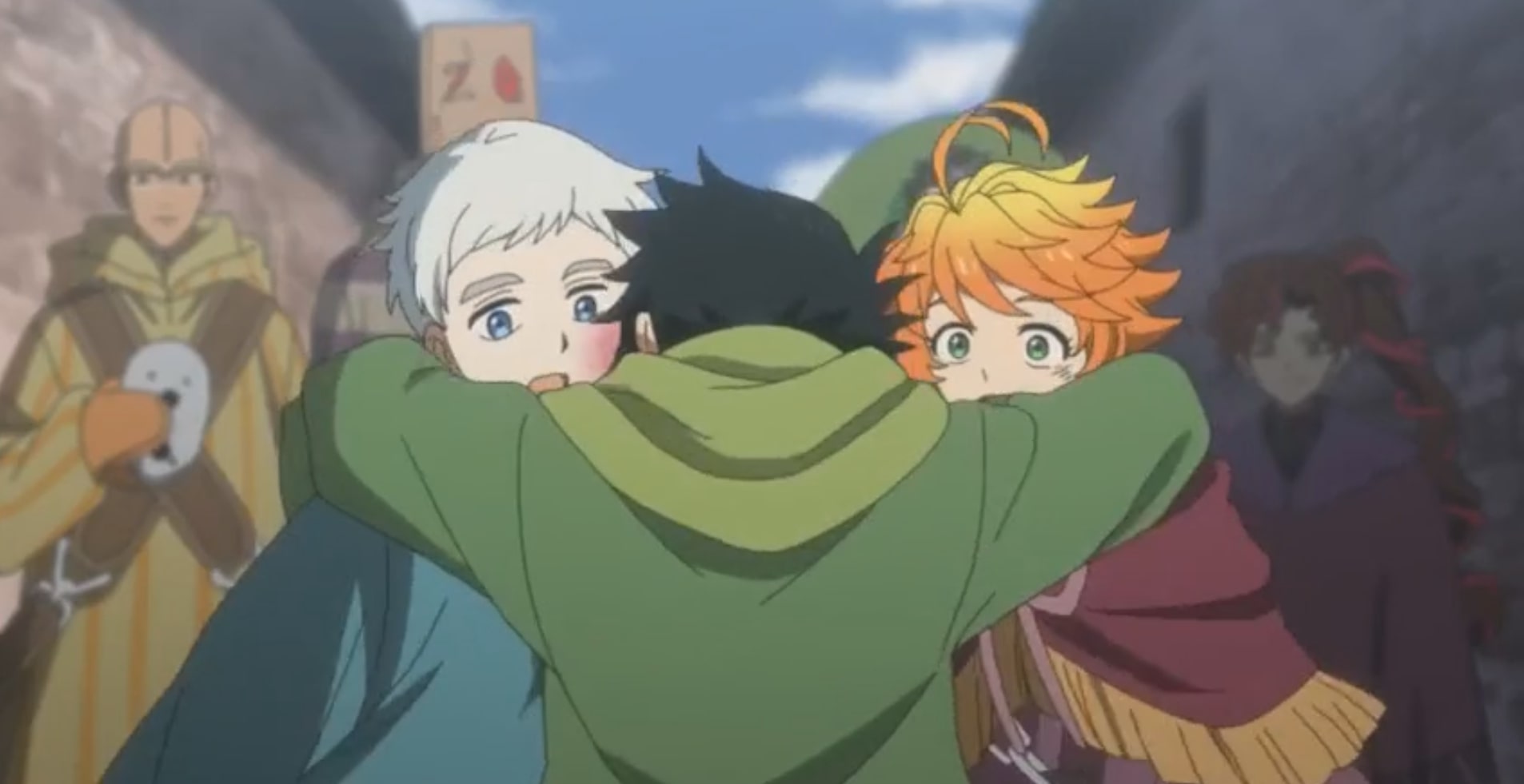 With the help of one of Minerva’s associates, Norman and other children at the facility managed to escape. Norman also reveals that with the information he has found at Lambda, he has created a drug that can make demons regress. Now, he plans to wipe out demons and create a utopia for all humans.

Later, Ray and Emma speak about Norman’s plan, and Emma admits that the idea deeply unsettles her. The two of them eventually visit where Norman is hiding with his associates. In Norman’s absence, they meet Norman’s 3 associates, Cislo, Barbara, and Vincent.

Barbara is shown to be eating a large chunk of meat, which Emma and Ray learn has come from a demon. Barbara warns Emma and Ray not to put any ideas in Norman’s head. After Norman arrives, he shows the drug to his two siblings. They try to tell him about demons who don’t need to consume human flesh to remain sane. Norman instantly realizes that Emma and Ray are speaking about Mujika. In episode 8, how Norman knows about Mujika might be revealed.