The Promised Neverland Season 2 Episode 9: What to Expect?

Based on a Japanese manga series written by Kaiu Shirai and illustrated by Posuka Demizu, ‘The Promised Neverland’ is a dystopian science fiction anime that has quickly become one of the most popular Shonen shows on television. It follows a group of children living in an orphanage who discover that they are being raised to be served as food to demons. Determined to survive, many of them flee from the facility and subsequently decide to do everything they can to bring changes to their world. The anime premiered on January 11, 2019. Season 2 began airing on January 8, 2021. Here is everything you need to know about its upcoming episode.

In episode 8, the flashback continues. Norman met Peter Ratri, who took him from Grace Field to Lambda 7214, a facility where experiments were performed on human subjects. Norman stunned the scientists there with his unprecedented scores in cognitive tests. Seeing this, Ratri realized that Norman could be the key to control children in all facilities.

When he started coughing out blood, Norman decided that he must ensure his siblings’ safety before death. With the help of other inmates, he detonated a bomb in the facility. After he and his newfound allies escaped, Norman began experimenting on the demons. In the present day, Emma, Ray, Don, and Gilda continue searching for Mujika and Sonju. They follow migratory birds and ultimately find the two demons a day before Norman’s deadline.

However, the reunion is interrupted when they hear explosions in the distance, and Emma and the other three children realize that Norman has intentionally released the drugs ahead of schedule. The demons in the town begin to transform and lose their sentience. They start attacking each other, and the town soon turns into a raging inferno. As he walks through the town, Norman encounters the elderly demon that Emma met at the temple and his granddaughter. He goes to kill the younger one but freezes when the elderly demon calls his granddaughter Emma. 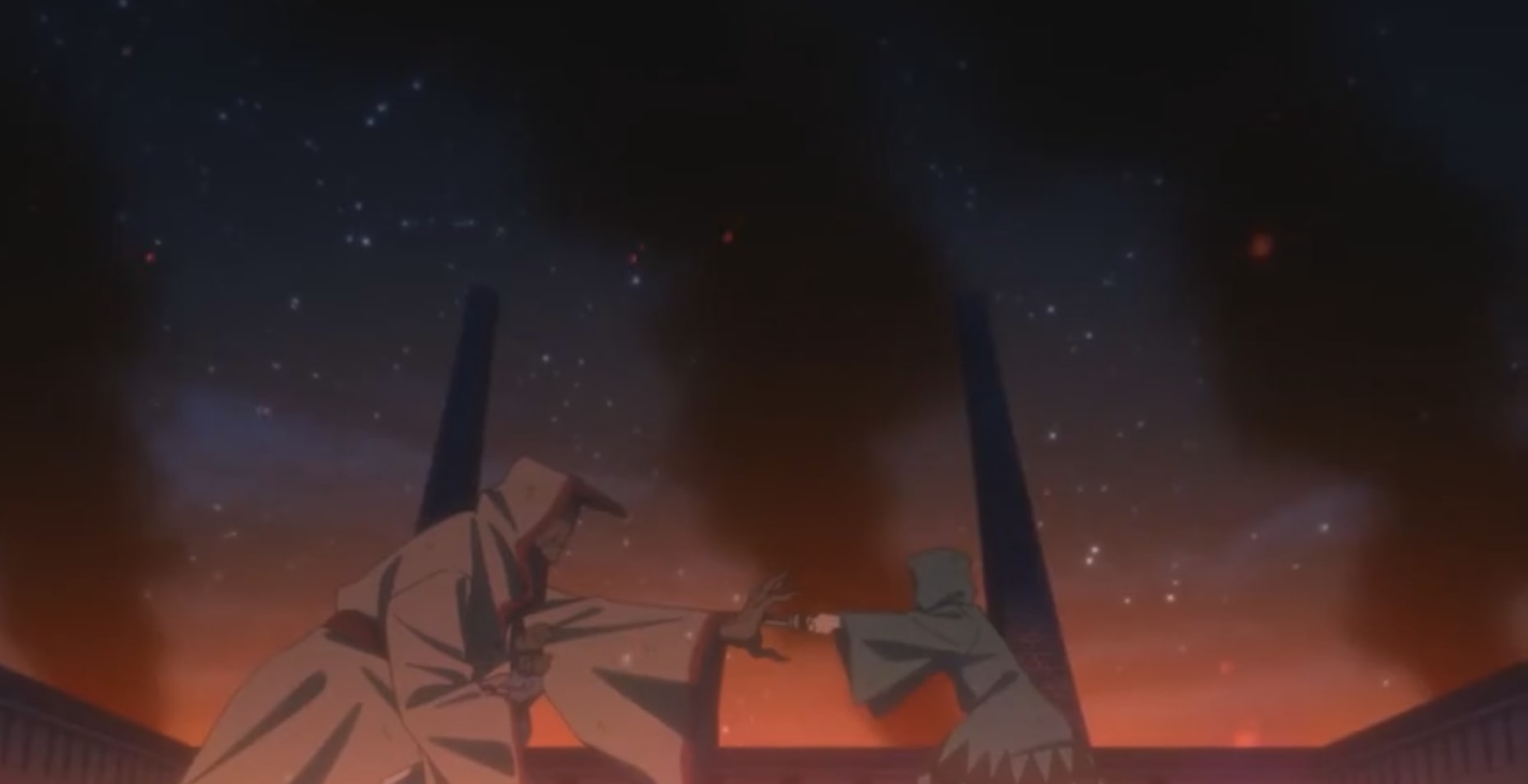 The younger demon starts changing, but the drugs seem not to affect her grandfather, making Norman realize that the elderly demon has the same ability as Mujika. He tries to kill the demon with his sword, but the latter stops the blade with his hand and then feeds the blood to his granddaughter. The episode ends as Emma and others arrive. She promises Norman that she will not let him be alone this time. In episode 9, Emma might find out that Norman is dying. Norman’s Lambda crew might take matters into their own hands.