Will There be a The Quad Season 3? 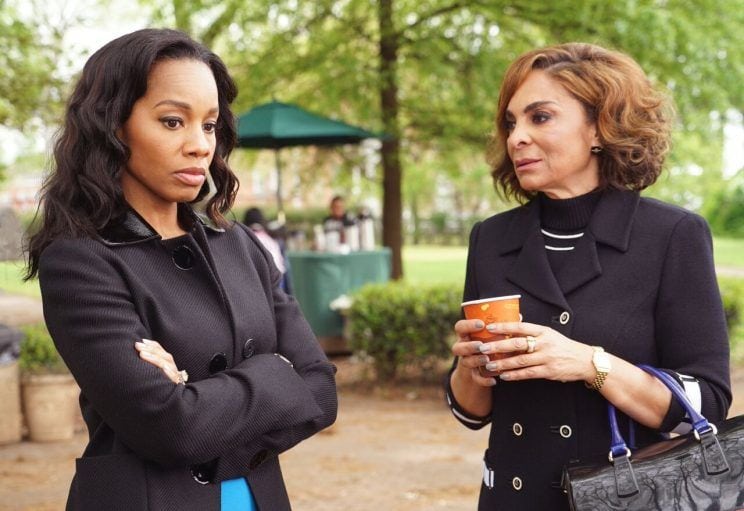 The Quad is an American soap opera created for Black Entertainment Television (BET). The story mainly revolves around the fictional Georgia A&M University and their newly elected president Dr. Eva Fletcher. The series premiered back on February 1, 2017. The Quad is known for its energetic performances from the characters and comes with a two-hour pilot episode.

The Quad is very different from the regular series and is an ambitious attempt by BET to introduce another weekly drama set in the universe of HBCUs (Historically Black Colleges and Universities). With some strong performances under its belt, the Quad does not shy away from taking the challenge of having a fresh perspective on rape culture in a nighttime soap opera.

The show has had two successful seasons so far. Now the question is, will there be a The Quad season 3? We will delve into that question, but first, let’s quickly look into the details of the series.

The Quad Cast: Who’s in it?

The Quad stars Anika Noni Rose as Dr. Eva Fletcher who is the protagonist of the series and the newly elected president of Georgia A&M University. The series also has stars like Ruben Santiago-Hudson who plays Cecil Diamond, the band director, while Jazz Raycole plays the character of Eva’s daughter named Sydney Fletcher. Peyton Alex Smith plays the role of a rapper named Cedric in the series, while Zoe Renee stars as a Saxophonist named Noni Williams and Jake Allyn portrays the character of quarterback BoJohn Folsom.

The Quad Plot: What is it about?

The Quad, the nighttime college opera isn’t by any means realistic, but it’s compelling, primarily because of its strong small screencast and pointed storytelling. The story weaves around Eva Fletcher, the newly appointed first female President of Georgia A &M University. Fletcher is an independent and confident woman, but the horrors of her past keep haunting her, and hence this is the only chance for her to get back to the spot which she truly deserves. However, Georgia A & M University is in dire need of a new leader and hence they decide to hire her, but egoistic band director Cecil Diamond and shrewd administrator Carlton Pettiway are the barriers in her way as the duo takes every opportunity they get to undermine Fletcher.

As she juggles those authoritatively mandating responsibilities and chaotic personal life, her daughter Sydney endeavors to make her mark on campus. She is an upcoming rap artist, leading first-year students along with Bojohn wherein, history department Dean Ella Grace and football coach Eugene Hardwick are included as Eva’s allies. Eva struggles to deal with Art Diamond- the fascinating yet callous head of Georgia A&M’s marching band.

The university scenes also portray the American-African culture in the United States and every episode comes with a Twitter hashtag (“#TheFireNextTime”, “#ThingsFallApart”, “#TheCagedBirdSings”, etc.) The series has a serious tone to it, but several plot twists to the underaged drinking, murder, blackmail, etc. make it a compelling watch.

The plotlines are slick, and yet it holds the audience to their seat with the constant sexism thrown at Eva or the class difference shown against Cedric in comparison to his roommates makes the series very aesthetic.

The second season carries on just like a fresh new year in college happens — it all about exploration and finding yourself in here. Hence the students get to show who they are and it’s mostly about maintaining the momentum. The second season justifies more of the same, as the season one establishes the tonality of the series and paves the groundwork, but what follows is a narrower subject allowing the characters in the series time to evolve.

While the first season is all about giving viewers hot plotlines from sexism to date rape and murder, the second part has that sharpness missing. However, it allows the series to open up on the backstories of different characters, leading to different character progressions in tandem with the storyline.

Eva Fletcher is on her best to save Georgia A&M University despite the financial constraints, and she is also fighting out with the parents of Terrence Berry. Berry is the star quarterback who raped Eva’s daughter and then killed himself succumbing to the things that affected his pursuit in football. Eva plays a bold and very strong character, where she is flawed but relatable as she fights it out against Berry’s victim-shaming mother. In this era of women empowerment, Eva’s character is a statement and is very well justified by Rose.

Fletcher fights with society as it is not easy when your daughter is raped in a college where you are a president, and you cannot settle it with the rapist’s parents. The best performance from Rose comes out when Eva and her daughter experience PTSD following the rape. It unpacks the strong character build of Eva Fletcher and brings forth up the fragility present in her character.

Lastly, the revenge story at the end is pretty underwhelming, and some guest appearances from native Georgia rappers Cyhi and Big Boi add more ethnicity to the story.

The Quad Season 3 Release Date: When will it premiere?

Now, as far as a third season goes, on April 9, 2018, BET cancelled the show, indicating that season two marks the end of this Anika Rose-starrer college nighttime soap opera. The reason for its cancellation is confirmed to be its falling ratings including several shake-ups in Viacom, i.e. exiting of many top-level programming executives from BET. Hence, The Quad season 3 stands cancelled and the series comes to an end after airing for 19 episodes combined with a two-hour-long pilot.

This eye-opening BET series deals with several aspects of the society which the audience can watch and learn from. Below you can watch the trailer from the first season: