The Queen of Flow Season 3: Renewed or Canceled? 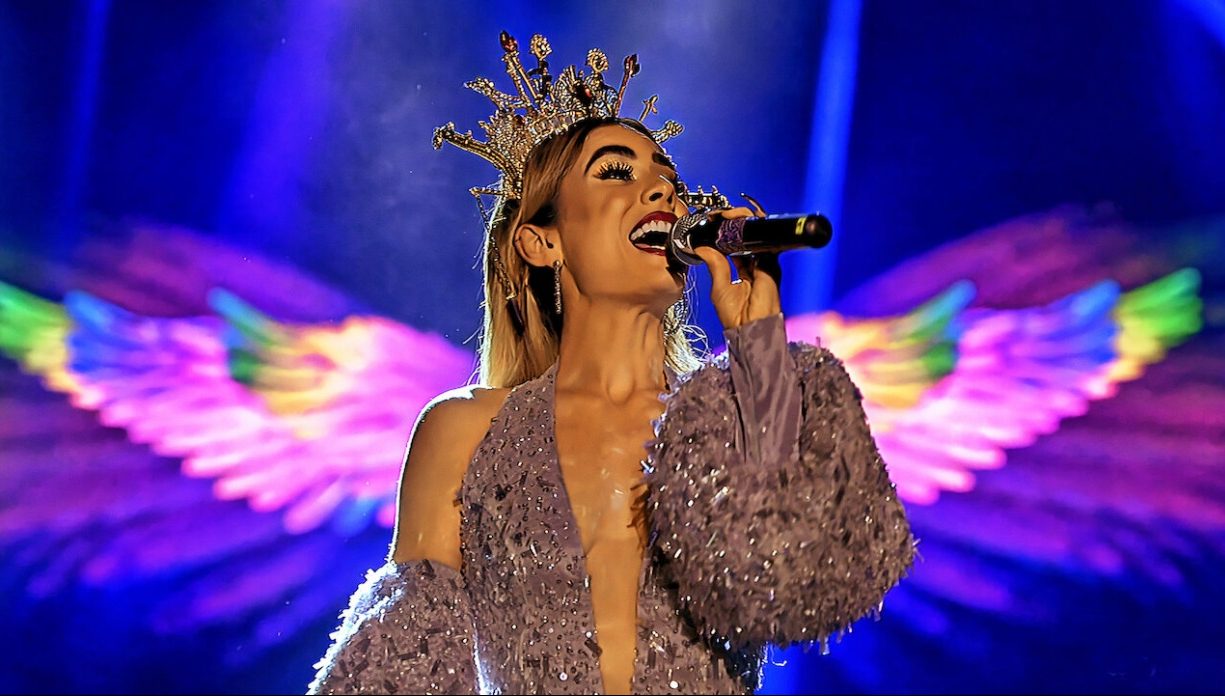 ‘The Queen of Flow’ (original title: ‘La Reina del Flow’) is a Colombian music telenovela that follows the talented musician Yeimy. Known for her catchy reggaeton style of music, the young artist’s life is turned upside down when her parents are killed by cartel members, and she finds herself in prison.

Developed by Andres Salgado, the show first premiered in 2018 and has since become one of the most successful shows on Colombian television. The tumultuous story, which balances emotional drama, music, and revenge-driven intrigue, has continued into a second season, but how much further does Yeimy’s story go? Can we expect another season to continue the narrative? Let’s take a look at everything we know about ‘The Queen of Flow’ season 3.

‘The Queen of Flow’ season 2 premiered on April 26, 2021, on the Colombian network Caracol Televisión and was subsequently released for streaming on Netflix.

As far as season 3 is concerned, there have been no official announcements as to whether it has been greenlit, and the fate of the show remains ambiguous at the moment. However, fans needn’t be disheartened because the meteoric success that ‘The Queen of Flow’ has enjoyed amongst viewers means that a third season will be seriously considered by the television powers that be.

However, lead actress Carolina Ramirez has hinted that the show’s story arc is essentially over within season 2, making another season unlikely. She also took to social media to discuss with fans the unexpected ending of season 2 — a conclusion she claimed possibly left some viewers confused. However, she reasonably justified why season 2 ends the way it does and gave her thoughts on why the narrative has seemingly come to its close.

For now, the fate of ‘The Queen of Flow’ season 3 remains in the balance because there appear to be factors that support renewal as well as a conclusion to the show. Of course, with Netflix streaming the show, its viewership numbers will be a significant factor and will likely be studied for some time before any official announcements are made. However, in the unlikely scenario that a third season is greenlit soon, the show’s lengthy production schedule, which has churned out 172 episodes over two seasons, means we cannot expect to see more of Yeimy’s story anytime soon. Thus, if given the go-ahead, ‘The Queen of Flow’ season 3 could premiere in mid 2023.

The Queen of Flow Season 3 Cast: Who can be in it?

In the potential season 3, most of the main cast members are expected to reprise their roles. Considering how long the story arc of each season is, we can also expect to see new actors joining the show’s extensive roster of cast members.

The Queen of Flow Season 3 Plot: What can it be About?

Season 2 closes with Yeimy, now a famous music star, deciding not to renew her relationship with Juancho. To everyone’s surprise, Charlie also mends his ways and gives back the rights to Yeimy’s songs, promising not to interfere with her relationships anymore. However, our heroine then kisses Charlie, making it clear who she has chosen to be with, and the main characters embark on a reggaeton world tour that culminates in Medellin.

Given the exciting world of music, fame, and shifting loyalties that the show is set in, a potential season 3 could once again find Yeimy grappling with serious issues. Her fame could have negative consequences, and we could see the gifted musician spiraling into troubled habits or any number of other problems.

The future of Charlie and his relationship with Yeimy is also an exciting avenue to explore, and a third season could once again see friction between the two powerful characters. Lastly, in keeping with the vibrant musical energy of the show, we can expect some more great reggaeton music and performances in ‘The Queen of Flow’ season 3, if and when it comes around.