When Does The Real Housewives of Atlanta Season 12 Episode 7 Start? 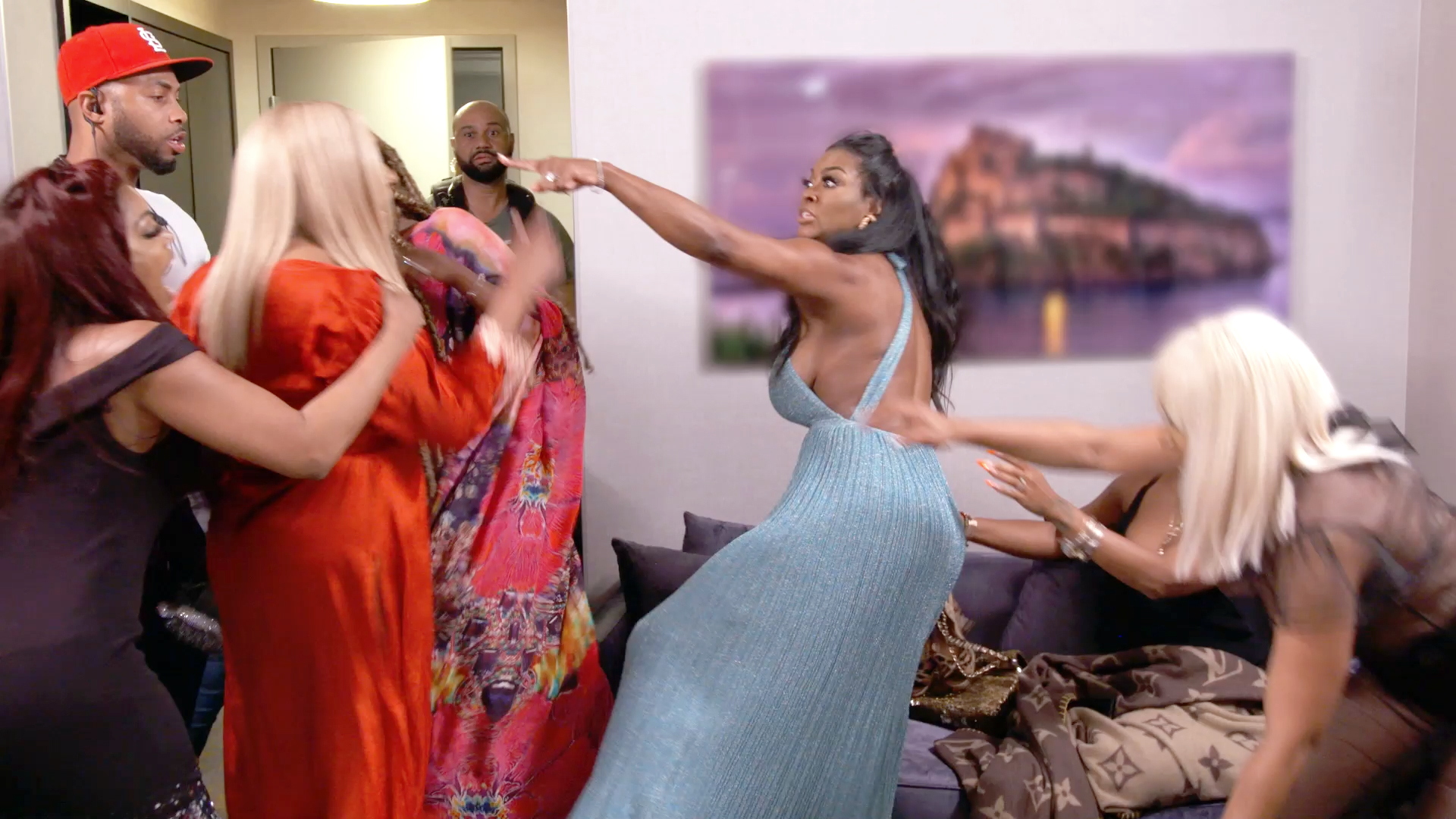 Starring NeNe Leakes, Kandi Burruss, Cynthia Bailey, Kenya Moore, Porsha Williams, and Eva Marcille, alongside Marlo Hampton and Tanya Sam, who are branded as friends of the housewives, the show premiered with its 12th season on Bravo on November 3, 2019.

To date, the 12th season has aired six episodes. So, what can you expect from the seventh episode? Let’s give you a gist of when and where you can watch Episode 7 of ‘The Real Housewives of Atlanta’ Season 12.

The Real Housewives of Atlanta Season 12 Episode 7 Release Date: When Will It Premiere?

‘The Real Housewives of Atlanta’ Season 12 Episode 7 has not released its official title yet. But we do know that there is going to be quite an amount of drama. Porsha Williams has a heated argument with Dennis McKinley during their therapy session, with her saying, “It insults me when he says it’s a mistake.” Check out a preview here.

Marlo Hampton plans a huge surprise for Porsha Williams, something which involves Dennis McKinley. In fact, McKinley pays an unexpected visit to Williams at her therapy session.

Where to Watch The Real Housewives of Atlanta Season 12 Episode 7 Online?

You can definitely watch RHOA on BravoTV, with a paid subscription and also on their online platform. You can even catch up on all the aired episodes on-demand on iPhone, Android, Apple TV, Roku, and Amazon Fire TV. Additionally, episodes can be downloaded on iTunes, Amazon, Google Play, and Vudu.

Episode 6 is titled, ‘Where There’s Wig, There’s a Way’. The episode begins with Tanya and Porsha meeting up to try a new medical technique, which is described to give that many results as equivalent to the outcome after 20,000 pushups! Marlo has a launch event in the near future that introduces her new wig line

Porsha states that she does not believe Kenya would actually show up. So the women decide to start afresh with Tanya stating they attend the Toronto Carnival. Meanwhile, Kandi and Todd play Connect 4, when Kaela appears for a discussion, claiming that she wishes to move to NYC for her career. When Todd gives his approval, Kaela is disappointed that he never shows any affection. This makes Kandi a bit apprehensive since they are expecting the arrival of a new baby girl. Todd explains that he just wants Kaela to be more independent.

Then, Kandi and NeNe meet up, with the former informing the latter of her expecting child. They both then start discussing Dennis, with NeNe claiming that Dennis has a sort of weird sexual fantasy for animals. Later, the conversation shifts to Cynthia. But when Kandi tells Kenya and Cynthia about NeNe’s comments, Cynthia is infuriated.

Eva and Cynthia engage in a FaceTime conversation, where they get into details about Marlo’s wig event, with Eva stating that she would not be attending the event. They also discuss NeNe. Tanya and Porsha set off to participate in Marlo’s event with the latter saying that she won’t be speaking to Nene ever. At the event, Kandi and Cynthia catch up with Yovanna.

Kenya makes an entry with props for her hair care company and Marlo tries to play amiable. Marlo later asks Kenya to be escorted out by security.