The Real Housewives of Beverly Hills Season 11 Episode 9: What to Expect? 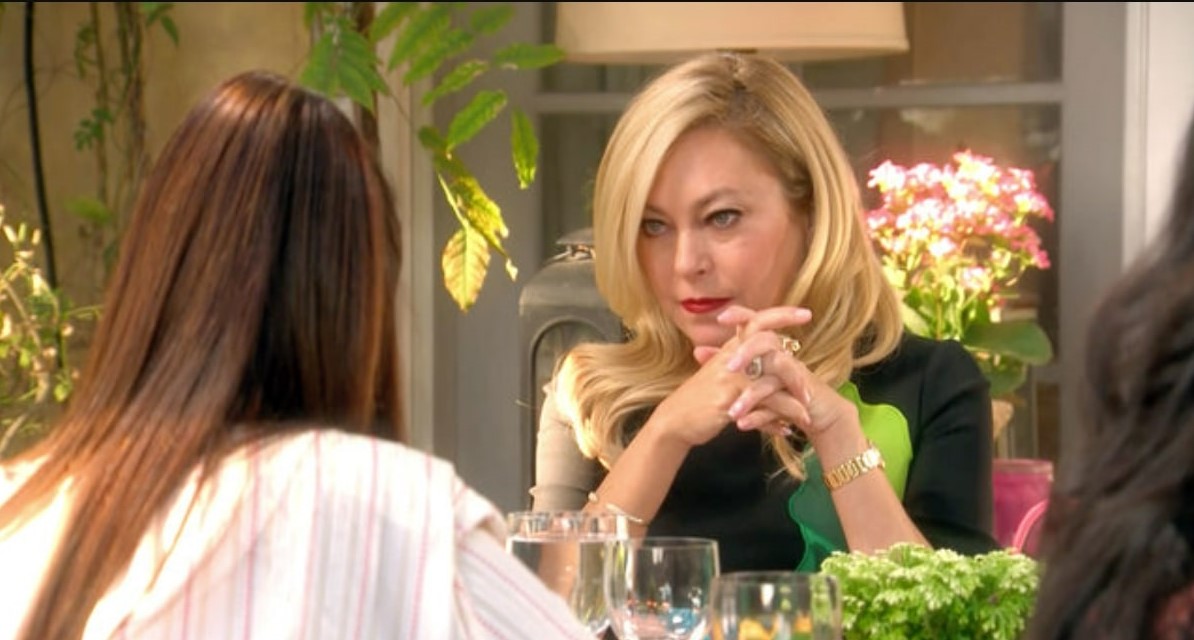 In the eighth episode of ‘The Real Housewives of Beverly Hills’ season 11, Lisa and Harry hosted an Italian lunch where Garcelle would be the special birthday guest. However, Sutton and Crystal usurped the spotlight after the former broke down into a puddle of tears. They later found out that Sutton’s rage for Crystal irked her to a point where she couldn’t hold back her emotions. To know what happened further, the recap section contains all the details about episode 8. Moving on, you can take a look at what ‘The Real Housewives of Beverly Hills’ season 11 episode 9 might have in store!

‘The Real Housewives of Beverly Hills’ season 11 episode 9 is scheduled to release on July 14, 2021, at 8 pm ET on Bravo. New episodes roll out every Wednesday, and each one has a runtime of around 44 minutes.

Where to Stream The Real Housewives of Beverly Hills Season 11 Episode 9 Online?

Fans eager to watch ‘The Real Housewives of Beverly Hills’ season 11 episode 9 can do so by tuning into Bravo at the date and time mentioned above. If you miss its television premiere, you can catch the episode on Bravo’s official website with the help of your service provider login ID. Live-streaming options are also available on Hulu + Live TV, DirecTV, Sling TV, YouTube TV, Fubo TV, and AT&T TV Now. In addition, it is possible to either rent or buy the episodes on VOD services like Amazon Prime Video, iTunes, and Apple TV.

The ninth episode of ‘The Real Housewives of Beverly Hills’ season 11, titled ‘A Pretty Meltdown,’ will follow the events after Sutton and Crystal’s explosive argument at the luncheon. The ladies will bring back Sutton, who had previously stormed out of the party in tears. In the episode, they will attempt to resolve all their issues.

By the eighth episode, Erika had figured out a way to work through her divorce, but her recovery will jump out of the window when she comes across earth-shattering news related to the matter. As she shares her feelings with Kyle, Garcelle will be concerned about the truth. Finally, Lisa will entertain her daughters with activities inside the house as lockdown puts a hold on all of their plans.

In the eighth episode titled ‘The Good, the Bad and the Ugly Leather Pants,’ Lisa and Harry took a trip to the market, where she praised him for his efforts in the kitchen. At Kathy’s house, the ladies relaxed over a game of tennis. Erika revealed that she has been handling her divorce better than she had expected. On the other hand, Kathy has been harboring a deep feeling of loss when it comes to her relationships.

Elsewhere, Garcelle dealt with a temperamental son who walked away from the dinner table without any explanation. As one table served bitterness, the other one at Lisa and Harry’s was laden with Italian cuisine in preparation for Garcelle’s upcoming visit. Upon Dorit’s arrival at their luncheon, she shared tidbits about her new bridal designing venture. Although she had been scared, her passion drove her to take it up. Moving on, Sutton expressed her dissent over peeping tom jokes, following which they began to discuss Thanksgiving.

Lisa and Harry have temporarily sent their kids away, and the pair since then have been laying low to evade the virus. The group began to pile on Garcelle with birthday gifts except for Sutton, who was uncomfortable throughout the gathering because of her feud with Crystal. Having found no other possible reason, Crystal just assumed that her friend Sutton might be jealous of her. That was enough for Sutton to walk away in a fit of rage.