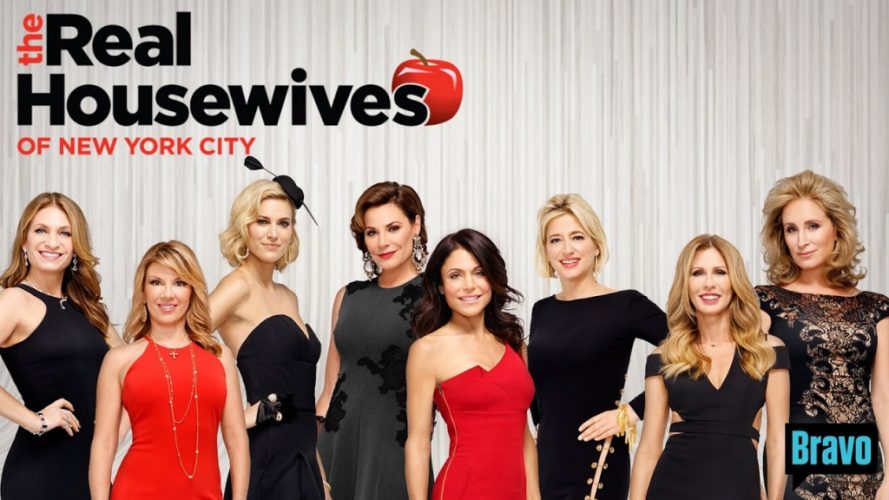 Some reality TV shows have such pronounced set of traits that you can easily call them direct spiritual successors to other hit scripted shows. The biggest examples of the last two decades would be Bravo’s ‘The Real Housewives’ franchise – very palpably inspired by the massive success of ‘Desperate Housewives’ and ‘Peyton Place’. Before this show, it would have been hard for showrunners and execs to predict that a reality show about rich women living in a gated and posh southern California community, with outrageously glamorous lifestyles, would resonate so well across all class barriers among audiences.

Perhaps the majority of middle-class people view the antics of the high life as the idyllic destination of the American dream. Whatever be the reason, the great reception of ‘The Real Housewives’ in 2005, the year it first appeared, eventually made way for numerous spinoffs with identical formulae and the only variation being in the form of locales. The formula works out so well that the latest of these, ‘Real Housewives of New Your City’, is still relevant strongly after multiple years and several seasons.

The Real Housewives of New York City Cast: Who’s in it?

‘The Real Housewives of New York City’ is primarily driven by the appeal and popularity of the characters alone – as it is largely unscripted for the most part. For this reason, the cast conclusively determines whether the season will become interesting or not. As for RHONY, only Ramona Singer has remained as the sole extant original housewife from the debut season. The current roster of housewives consists of Luann de Lesseps, Bethenny Frankel, Ramona Singer, Sonja Morgan, Dorinda Medley, Tinsley Mortimer, and Barbara Kavovit. Following the completion of production on the tenth season, Carole Radziwill announced that she would not be returning to the series.

The Real Housewives of New York City Plot: What is it about?

‘The Real Housewives’ is based on the usual ‘Big Brother’-esque reality TV premise – where the unscripted, natural conversations between characters generate enough intrigue to keep the audience hooked for seasons. RHONY features a cast of affluent women living in a posh New York Neighbourhood. Each season is all about their spunk, coupled with their hilarious and interesting interactions and hijinks.

Although across the seasons, we witness predominantly four to eight housewives, the essential story arc remains the same. The series revolves around a group of elite and powerful New York socialites who navigate their professional and personal lives while meeting tight deadlines on their packed calendars. There are also social events to attend such as charity workshops, fund-raising galas, the regular grill of the Hamptons, and interviews in leading private schools for their equally privileged kids. In a societal stratum where money and status are everything, these women are sole examples of what it takes to make it to the top and stay there.

In one of the seasons, we witness Ramona Singer readying herself for one of those frequent trips to the Hamptons. Her daughter Avery, however, is doubtful about her mom’s fashion choices. Eventually, just after a fashion show, Singer notices that her husband is flirting with a woman and he is not even wearing his wedding ring. Post tackling the situation, Singer decides to get involved in her daughter’s interest in acting and gets her admitted in an acting school. She assumes control here as well. Meanwhile, LuAnn de Lesseps shifts with her family into their Hamptons home for the summer, leading to her developing a bond with Zarin. Lesseps also meets Bethenny Frankel and guides her about class, style, and etiquette. Frankel, on the other hand, wishes to settle down with her boyfriend and dreams of becoming the next Martha Stewart.

As all these women meet, we often witness moments of friction among them. For instance Singer and Zarin get into an argument when, during a fashion show, the former is given a seat in the front row and the latter isn’t. And this is to be expected! Bringing in a juicy mix of real-life politics, facts, and fiction, RHONY gives us a first-hand look of elite American culture. For the most part of it, it is funny, and sometimes, overly dramatic.  It is entertaining, it is a celebration of narcissism, and it is full of drama. And these are the elements that have kept it running all these years!

The Real Housewives of New York City Season 12 Release Date: When will it premiere?

‘The Real Housewives of New York City’ season 11 premiered on Bravo TV on March 6, 2019, and concluded with its 20th episode on July 25, 2019. After 11 seasons, the popularity and giant viewer base of RHONY have not waned even a single bit. On the contrary, the ever-expanding franchise had made a total of four new additions of completely new international spinoffs in 2017 and 2018. As an iconic mainstay of such a blooming franchise, we will perhaps even see a decade more of RHONY.

Now, as far as a renewal is concerned, we have some good news for viewers. Discussions are already underway for the 12th season. However, we don’t have an update on the official release date RHONY season 12. But if previous schedules are any indication, ‘The Real Housewives of New York City’ season 12 should premiere sometime in March to April 2020. We will update this section with more concrete news as and when we learn more.

While we wait for an update on ‘The Real Housewives of New York City’ season 12 release date, check out the official first look for season 11 below. Additionally, if you have not watched the series yet, you can head to Bravo to catch up on all the previous episodes.