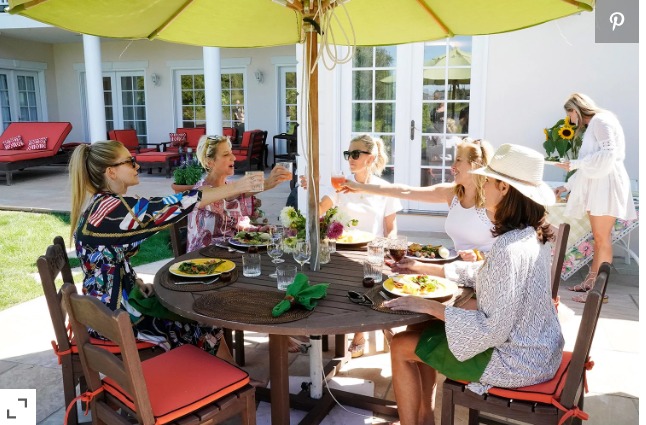 One of the most fun-loving stars in ‘The Real Housewives of New York City’ is Sonja, no doubt. But we have seen her when she gets high on alcohol — there i simply no prediction on what she will do next. Well, with the ladies still at the Hamptons, things get messy among the housewives when Sonja gets into action. And what we learned from this week’s episode is, Sonja needs to handle her drinks with care. More on that later.

Now, in order to ensure that you are all caught up with the latest shenanigans, we bring you the details of the upcoming episode, i.e ‘The Real Housewives of New York City’ Season 12 Episode 4.

When is The Real Housewives of New York City Season 12 Episode 4 Release Date?

Titled, ‘Ain’t No Party Like a Hamptons Party’, Bravo describes the episode as follows: “Hamptons weekend wraps with a tennis grudge match between Luann and Ramona, while Sonja’s dog groomers make a house call and Luann gets in on the action; a girls’ night at Ramona’s house turns into a wild ruckus.”

Where to Stream The Real Housewives of New York City Season 12 Episode 4 Online?

Episode 3 takes us back to the Hamptons where the women are staying at Ramona’s house. They head to the Wölffer Estate Vineyard leaving Luann who needs to visit her chiropractor. In the vineyard, the women are seated at the patio and Ramona asks them to share a story when they were at their most vulnerable selves. Ramona and Dorinda claim they are worried about how their lives seem to be directionless at the moment.

Leah confesses about her brief stay at the rehab after passing out of high school. She admits that this experience has made her stronger and more self-reliant. Tinsley reveals about a man she is dating in Chicago and Sonja rambles on about a bunch of problems. Later, the ladies attend another party, hosted by Ramona at the extravagant mansion of a guy named Joe Farrell.

Meanwhile, Sonja, who is completely drunk, resorts to shouting and creating chaos in the midst of the high-profile, formal event. She even points out a much younger man, claiming that he is interested in her. Leah, after Ramona announces that everyone should leave, says: “Not only is Sonja entertaining, but she’s embarrassing — so now we get to leave!”