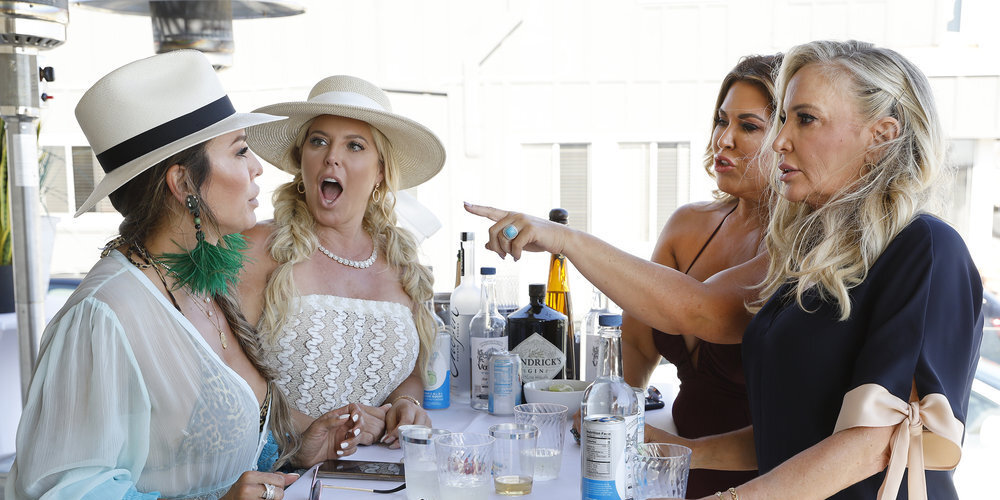 The premiere of season 16 of ‘The Real Housewives of Orange County’ welcomed three new faces and also sensationalized the return of Heather Dubrow. In celebration of that, she hosted this season’s first party, which served a platter of irreparable arguments owing to a few secrets exposed. If you want to know more, we have prepared a recap that has all the details for the first episode. Now, let us dive into everything we know about ‘The Real Housewives of Orange County’ season 16 episode 2!

‘The Real Housewives of Orange County’ season 16 episode 2 will release on December 8, 2021, at 9 pm ET on Bravo. New hour-long episodes will land every Wednesday at the same time slot.

Where to Stream The Real Housewives of Orange County Season 16 Episode 2 Online?

If you are in the US, you can easily watch the second episode of ‘Real Housewives of Orange County’ season 16 on Bravo at the date and time mentioned above. Moreover, you can use your cable login details to watch it on Bravo’s official website or the Bravo app. If you have cut the cord, you can resort to multiple live TV streaming services, namely Sling TV, YouTube TV, Fubo TV, Xfinity, and DirecTV.

Hulu subscribers can catch up on the previous seasons as well as watch the new episode live right here. Already released episodes can be rented or bought on Amazon Prime Video, Vudu, Microsoft Store, and iTunes. Additionally, the first 15 seasons are available on Peacock.

Episode 2, titled ‘Loose Lips and Lawsuits,’ will most likely be about Gina and Emily trying to look into a rumor about Shannon and Heather’s old friend, Nicole. The matter revolves around a legal case that might be very personal to Nicole, so she might get pissed off if the ladies begin to probe too much. Gina will feel like disclosing the truth, which will, in turn, open up a neverending episode of arguments at Heather’s party.

After missing for four long seasons, Heather Dubrow rejoined the clan in the premiere of ‘The Real Housewives of Orange County,’ titled ‘ Fancy Pants Is Back.’ Shannon Beador wasn’t too excited because of the Dubrows devouring the limelight. The wives who made a comeback are Gina Kirschenheiter and Emily Simpson. Emily’s husband Shane Simpson finally passed the California bar exam while Gina’s ex also pleaded guilty to inflicting violence upon her. Meanwhile, Shannon is dating John Janssen. After Kelly Dodd’s departure, Shannon had no choice but to mix up with Gina and Emily.

Out of the new faces, Nicole James cropped up as a friend of Heather‘s. The remaining ones belong to two new Housewives — Dr. Jen Armstrong and Noella Bergener. Dr. Jen is an aesthetic MD who made her first appearance with Gina and Emily as they visited her practice. Elsewhere, the episode revealed that Noella is going through a divorce, and her friendship with Braunwyn is also over. Interestingly, Heather recalled running into Emily, Gina, and Shannon at Javier’s eatery when the cameras weren’t rolling. The moment Heather was not around, they both began to discuss Nicole.

Nicole had once sued Terry Dubrow, and for some reason, Heather was kept out of the conversation. At Heather‘s party, the women showed up in their best outfits. At the party, Heather’s husband, Dr. Terry Dubrow — renowned as one of the most famous plastic surgeons in all of Orange County — claimed to not know Dr. Jen. Gina and Emily were worried about Shannon trying to cause trouble. In the following moments, Gina proceeded to stage a fight which seemed to end in Emily storming out and Nicole being confronted. Heather is the one who asked the cameras to shut down.

Read More: Are Shannon and John From RHOC Still Together?