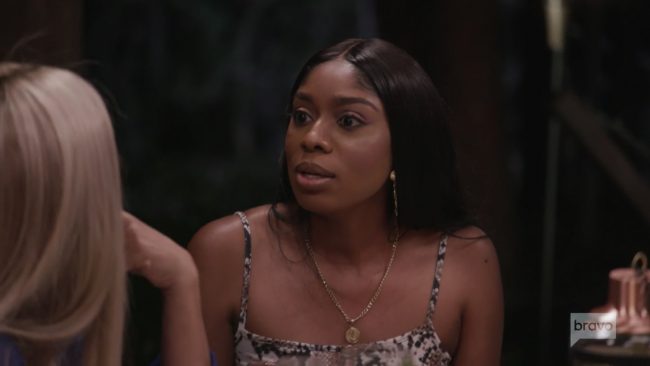 This week, the ladies in ‘The Real Housewives of Potomac’, head to another party — with the venue being Monique’s lake house. Not to mention, the hostilities between the girls, amidst the celebrations, have not diminished. There are only bits of temporary truces here and there. So what happened in episode five? And what can be expected in the next episode? Read on!

‘The Real Housewives of Potomac’ season 5 episode 6 will release on September 6, 2020, at 9 pm ET/ 8 pm CT, on Bravo. The show will release new episodes every Sunday at the same time slot.

The upcoming episode is called ‘The Text Heard ‘Round the Lake House’ and its official synopsis goes as follows: “The ladies host a pageant to help pass the time at Monique’s lake house; Wendy and Ashley make amends; Candiace receives a shocking text about one of the women’s husbands, and she debates whether to break the news.”

Where to Stream The Real Housewives of Potomac Season 5 Episode 6 Online?

In episode 5, the housewives reach Monique Samuels’ lake house for a girl’s get-together. Gizelle and Ashley Darby join the trip, accompanied by Candiace. To give an update on Candiace, she has been busy with her home search. She is also a bit doubtful if she can afford it. Chris Bassett asks her about Karen Huger’s party and is a bit shocked when he learns about her apology. Chris urges her to attend the lake party. On the other hand, Gizelle’s daughters are not quite happy with her reunion with Jamal Bryant. Michael Darby asks Ashley to take baby Dean on the girl’s outing. She instantly agrees as she is anyways too anxious without her kid by her side.

Karen is furious when she hears Wendy mentioning that she and Ray Huger don’t have sex. Finally, at the party, Candiace shows up. Wendy also reaches the venue and is annoyed when she learns that Ashley is coming with the baby. Ashley arrives with baby Dean, and Wendy departs. Ashley is irritated with her behavior while the rest face connection issues with their phones. Candiace apologizes to Gizelle for her past actions.