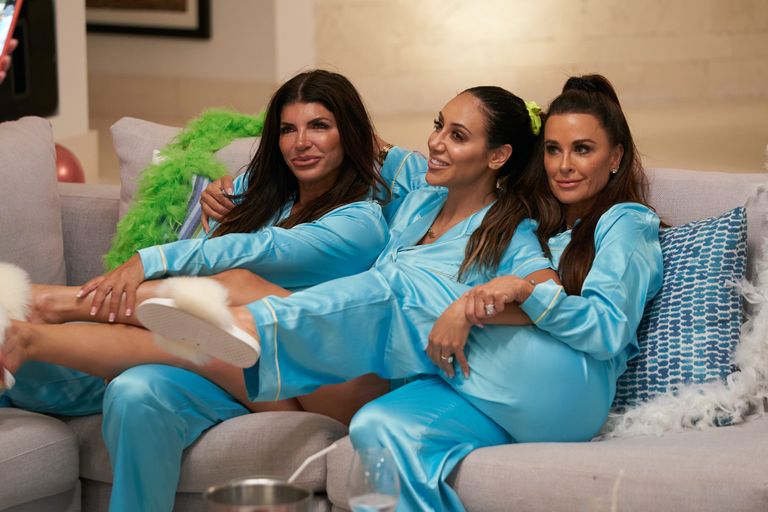 In the fourth episode of ‘The Real Housewives Ultimate Girls Trip,’ we saw the housewives get their freak on and party like nobody is watching. In the process, secrets were also revealed, and deepest thoughts confessed. Luann had complaints that she threw like bullets on the remaining gang members. If you want to know what exactly happened, check out the recap. Now, let’s dive into the details for the fifth episode!

‘The Real Housewives Ultimate Girls Trip’ episode 5 is scheduled to release on November 25, 2021, at 3 am ET on Peacock. The current season has 8 episodes in total. The show releases new hour-long episodes every Thursday.

You can watch ‘The Real Housewives Ultimate Girls Trip’ episode 5 on Peacock TV at the date and time mentioned above. The show is also available on Bravo’s official website. You can also live-stream the episode of the spin-off on DirecTV and YouTube TV.

In the fifth episode, we will see the housewives catch up and reveal more of what their current lives comprise. The women might still have problems with Erika Jayne and Teresa, both of whom are swamped with legal issues. We can expect Luann to keep ruminating over the things that have gone wrong and address them one by one. Furthermore, her flirtatious dynamic with Michael could also come to the forefront in the upcoming episode.

The fourth episode, titled ‘Fourth Wall Down,’ started with Luann harassing Michael and Cynthia talking about her fallout with NeNe. Teresa faced something similar with Jacqueline Laurita, who inappropriately addressed Teresa’s legal issues. Teresa also brought up Erika Jayne’s existing problems that could create tension in the group. Luann mentioned how Bethenny showed her the picture of Tom cheating on her on camera, which was devastating for her.

The virtual mic then landed on Kenya’s lap as she stated how Tom was the worst part of the show besides the arrest footage, uneventful trips to the Berkshires, the Herman Munster shoes, and the boat ride from hell. The conversation gradually addressed such gossip-worthy moments in the past. Cynthia declared that she thinks Marc Daly is not a bad person, while Luann was excited to look her best because of her ongoing flirtationship with Michael.

The group reconnected at a party where Michael played a raunchy little game with Luann. He told her that he would lie down and put the shot glass in his mouth, after which Luann would have to take it. So she bent over and drank the shot but not without planting herself on top of Michael in a way that tensed up the room. The party continued as the girls played prosecco pong, where the teams had to drink and answer questions about sex.

Ramona Singer disclosed that she used to have “cannoli night” with her ex Mario and reminisced having sex on the beach. In a raunchy and jaw-dropping revelation, Kyle Richards revealed that she had sex in public with her husband at a black-tie event in front of ten people by pulling up her dress and sitting on her husband.