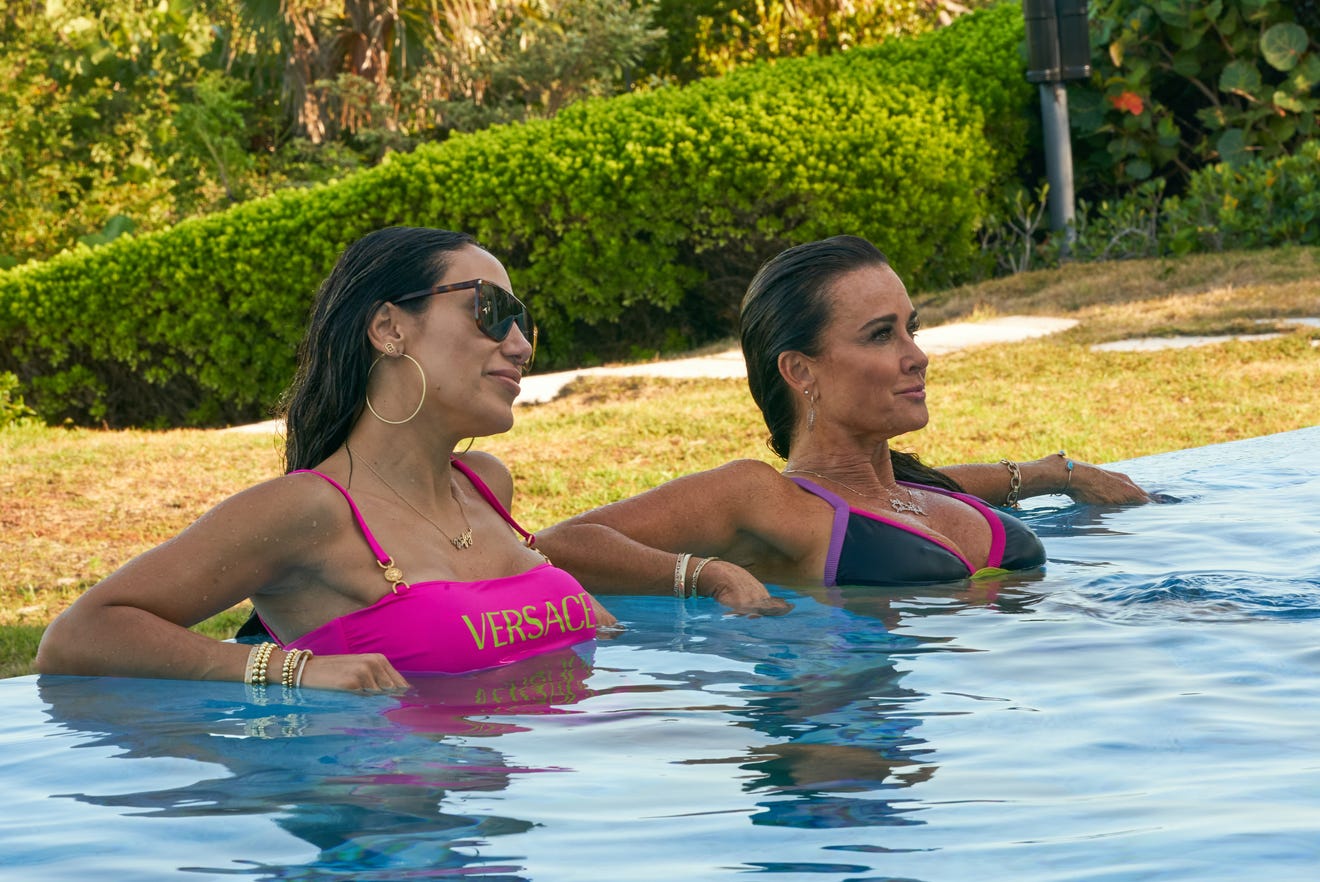 This week, the ladies were repelled by Ramona’s distasteful conduct, but a few of them were also concerned about her declining emotional state. However, she made an effort to apologize to the ones who had been hurt by her in the past. To know if her apology worked out in favor of establishing peace among the group, take a look at our detailed recap. Now, we shall help you gear up for the upcoming episode!

‘The Real Housewives Ultimate Girls Trip’ episode 7 is scheduled to release on December 9, 2021, at 3 am ET on Peacock. The current season has eight episodes in total. After releasing the first three episodes all at once, the show has been following a weekly release schedule, with new hour-long episodes arriving every Thursday.

You can watch ‘The Real Housewives Ultimate Girls Trip’ episode 7 on Peacock at the date and time mentioned above. The show is also available on Bravo’s official website. Therefore, you may be able to live-stream the episodes of the spin-off show by accessing Bravo through DirecTV, Fubo TV, Sling TV, Hulu+Live TV, or YouTube TV.

Titled ‘Go Big Before You Go Home,’ the seventh episode might initiate more arguments as tensions rise among the ladies. In the middle of such chaos, Cynthia will have a breakdown, but Kenya will not pay heed to her friend’s woes. Ramona will dive into her past in order to make amends as Kenya has made up her mind not to befriend Ramona again. Finally, the ladies will channel their frustrations in Cynthia’s iconic Bailey Bowl Olympics.

In the sixth episode, titled ‘Bonfire of the Frenemies,’ it seemed as if Luann was ready to have real conversations with the ladies, but arguments gained the upper hand in due time. Cynthia was momentarily laying low while Teresa entertained that Ramona lashes out because she is lonely. The disturbed Housewife apologized to Cynthia, who told her that she is sincerely fond of Ramona. Melissa further told Luann and Kenya how she could empathize with Ramona, but Luann was far from doing that.

Meanwhile, Cynthia told Kyle that she was jealous of her bond with Kenya. Melissa couldn’t handle that and brought up her own friendship with Kenya. Luann then proceeded to make peace with how Ramona could never change into a better person, so her apologies could only be taken with a grain of salt. However, she also understood that Ramona was going through a lot of problems. The women then geared up for a party that Ramona would be co-hosting with John.

At Kenya’s insistence, John revealed that his type was “intelligent” women. After that, Kenya and Ramona seemed to be having a low-key disagreement about the former’s conduct at the party. Kyle wanted things to be addressed in the open and everyone to get along once the tension cleared out. Kenya tried to teach John how to dance, and Luann then got his number. Kyle ultimately left with Mauricio in the final moments of the episode.