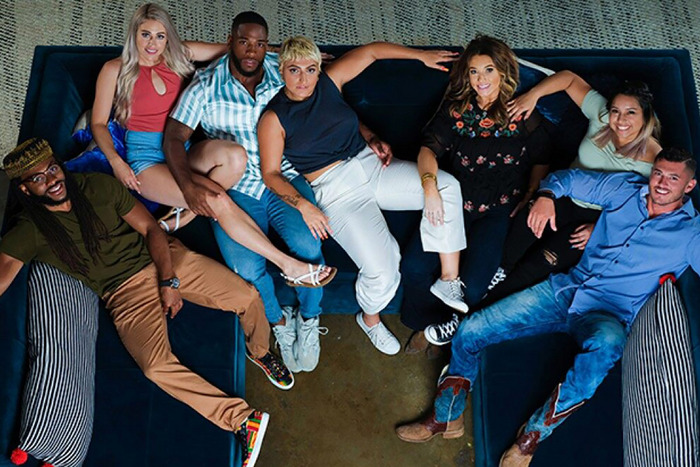 ‘The Real World’ was originally an MTV show that currently runs on Facebook Watch. It aired on MTV from 1992-2017 and was inspired by the 1973-released PBS docu-series, named, ‘An American Family’. Branded as the longest-running show on MTV, it is one of the pioneering titles that led to the genesis of contemporary reality TV genre. The format comprises seven to eight young adults placed in a residence and filming their day-to-day activities.

A critically acclaimed series, ‘The Real World’ explores sensitive issues related to modern young-adulthood while highlighting controversial subjects such as sex and sexuality, prejudice, religion, abortion, diseases (including AIDS), death, politics, and substance abuse. It inspired multiple spin-offs, the two most notable among them being ‘Road Rules’ and ‘The Challenge‘.

Season 32, which was set in Seattle, Washington, premiered on MTV on October 12, 2016, and concluded on January 4, 2017. In 2018, the creators announced that ‘The Real World’ reboot was picked up by Facebook Watch. Season 13 premiered in June, 2018. Here’s everything we know about its next season.

The Real World Cast: Who is in it?

‘The Real World’ Season 33 featured seven young, 20-something males and females, each having his/her own diverse backdrop and a different story to tell. The cast included Meagan Melancon from LA, Dondre Randolph from Texas, Clint Wright from Michigan, Justin Blu from Georgia, Yasmin Almokhamad (half Armenian, half Syrian), Tovah Marx from Arizona, and Arely Avitua.

Season 34 will have fresh set of faces from different backgrounds.

The Real World Plot: What is it about?

‘The Real World’ chronicles the lives of a group of strangers, who after clearing the auditions reside together in the same house for several months. The contestants are chosen with an aim to represent a mix of different races, genders, sexual orientations and experiences, religious and political beliefs. Each season takes place in a different city and cameras record their interpersonal relationships.

The season begins by following each person as he/she leaves his/her home and sets off to meet his/her new roommates. They then land in a fully furnished, extravagant residence. The members can contact their friends and family via one phone and a common computer. They are not allowed to communicate via mobile phones. Installed cameras film the regular activities of the residents. After each week, every member is interviewed about the past week’s events, where he or she recounts his/her experiences, expresses opinions, and gives first-hand accounts of the various events. The show further documents the struggles of the housemates as they struggle to find new jobs, engage in group activities, socialize in the city, go on a vacation, begin a business venture, and participate in assignments.

There are certain norms to be followed by the housemates. They cannot resort to physical violence. If they do, they can be evicted or asked to stay, depending on the decision of the other participants. Moreover, cast members are required to undergo random drug tests, and if anyone is found to be guilty, he or she is immediately evicted. Later episodes also feature the roommates’ exes and rivals moving in, with the intention of forcing the housemates to face past trauma and tackle challenges.

Season 33 was set in Atlanta where it attempts to combine social media interaction and digital distribution to focus more on social, political, and cultural conversations. FB Watch, show’s new home, is an ideal platform for shows like The Real World. If you did not know already, when the show aired first in 1992, it gave rise to an open forum that could freely highlight discussions on topics such as HIV/AIDS, mental health, drug addiction, racism, and others. And with everything that’s happening right now, the makers felt that this is the right time to refocus on these issues, brought to the forefront by roommates with diverse views and different backgrounds.

Season 34 will be moved to a new city with fresh set of contestants.

The Real World Season 34 Release Date: When will it premiere?

As far as the next season is concerned, Facebook hasn’t made an announcement yet. But you have to keep in mind that Facebook draws more than 50 million people every month who watch at least 1 minute of videos on the channel. With an estimated 1.47 billion daily active users, this offers huge scope. Therefore, we are hopeful that the show will be renewed. And if that happens, ‘The Real World’ Season 34 might premiere sometime during June 2020.  We shall update this section as and when we learn more.

While we wait for an update on season 34, check out the season 33 trailer to refresh your memories. Moreover, you can also head to their official site to catch up on all of its previous episodes, extras, sneak peeks, and clips — not to mention viewer comments and interactions!