Will There be a The Red Line Season 2 or is it Cancelled? 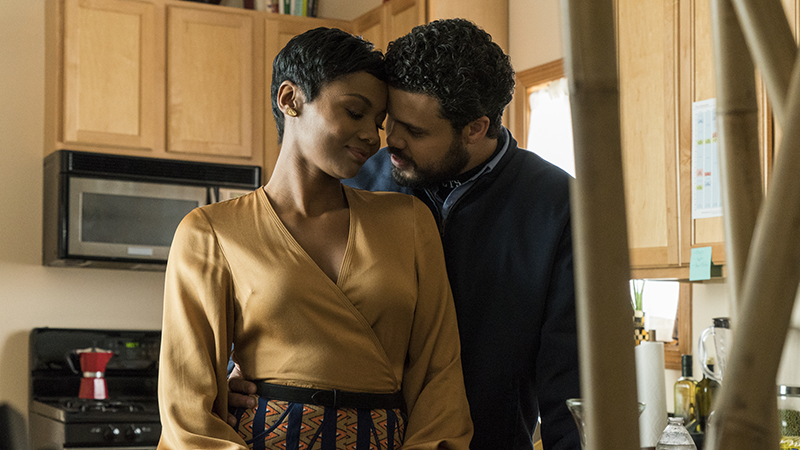 CBS’ drama ‘The Red Line’ follows the aftermath after an African-American doctor gets mistakenly shot by a Caucasian police officer in Chicago. Named after the train line that runs through Chicago, ‘The Red Line’ establishes itself as a socio-politically poignant drama aimed to generate empathy in different cultural spaces and catalyze a more inclusive society. According to co-creator Erica Weiss, the goal of the show is to bring to life a “cultural conversation through the lens of an emotional family drama.” She adds “Chicago politics and the sociopolitical conversation is rich in material, and that has been thrilling to explore.”

CBS doesn’t have many shows in its lineup that explores contemporary topics such as police shootings, race and socially conscious storytelling. Thus, ‘The Red Line’ proves to be an essential addition to its repertoire. Executive producer Ava DuVernay said that having the series on CBS, an unlikely platform for an intense drama such as this one, was entirely the point. “That’s why I like that it’s there. Kinda the whole point. Opening up conversation and encouraging empathy in all kinds of places, even unexpected places, may be a path to growth for all of us. Worth a try,” she tweeted.

The Red Line Cast: Who’s in it?

Noel Fishcher is cast as Paul Evans, the Chicago police officer who wrongly shoots an African-American doctor in a convenience store. Confused and sickened by his own actions, Evans is seen to be concerned about the subsequent public and legal fallout, in the show. Fishcher is known for his role as Mickey Malkovich in ‘Shameless’ and has previously been seen on ‘The Long Road Home’ and in a guest appearance on ‘Fear the Walking Dead’. Prior television appearances of Michael Patrick Thornton include ‘Elementary’ and ‘Private Practice’. He is reportedly cast as Jim Evans, the brother of police officer Paul. Disabled after getting shot in the line of duty, Jim is seen as a bitter police officer rattled by the charges against his younger brother, and is prone to bouts of violence.

Howard Charles, who has previously played Porthos in BBC America’s ‘The Musketeers’, plays Ethan, the kind-hearted husband of Tia (Corinealdi), in ‘The Red Line’. His character is seen to be working as a train operator on Chicago’s eponymous Red Line, and is supportive of his wife’s political career.

Elizbeth Laidlaw portrays Vic, a hard-working mother of two, and the devoted police partner of the socially indicted Pete Evans (Fishcher). Her unconditional loyalty to her partner results in her taking a questionable course of action, in the show. Vinny Chibber plays Liam, a quick-witted, openly gay high school teacher whose matter-of-fact approach to emotional support is welcomed by both Daniel Calder (Noah Wyle) and his daughter (Aliyah Royale) in the aftermath of the wrongful police shooting.

The Red Line Plot: What’s it about?

The heart-wrenching CBS drama ‘The Red Line’ follows the life of three vastly different Chicago families whose stories of loss and tragedy intersect in the wake of the mistaken shooting of an African-American doctor by a white cop. As the stories of Calder, Young and Evans families crisscross and intersect with each other, a message of hope appears– it’s possible to emerge from tragedy stronger, and it’s important to come together with others, not just to survive, but to thrive.

Directed by Victoria Mahoney, the pilot episode of ‘The Red Line’ titled ‘We Must All Care’, follows Daniel Calder, a high school history teacher in North Chicago, mourning the death of his husband Dr. Harrison Brennan, an African-American doctor who was shot while unarmed, by a Caucasian police officer (Paul Evans). As Daniel tries to console his grieving daughter, Jira Calder-Brennan, the two end in loggerheads when she decides she needs more support than what her single father can provide. Jira feels the need to receive the understanding of someone who knows what it feels to grow up as Black woman, and thus starts searching for her birth mother to learn more about her personal history, community and culture. Daniel seeks comfort in his colleague and Jira’s school teacher Liam Bhatt (Vinny Chhibber).

On the south side, Tia Young (Corinealdi) scours news of the shooting, torn between her political ambition of running for alderman and risking it all to comfort the daughter she gave up for adoption as a teen. Her husband Ethan Young, a red-line operator and devoted father to their 6-year old son, champions her running office, but cautions her about her connections with illegitimate daughter Jira. On the west side, police officer Pete Evans must face the reality of his actions and intentions in the fatal shooting of an innocent man and worries about his fate amidst the public and legal fallout. His police partner, Victoria “Vic” Renna, and his brother Jim Evans, a volatile, disabled, former police cop cause more harm than good in their attempts to help him.

The second episode, titled ‘We Are Each Other’s Harvest’ shows grieving widower Daniel Calder filing a civil suit against white police officer Paul Evans, who shot his husband. Meanwhile Daniel’s daughter Jira tries to connect with her birth mother Tia Young, who seems conflicted about meeting her daughter. Titled, ‘For We Meet by One or the Other’, the third episode of ‘The Red Line’ shows Daniel having an angry outburst after listening to cop Paul Evans testimony about Harrison’s (Daniel’s husband) shooting, putting his lawsuit against Paul at risk. The fourth episode ‘ ‘We Need Glory for a While’ finds Tia Young making enemies after she gives a powerful speech against Paul Evans, and the Chicago Police Department. Meanwhile Paul’s life takes an upturn due to a heroic act which improves his public image.

‘The Red Line’ season 1 premiered on April 28, 2019 on CBS. People interested in socio-political dramas must give The Red Line a try.

As far as the next season goes, we have bad news for the fans. On June 7, 2019, CBS cancelled the show. So, unless some other network picks up the show ‘The Red Line’ season 2 is not happening.

Check out show’s trailer and previous episodes on its official website.