The Resident S3 E14: Everything We Know 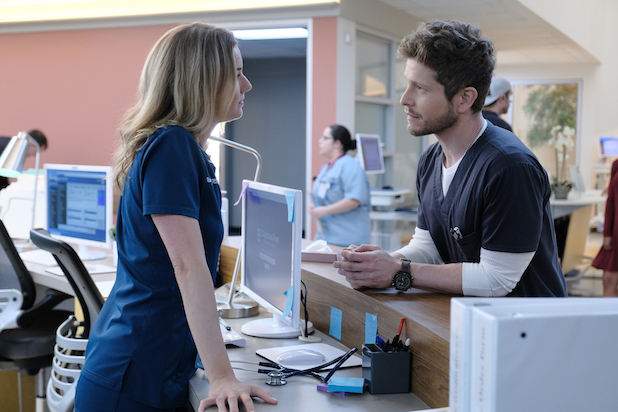 The 13th episode of The Resident is simply magical for one single reason — Conrad is back at Chastain as the chief resident! He had been mourning his departure from the hospital and was at a loss of what to do. Well, now that he is back, we can expect some more action in the upcoming episode. So, if you are done with the drama which unfolded this week, it’s time to get ready for the next week. Let’s take you through how and when you can watch the upcoming episode, i.e The Resident season 3 episode 14.

The Resident Season 3 Episode 14 Release Date: When Will It Premiere?

The official description of episode 14 gives us a gist of what can be expected from the story. It says: “Cain feels disrespected by Logan Kim when he is left out of a major decision regarding Conrad. Meanwhile, the doctors work together to try to save the lives of two big Red Rock donors who were involved in a jet skiing accident. Then, Irving and Devon realize that three of their patients, all with different symptoms, could actually be triggered by the same thing. Also, Bell’s supplement company proves to be more lucrative than anyone anticipated, but an unexpected snag could put it in jeopardy.”

You can also catch the promo trailer for episode 14 below:

Where to Watch The Resident Season 3 Episode 14 Online?

You can catch the latest episodes of The Resident season 3 on tv as and when they air on Fox, at 8 PM ET. The next option is to catch all the aired episodes on Fox’s official website.

Episode 13 is titled ‘How Conrad Gets His Groove Back’. While Mina faces issues in controlling her friend’s baby, Conrad meets his coach friend. One of the coach’s students is suffering from a calf injury. Conrad takes the boy to the hospital where he is attended by Bell and Devon. They diagnose that he requires to be intubated.

Meanwhile, Nic hears that her dad is arrested but he bails himself out. Still, she is left worried about him. On the other hand, Conrad meets the rich dad of Dax who wants his son to be shifted to St. John’s Hospital. Bell, AJ, and Conrad converse about Dax when there’s an emergency, with Dax needing immediate surgery. Although the patient is stable now, AJ and Bell know that they need Conrad’s expert opinion. Conrad informs them that Dax has Type B Lactic Acidosis.

When Dax again faces complications, Conrad advises Bell about the procedure. Seeing that the hospital cannot do without Conrad, Kim asks him to come back but the former says, he will return only on his own terms. Well, yes, Conrad rejoins and nobody could be happier. Meanwhile, Nic admits that she needs to take her dad for therapy. Conrad accompanies her as they hit the road.