The Resident S3 E15: Everything We Know 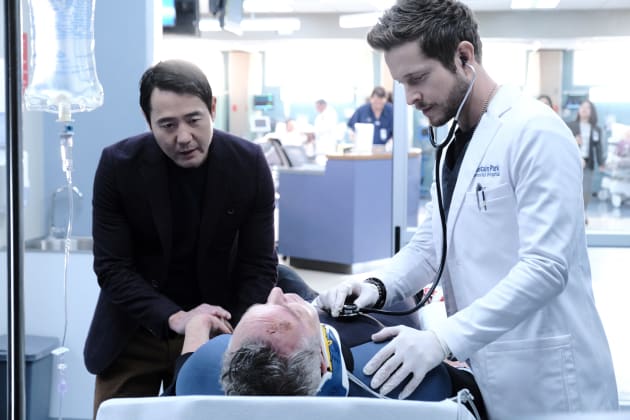 The 13th episode of The Resident, which aired last week, manages to introduce some major changes in the lives of the characters. After Conrad returns to Chastian, he also resolves some of his issues with Nic and the two head off on a road trip in order to admit Nic’s dad to therapy.

With Conrad’s return, Cain has difficulty accepting him back as his colleague on this week’s episode. But there’s more. We will come to that in our recap section. So if you are done with the drama which unfolded this week, it’s time to get ready for the next episode. Let’s take you through how and when you can watch the upcoming episode, i.e The Resident season 3 episode 15.

The Resident Season 3 Episode 15 Release Date: When Will It Premiere?

The thing is, due to the planned State of Union Address, the show has gone on a hiatus. In the meantime, we have some speculations of what the upcoming episode may hold for viewers.

We have been on a prolonged wait and we really want the hospital, as well as, its employees to evolve — especially when it concerns their profession and relationships. Several entanglements, including that of Conrad and Nic, are moving at a really slow pace. We hope that the new episode will resolve some of this slow burn and tackle bigger, impactful cases inspired by real-life incidents.

You can also catch the promo trailer for episode 15 below:

Where to Watch The Resident Season 3 Episode 15 Online?

You can catch the latest episodes of The Resident season 3 on tv as and when they air on Fox, at 8 PM ET. The next option is to catch all the aired episodes on Fox’s official website.

Episode 14 is titled ‘The Flea’. Conrad is back and rejoins Chastain on a full-fledged capacity, much to the displeasure of Cain — who is unhappy although he has managed to secure a good deal with Georgia FC. Cain also receives a warning from Kim, with the latter stating that the expenses are adding up to more than he can handle.

Devon and Feldman face the responsibility to care for three patients, who are exhibiting distinct symptoms. Devon comes to the conclusion that the patients must be suffering from organophosphate poisoning — which points to Bell and Andrea’s new supplement company.

However, Bell does not believe that the brand’s new products are proving to be hazardous for its customers, although there are similar reports of the same symptoms from other hospitals. As a result, Bell offers cash to Cain and their other investor so that he gets some time to find a reason, after gaining full control of the company.

On the other hand, Conrad treats two of Chastain’s biggest donors who got involved in a jet ski accident and are suffering from serious injuries. While Becky has a propeller embedded in her abdomen, her husband John is diagnosed to have his brain tumor making a comeback.

Kit, Mina, and AJ are able to treat Becky and Conrad and Cain are compelled to work together and save John. Conrad detects that John is suffering from porphyria and makes some changes to Cain’s OR. Finally, they are able to safely remove the tumor. Meanwhile, Andrea approaches Mina as she thinks that she might have the chance of a romantic relationship with AJ.