The Resident Season 4 Episode 7: What to Expect? 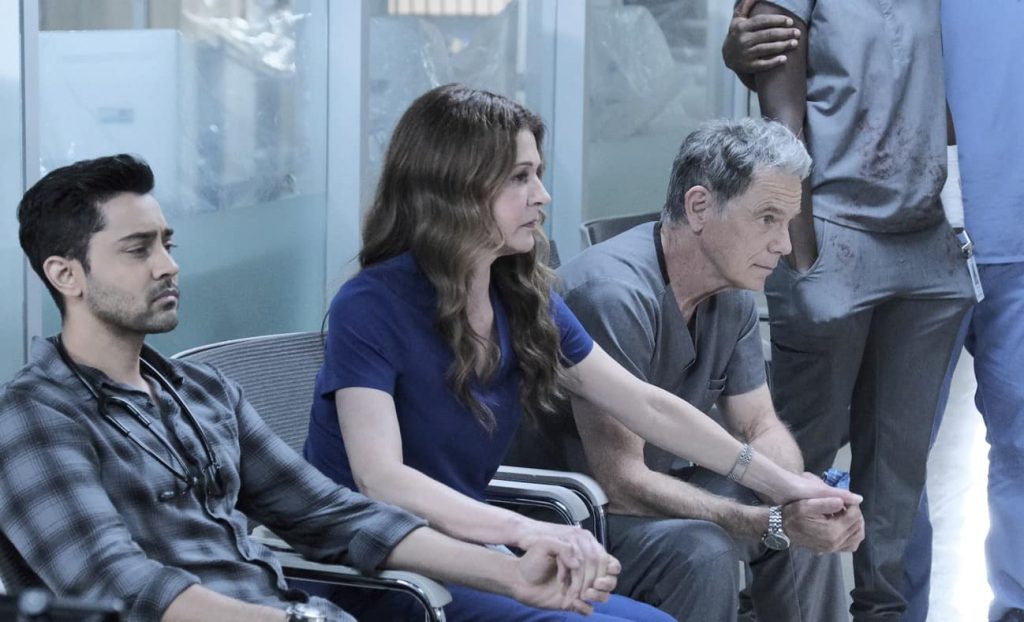 ‘The Resident’ season 4 episode 6 turned out to be an anxiety-kicking watch that kept the audiences emotionally on edge throughout its run. Nic and Conrad’s pregnancy reaches a critical stage, and everything now depends on the team, who gather all their energy and resources to save the baby. You can check out the rest of the episode details in the recap section. But if you’ve already seen it and are curious about the next episode, we’ve got your back.

‘The Resident’ season 4 episode 7 is slated to premiere on Tuesday, March 2, 2021, at 8 pm ET and 7 pm CT, on Fox. The show follows a weekly release pattern airing one episode every Tuesday.

Where to Stream The Resident Season 4 Episode 7 Online?

TV viewers can catch ‘The Resident’ season 4 episode 7 when it airs on Fox, as mentioned above. If you prefer to watch the show online, you can easily access the episodes through Fox’s official website. You can additionally stream full episodes on Fox Now, which requires you to have a service provider login. Audiences can also live-stream the series on FuboTV, YouTubeTV, and DirecTV. Active subscribers of Hulu can additionally watch it on the streaming service, while the rest can opt for Vudu and Amazon Prime, where the episodes can be rented or purchased.

The 7th episode of ‘The Resident’ season 4 is called ‘Hero Moments.’ We may see Conrad rescue his former Army commander as he is stranded in the forest. Devon and Kit will deal with a patient diagnosed with sickle cell anemia. In the meantime, Bell will focus on re-establishing a bond with his stepson, who he helped find a job at the hospital. Here’s the promo for you to watch!

‘The Resident’ season 4 episode 6 is titled ‘Requiems & Revivals.’ Nic’s friend Billie finally apologizes to Conrad because of the surgery mishap on her end. Nic wants Billie to be present for her as she is still battling PTSD from the stabbing incident. Meanwhile, Devon and Irving clash over differences in opinion as they treat a patient named Norman. Billie talks to Conrad in the cafeteria and strongly repents for what she has done in the past, yet he asks Billie to see her pregnant friend before leaving. Nic’s pregnancy leads to complications, and it turns out that the baby has anemia, which can only be solved through a blood transfusion, or the baby won’t survive.

Andy takes charge of the surgery, and Kit declares that they have four hours to do that. The surgery is soon completed, and a flash of relief floods over a worried Nic when the baby finally kicks. The operation indeed works wonders. Kit becomes the CEO of the hospital, and Jake receives a full-time position at Chastain. Conrad surprises Nic when she finds out that he has asked Billie to stay over for a few weeks.