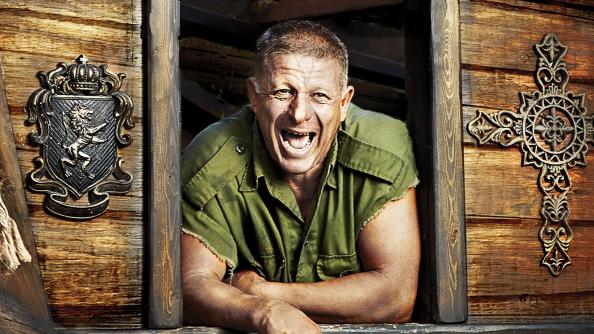 History Channel has come up with many reality shows in recent times. In the long list of these reality shows, The Return Of Shelby The Swamp Man is just another one of their attempts. The show follows  Shelby Stanga and his logging practices in the swamps and waters of southern Louisiana. It tries to intrigue it’s audience by apprising them of the different dangers the profession possesses. The return of Shelby The Swamp Man is a spin-off to the famous reality show Ax-Men which premiered on the same network in 2008 and followed the adventures of Loggers.

The show is not the first attempt by the network to capture life, rough around the edges with Shelby Stanga on the screen; ‘The Legend of Shelby the Swamp Man’ was its earlier iteration that based itself on the life of the character. It can in many ways be called as the predecessor of the show. Louisiana has been the shooting location for both the shows.

Who’s the Host of The Return of Shelby the Swamp Man?

As the name of the show suggests, it is a reality show based on the life of Shelby Stanga and his adventures. Shelby Stanga gained popularity in the 2008-based show Ax-Men and is popularly known by the title of ‘Swamp Man.’ Shanga is the only permanent cast of this series.

What is The Return of Shelby the Swamp Man About?

A swamp is an area of low-lying land which is wet or spongy. It has certain types of trees but otherwise is a piece of land which is unfit for any kind of agricultural purposes or pastoral activities. One such vast swamp exists in Southern Louisiana and is commonly referred to as Bayou is the USA. The titular character calls this area his home as this is where he grew up, and this is the place which earned him name and gave the title of ‘King Of The Swamp.’ He gained this reputation by pulling out highly valuable things such as cypress from these swamps.

Shelby used this hard-earned swamp reputation in the area to rule it. He got orders in bulk for a few years. However, as all good things come to an end, even this domination saw an abrupt decline as suddenly he started losing his orders. The bulk orders which were in plenty dried up. The ‘king of the swamp’ lost everything he had earned and reverted to the place which gave him everything, the swamp.

Although, things were not the same this time around. A new challenge awaits him in Louisiana, his home. The record floods have destroyed everything, the houses, and the businesses in the town. The town is in trouble, and Shelby’s friends and family need him now more than ever. The ‘King of the Swamp’ sees this as an opportunity to help all his friend and bring the swampers back on their feet. He also sees this as an opportunity to regain his lost fame and conquer his lost position at the apex by helping others.

Shelby is alone this time. His new protege Angela accompanies him. She is required to be a quick learner as Shelby does not have a lot of time to make things healthy again. Shelby, however, has made it a mission to succeed in this and along with Angela, he pulls out every trick he has in his sleeves. He also brings his new toy to change things, a 40-ton barge he lovingly calls ‘The Leviathan.’ A barge is a boat which can be used in such swamps and is used to carry and transport goods. Season two should be a continuation of his adventures where the legendary swamp man faces new challenges, as he paints a picture of his journey to the apex of this business.

The Return of Shelby the Swamp Man Season 2 Release Date: When Will It Premiere?

The Return of Shelby the Swamp Man season 1 premiered on History Channel on August 30, 2018. The show ran for five episodes and was broadcast on every Thursday night in the USA. As of now, there has been no clarification as to when season 2 will premiere. The network has neither confirmed or denied if the show has been renewed. However, fans will hope for a renewal and would be highly interested in watching the swamp man take on a few more adventures.

As it happens, the network was not happy with the ratings of the show and the show amassed way less hype than its predecessor, Legend of the Swamp Man. If it does get renewed, expect an announcement on The Return of Shelby the Swamp Man season 2 by late 2019.

The Return of Shelby the Swamp Man Trailer

If you are new to Shelby and his misadventures, here is a trailer from season 1 for you to get a taste of it. Watch it below: