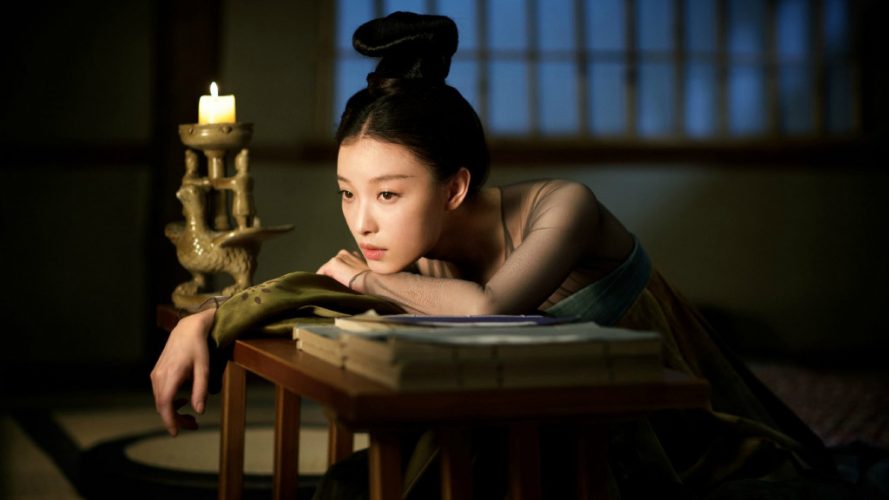 The Rise of the Phoenixes is a Chinese drama series that is loosely inspired by the novel Huang Quan written by Tianxia Guiyuan. The show stars Chen Kun and Ni Ni in the leading roles. The series first premiered on Hunan television on August 14, 2018, and was later picked up by Netflix and aired on Netflix on September 14, 2018. It is the very first television drama to be filmed in Tang City film studios as this was a period drama. The story follows the sixth prince of the ruling kingdom and his journey to take revenge and free his mother from the accusations of high treason. The story is intriguing and adventurous, the plots are layered and keep you guessing throughout.

The Rise of the Phoenixes Cast: Who’s in it?

The show has a huge cast and crew. However, the main and the supporting cast of the crew who are likely to return in the upcoming season are as follows: Chen Kun who plays the sixth prince of the Tiansheng Kingdom, Ning Yi, the Prince of Chu. He is Sharp-witted, determined and calculative. He always had his eyes set on the throne after his loved ones were betrayed by the system, falsely framed and massacred by political opponents. He wears a facade of a carefree prince who does not have any ambition to sit on the throne; while secretly building up his political network and connections from a scratch so he can bring justice to those who falsely accused his half-brother and mother of treason.

Ni plays the unfavored daughter of the Qiu Family, Feng Zhiwei. She is the last princess of the fallen Cheng Dynasty. She gets banished from her own clan after being falsely framed of a crime. She takes the disguise of a man to work and eventually attend the prestigious Qingming Academy. She also joins the royal court as a respected official under the alias of being a man named Wei Zhi. Ni Dahong plays Ning Shizheng who is the Ruler of Tiansheng kingdom. He is a shrewd and distrustful man. Hai Yitian plays Ning Chuan, The Crown prince of Tiansheng Kingdom. He is ambitious but a useless and incapable man who depends heavily on Chang Hai and other advisors to strategize and plan for him. Shi An plays Ning Sheng, the Second Prince of Tiansheng Kingdom. He is Ambitious but quite cruel and is a key contender for the throne.

Wang Kaiyi plays Ning Ji, the Tenth-prince of the Tiansheng Kingdom and the emperor’s youngest son. He is a kind boy who trusts and respects Ning Yi. Mei Ting plays Ya Le, the Princess of the Sunset tribe and Ning Yi’s mother. She was assumed to be a witch and killed for it. Yu Mingjia plays Noble Consort Chang who is Ning Sheng’s birth mother and Ning Yi’s step-mother. Zhu Rui plays Yue Ling, who is the daughter of one of the founding members of the Bloody Pagoda. She enters the court as the king’s woman and tries to weaken the dynasty by sowing discord between the emperor and his sons. Wang Oulie plays Lady Wang, who is a kind yet disliked concubine of the emperor and Ning Qi’s biological mother.

The Rise of the Phoenixes Plot: What is it about?

The story is about a Kingdom, the throne and the lies, discords, and deceit that surround it; the hidden agendas of the people who have been wronged and the reed of the others. It follows a young prince who spends every day of his life hiding behind a façade so he can take his revenge from his opponents for framing his mother and brother for high treason. Another focal point to the story is the leading lady who has to cross-dress herself as a man after being wrongly accused and start a new life without her clan. The story is not just about revenge but whether the characters will be able to let go of their hatred and live a peaceful life. It is a classic storyline of the good beating the bad with a modern twist. Both the leading actors are extremely talented and do justice to their characters.

The Rise of the Phoenixes Season 2 Release Date: When will it premiere?

The Rise of the Phoenixes Season 1 premiered on September 14, 2018. However, there is no news about the second season of the series as of yet. The fans are raving about the show and sending a series of tweets to Netflix to let them know that there are takers of the show and that it is widely appreciated. The amount of love and appreciation that the show has gathered might mean that it will return for an upcoming season. We will update this section as soon as we come to know about The Rise of the Phoenixes Season 2 release date.

The Rise of the Phoenixes Trailer:

There are no teasers or trailers for the upcoming season, but you can get a sneak-peak into what the first season was all about until an air date is announced for season 2 and a trailer is released.