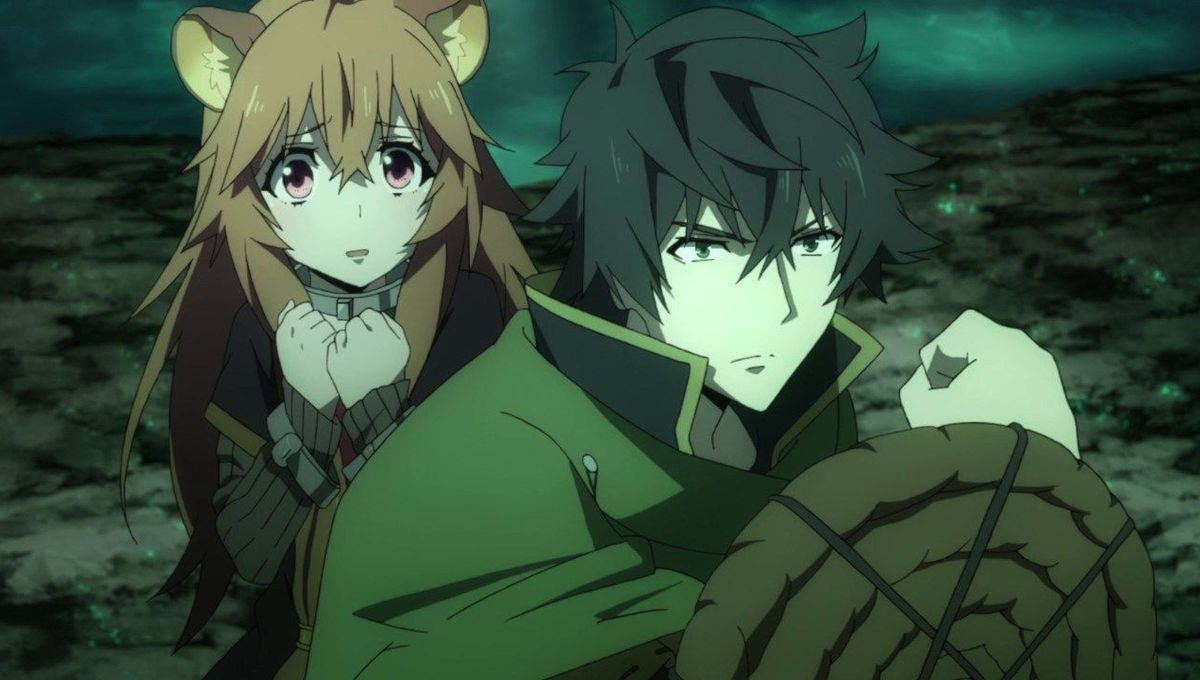 I am a big fan of the “isekai” genre. I just love the idea of a normal person being transported to a very different world. Stories that start off with the main protagonist being born into a fantasy world are also great, but when the premise revolves around a character that has no idea where he/ she is in the beginning just makes the whole premise even more exciting. However, there is one big problem with this genre — most characters in these anime are often extremely cliched. But ‘The Rising of the Shield Hero’ is a big exception as it brings in a very unique perspective towards “isekai”.

The anime, however, has several flaws, one of them being its characters. Though the characters are transported to a whole new world, it doesn’t feel like they are new because they just adapt to it in a matter of seconds. They somehow accept their fate in no time and are even ready to risk their lives for this new world without even knowing much about it. The show is still on but we don’t know why the “heroes” are on the planet and why the “saving” cannot be done by other magicians who seem equally capable of slaying demons.

But even though the characters lack a basic sense of purpose, they actually make the show better in some ways. In today’s anime shows, the use of fan service has become so common that it’s downright annoying and is never really funny. But ‘The Rising of The Shield Hero’ deliberately makes an attempt to avoid fan-service, which for me is a very commendable move. As a viewer, this allows me to focus on the other different personality traits of the characters instead of being forcefully exposed to their perverted inhibitions through Ecchi. The anime takes this lack of fan-service to its advantage and brings you some really deep and well-written characters. Even their relationships feel natural and well-developed.

Personally, I feel that ‘The Rising of The Shield Hero’ is quite an enjoyable anime show and deserves the popularity that it has got in such a short span of time. However, I do understand the sentiments of those who do not like it due to its fast pacing and plot holes. But in general, I think everyone should give it a try once and see if it really suits one’s taste or not. If you are able to overlook the evident flaws, then great. But if you’re seeking perfection, then just give up on it midway because it does not really get better.

The Rising Of The Shield Hero Season 2 Release Date: When will it premiere?

As far as season 2 of the anime is concerned, Junichiro Tamura, who is the business producer of the show, claimed on a Reddit AMA that the popularity gained by the anime in the west and also in China has completely surpassed his expectations. He announced that if the popularity remains the same and fans keep supporting it the way they have so far, then there will be two more seasons of the show. Luckily for us, it has been confirmed that there will be a season 2 of the anime and though the final official dates have not been released yet, we expect ‘The Rising of The Shield Hero’ season 2 to premiere sometime in 2021.

The Rising Of The Shield Hero English Dub:

As I mentioned earlier, if you want a season 2, then you should definitely stick to websites that are reliable and also contribute to the creators of the anime in one way or the other. Those who are looking for an English Dubbed version of ‘The Rising of The Shield Hero’, the best legit place where you can find it is Crunchyroll, Funimation, and VRV.

The Rising Of The Shield Hero Plot:

‘The Rising of The Shield Hero’ centers around the four cardinal heroes of modern Japan who are summoned to the kingdom of Melromac and are assigned the task of saving it. Each of them is respectively presented with a bow, spear, sword, and shield to protect Melromac that has had a history of disasters, convincing the people that the place they live in is cursed. Speaking of cursed, Naofumi Iwatani is the unluckiest of all the warriors and is only bestowed with a shield. He often becomes the center of jokes among his peers, who make fun of his lack of offensive combat skills and also his lame personality.

But Naofumi never really gives up and decides to train with the one person who is willing to train with him — Malty Melromarc. But even Malty betrays him later by claiming that he behaved inappropriately with her. She goes around telling everyone in the village a cooked up story about how Naofumi took advantage of her. Naofumi further falls into a deep pit of darkness. But even then, he somehow gathers all of his strength and decides not to give up. He sets out on a journey to become stronger and also to even out his false reputation in the village. With no one else by his side, he decides to buy an almost dead demi-human slave and takes it with him on his journey of self-improvement. Soon, tragedy again strikes the village of Melromac and now it’s on Naofumi and demi-human slave to save their village and prove their actual worth. But do they have what it takes to reverse the fate of their cursed village?

The Rising Of The Shield Hero Characters: 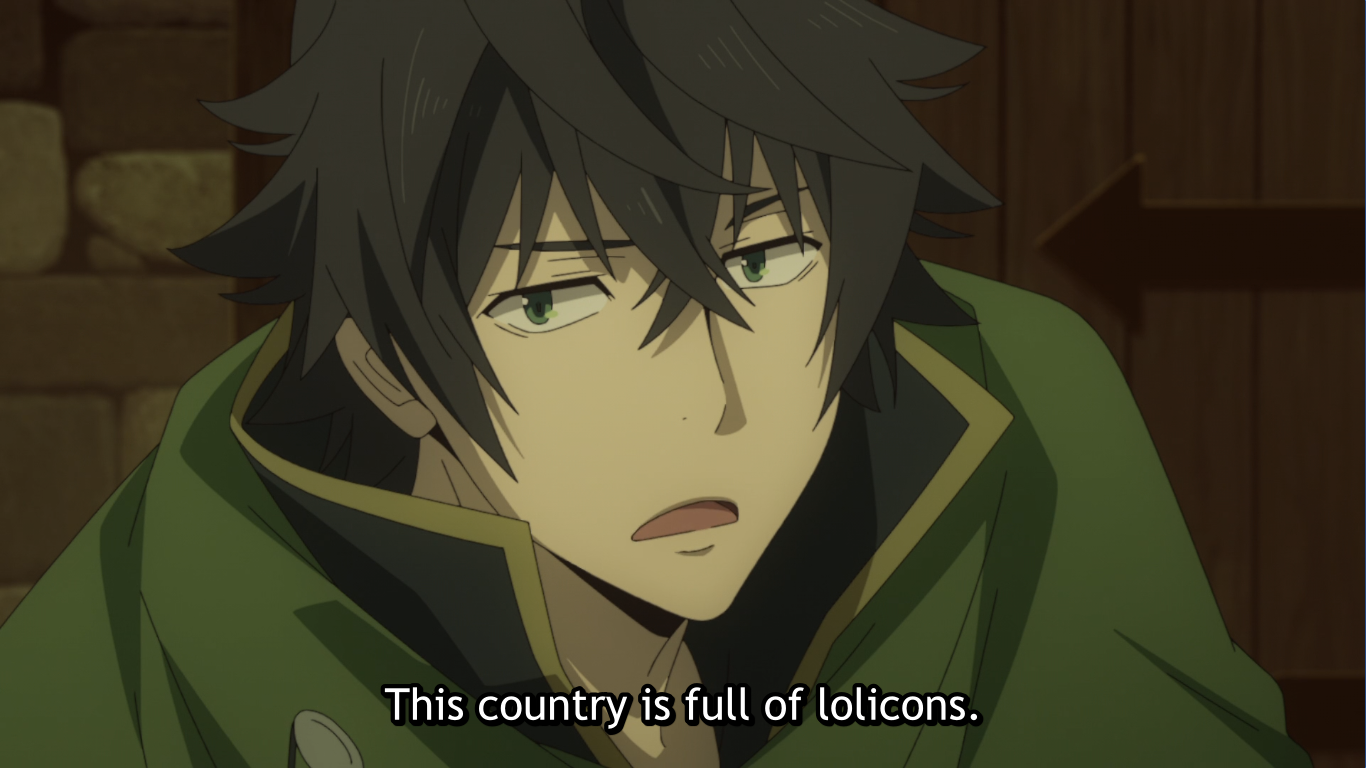 Nafumi Iwatani is the main protagonist of the show, who was once a university student before being summoned as one of the four warriors. But he is unfortunate enough to get a weapon that has the least value — a shield. He is 20 years old and has slim physique with sharp features and jet black spiky hair. He wears a shiny silver armor that has specks of gold on it and always carries around his legendary shield that was destined to be his.

Initially, Iwatani comes off as a very happy and cheerful guy who is enthusiastic about getting summoned to this strange new place. Even though his fellow warriors tease him about the useless weapon, he never really gets bothered by any of that because he is grateful that he is getting a chance to be a part of something so big. But later, when he is framed as a rapist, he is left with no money and respect. He loses everything in one go and is left all alone in a strange land that is far from his home. For a long time, he remains in a permanent state of anger and depression but later, he snaps out of it and decides to turn his life around completely. Though he still hates Malty who framed him, he tries to understand the sentiments of the villagers and later vows to protect them from danger and fulfill his destiny. 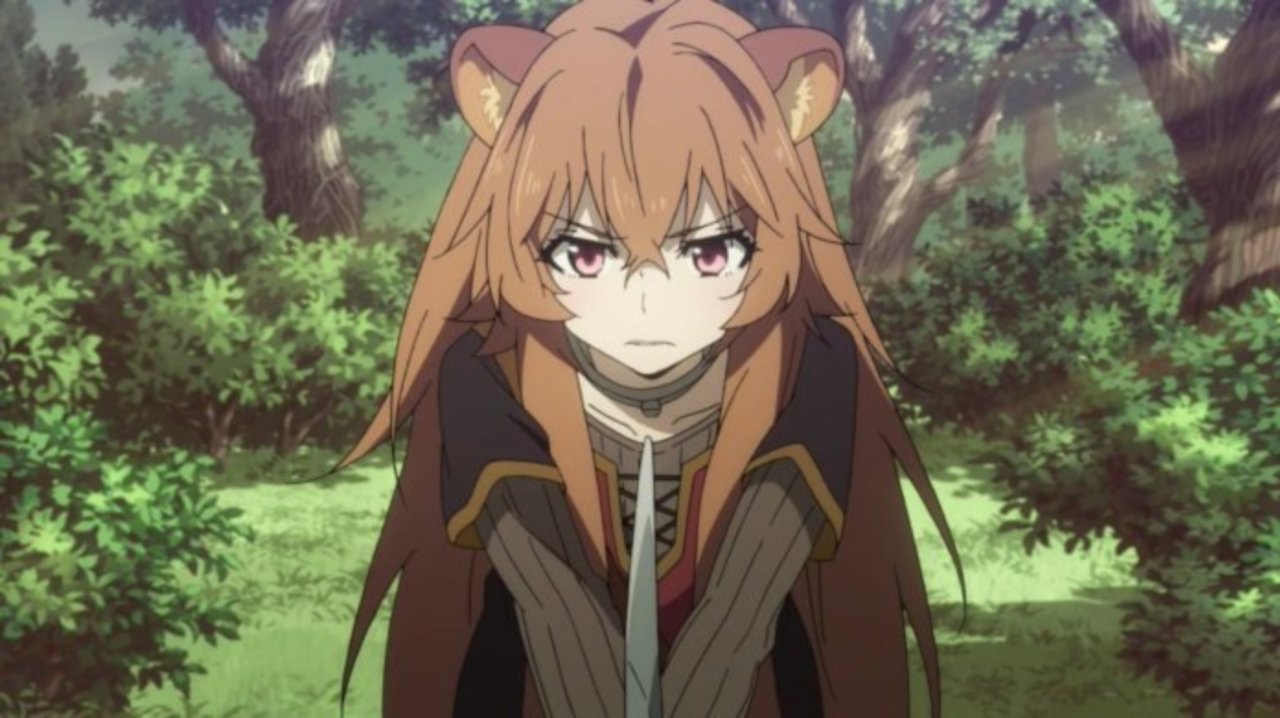 Raphtalia is a demi-human who is bought by Nafumi before he decides to walk on his own path of self-improvement. Raphtalia goes through a major transformation in the entire series from the time when she is bought by Nafumi as a kid to the time she grows up to become a strong warrior. When Nafumi initially brings her home, she is this tiny little kid who has really long hair and shabby clothing. Nafumi gives her a bath, provides her with new clothes and even cuts her hair short to a fairly acceptable length. She comes from the “Raccoon Class” and because of that, she has long fluffy ears on top of her head and long hairy tail.

At a very young age, Raphtalia had to go through a lot; she had to watch her own village burn down to the ground. Nafumi really admires the fact that even though she went through so much pain during her childhood, she still hasn’t lost her spirit and sanity. She initially comes off as very shy and insecure because of her slave status but Nafui helps her build her confidence and trains her to become a strong young girl.