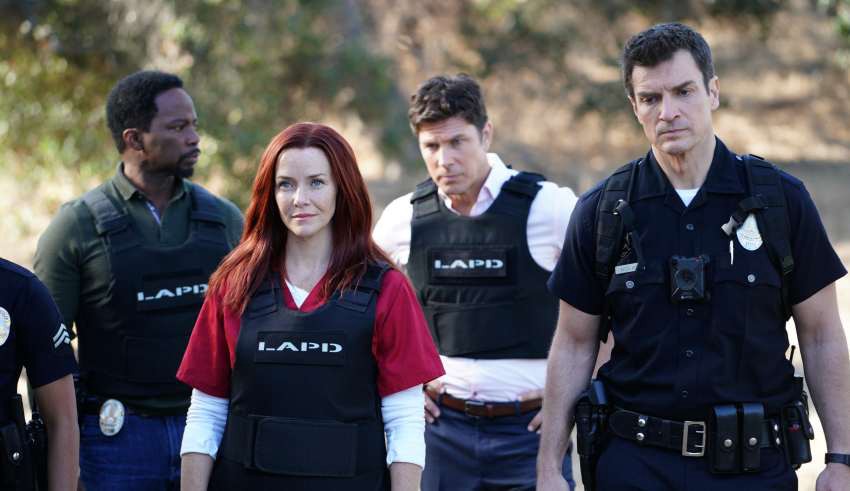 The 14th episode of The Rookie season 2 showcases multiple moments where the past collides with the present. And the highlight of this week’s episode is, of course, Nolan and Bradford. We will come to that later. Now, if you are already done with the last episode, it’s time to get ready for another high-octane week. Read on to know the tune-in times and streaming details of The Rookie season 2 episode 15.

The Rookie Season 2 Episode 15 Release Date: When Will It Premiere?

Its official synopsis goes as follows: “Officer Nolan is having a particularly bad day after learning his identity has been stolen and could jeopardize his position as an officer. Meanwhile, Sgt. Grey must confront his past and testify at the parole hearing of the man who shot Grey and murdered.”

Where to Watch The Rookie Season 2 Episode 15 Online?

Episode 14 begins with a major reveal — Lucy gets a dog! And Tim and Jackson are both venting out their frustrations on Lucy’s decision. Well, the episode then unravels to chronicle the cases of the week. While Angela and Jackson see a man who has apparently been shot on the head, John and Harper track down a suspect. But the suspect returns when he discovers a corpse in the warehouse he was planning to hide in.

Armstrong joins the investigation and alongside John and Harper, visit a place where the victim had stayed for a few days before his death.  His roommate makes an appearance at that precise moment and makes a dash for it when he sees the cops. John manages to catch him and Lucy and Tim arrive to help. Tim recognizes the man as his former colleague from the military. It is revealed that the dead man’s name is Joe and he was a criminal dealing with counterfeiting money.

However, when the team searches Joe’s hideout for the said cash, they do not find anything. But they are able to track down the guys who are the ones behind the stolen money. Ultimately, the gang’s leader hands over the actual guy who was Joe’s killer. Tim’s ex-military buddy is cleared of all allegations and Tim even manages to find him a job. THE END!