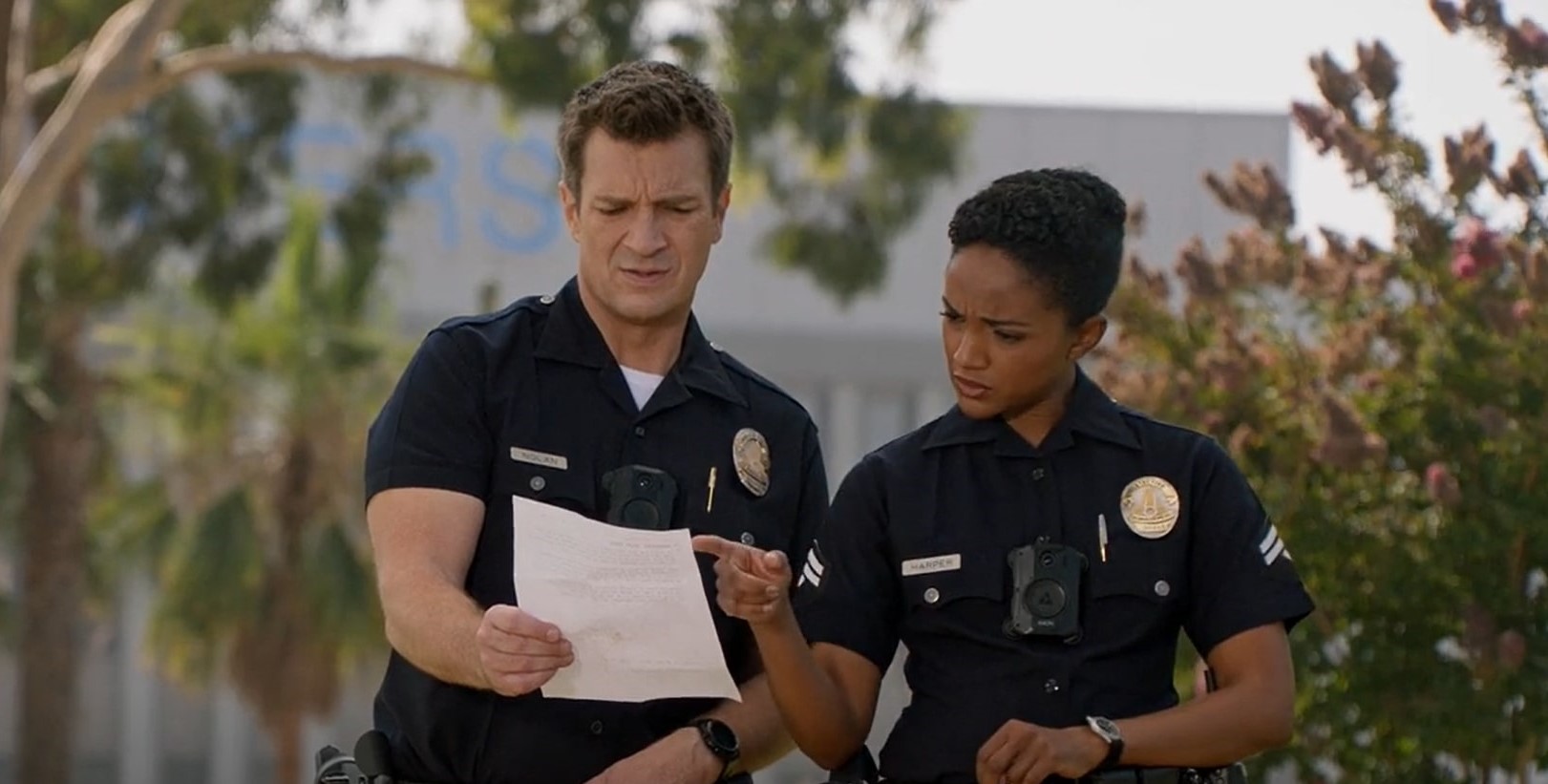 In the latest episode of ‘The Rookie’ season 4, Nolan catches a badge bunny eyeing his girlfriend, Bailey. At first glance, he looks harmless, but towards the end, he proves to the cops otherwise. Bradford and Chen are still reeling over their incomplete bet, so they recreate it while working on multiple cases. The primary case revolves around the presumed suicide of an alleged arsonist. We have added a recap section in case you haven’t watched episode 7. If you’re curious about what to expect from episode 8, we have got your back!

Unfortunately, there won’t be any new episodes until next month as the show has entered a hiatus. So, ‘The Rookie’ season 4 episode 8 is set to premiere on December 5, 2021, at 10 pm ET on ABC. After the break, the show will continue to drop new episodes every week on Sunday. Although the total number of episodes is yet to be revealed, we can confirm that each of them will have an average runtime of 40-45 minutes.

Where to Watch The Rookie Season 4 Episode 8 Online?

If you have a cable connection, you can catch ‘The Rookie’ season 4 episode 8 on ABC on the date and time mentioned above. In case you prefer to stream the show online, the episodes will be available on ABC’s official website and ABC app after its release. Besides, Live TV options like DirecTV, Fubo TV, Xfinity, and YouTube TV can also be availed to watch the episode.

The eighth episode, titled ‘Hit and Run,’ might follow a car accident resulting in the driver taking off without taking accountability for perhaps running someone over. We can expect the episode to have exciting twists and surprises in store. It could also very well center around Nolan or the wholesome partnership between Bradford and Chen. Viewers love to watch their favorite characters in action, and sometimes, a quick dive into their personal lives is all it takes to get the wheels spinning. The promo here could enlighten you with more details!

The seventh episode, titled ‘Fire Fight,’ delineates a fire incident that leads to the death of an alleged killer/arsonist named Fred. He was under investigation when the news of his death came around. It is after the incident that Nolan and his team realize that he is not responsible for the murder. On top of that, his death was made to look like he killed himself in the fire, which must have been the work of the actual killer. Meanwhile, Nolan has to get rid of a badge bunny who is interested in Bailey.

At the office, Officer Chen and Sergeant Bradford place a new bet because of the futility of the previous one related to the treasure hunt. However, they are distracted by a woman who tries to escape prison because of her fear of sharing a cell with other prisoners. She leads them to a woman who illegally economizes on extinct tiger blood, and that woman, in turn, rats out on a drug dealer. She turns out to be a woman selling pills without a license, but that is not all. Through information revealed by her, Bradford and Chen find a woman who is about to hire a hitman to murder the drug dealer’s husband.

On the other hand, Bailey’s stalker, Marcus, turns out to be a serial killer. He traps Nolan in his car and gives him the drug that he generally uses on his victims. Marcus then takes him to a building wherein Nolan stabs Marcus with a pair of scissors, but that is not enough to take the perpetrator down. Nolan finally gains the upper hand and runs Marcus over with the car before tying him up. At the hospital where the injured cop is then admitted, Bradford and Chen finally close their bet upon seeing their colleague banged up.