The Rookie Season 4: Everything We Know 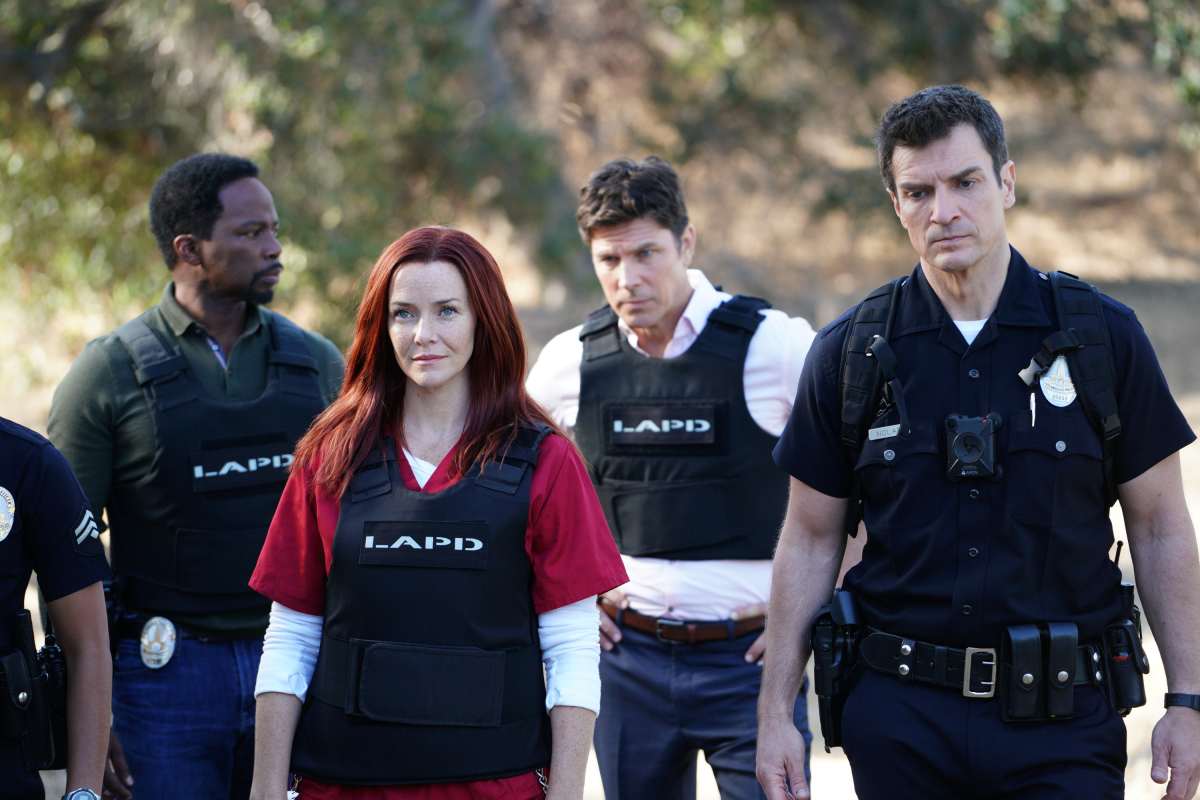 ‘The Rookie’ is a police procedural series that follows John Nolan, a man in his forties who is newly divorced and has a college-going son. A former owner of a construction company, John decides to change career lanes and is recruited by the Los Angeles Police Department. Despite people doubting his abilities, he takes challenges head-on and proves his mettle. Created by Alexi Hawley, the series originally premiered on October 16, 2018.

The show received tremendous praise for its cast, especially because it is led by the very likable Nathan Fillion (John Nolan). It has also been highly rated for its direction and writing. However, season 3 seemingly disappointed a few fans, who felt that the show lost its charm after it adopted a preachy tone to emphasize social and political issues. Therefore, we can see why some fans might be anxious about whether or not their favorite show will return with a potential fourth season. So, if you want to know what is on the horizon for the series, we’ve got your back!

As far as the fourth installment is concerned, here is everything we know. On May 14, 2021, ABC announced that the crime drama series had been greenlit for season 4. Although season 3 received some criticism, it is worth noting that it has drawn 9.80 million viewers, which means that the viewership has steadily grown with each season. This figure emerged as a result of multiplatform viewing. While season 1 attracted 7.79 million viewers, the sophomore outing drew 8.19 million people. Therefore, it looks like ABC could only benefit from renewing the popular series for another season.

Congratulations to #TheRookie – we will be back for another season on ABC! 😍 pic.twitter.com/CBo29fHqyJ

Even though a release date has not yet been announced, we can safely say that fans won’t have to wait as long as they had to for the third installment. Season 3 was renewed in May 2020 but could only release in early 2021 due to delays caused by the Coronavirus pandemic. The third season began filming in Fall 2020 and faced many challenges as some crew members tested positive for the virus. However, the team marched on and was able to deliver the third round of episodes in January 2021.

Before the pandemic hit, new seasons of the series traditionally arrived in the Fall, specifically in September or October. Therefore, if the production team begins filming soon, the show could fall back into its usual release schedule. If that happens, we can expect ‘The Rookie’ season 4 to release sometime in Fall 2021.

The Rookie Season 4 Cast: Who can be in it?

The ensemble cast of the show is helmed by Nathan Fillion, who plays John Nolan. Other main cast members are Alyssa Diaz (Angela Lopez), Richard T. Jones (Wade Grey), Titus Makin Jr. (Jackson West), Melissa O’Neil (Lucy Chen), Eric Winter (Tim Bradford), Mekia Cox (Nyla Harper), and Shawn Ashmore (Wesley Evers). Most of them are likely to reprise their roles in season 4. We also meet Jenna Dewan in the season 3 finale, who plays Nolan’s new neighbor. She may continue to be a part of the upcoming season.

We may also see Dylan Conrique (Tamara Collins), Zayne Emory (Henry Nolan), Madeleine Coghlan (Abigail), and Camille Guaty (Sandra “La Fiera” De La Cruz) once again in supporting roles. Over the years, the series has included some interesting guest stars such as Will.i.am, Frankie Muniz, Mario Lopez, Mark Cuban, and Alan Tudyk. So, we can look forward to seeing such recognizable faces in the fourth season.

The Rookie Season 4 Plot: What can it be About?

In the third season, we see that Nolan is at odds with his son, Henry, after the young man decides to drop out of college. Eventually, Nolan comes to terms with it. By the end of season 3, LAPD has their eyes on a drug cartel, and Lucy earns her place as one of the undercover agents approved to be a part of the operation. Wes and Lopez’s wedding does not go as planned as the FBI takes over the venue.

In the fourth season, we may see how Lucy fares in the new professional role that requires her to roll with drug dealers. Nolan’s romantic life may see some exciting developments. We may also see Wes and Lopez adjust to a new phase in life. But more importantly, LAPD will have more crimes to solve.

Read More: Where Is The Rookie Filmed?