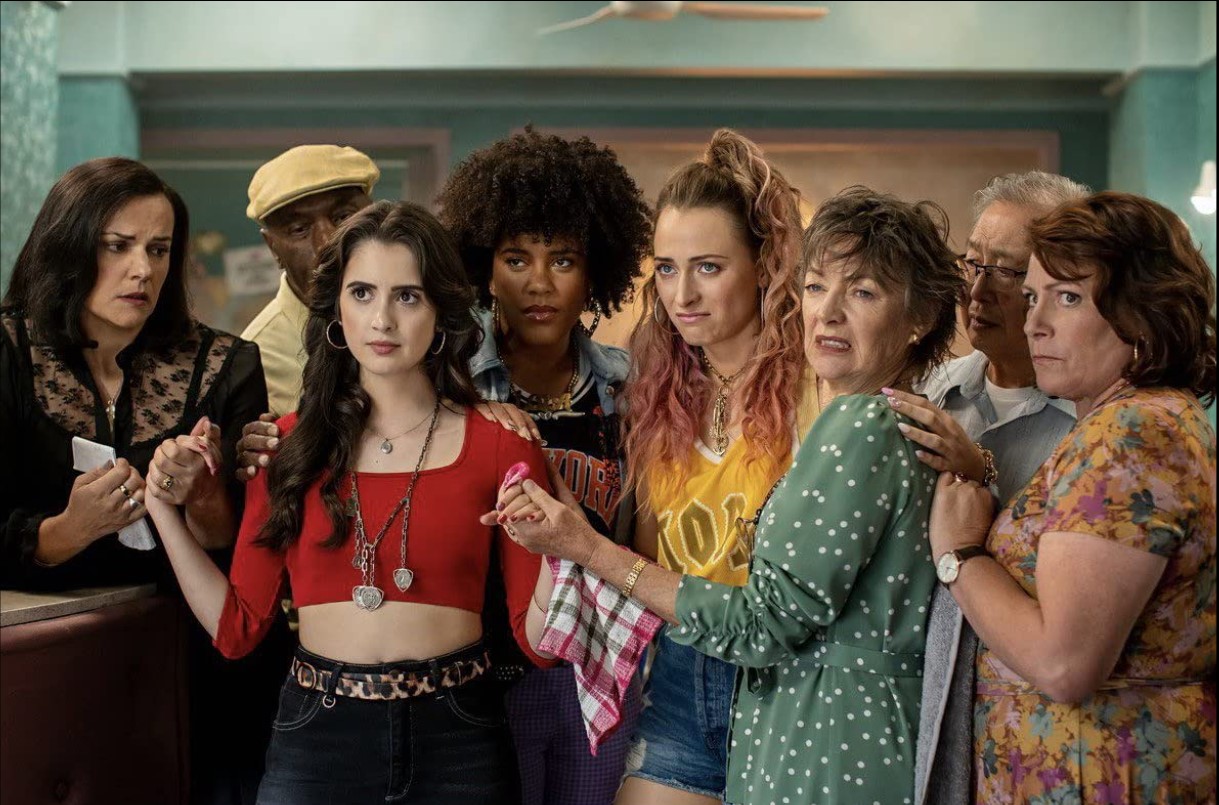 A royal almost-wedding, a castle with a lush estate, a Prince who cannot forsake his duties, and a female lead who ardently stands for what she believes is right – ‘The Royal Treatment’ has it all. The Rick Jacobson directorial faintly echoes the tried and tested rom-com tropes of the past while updating the narrative for the present audience. Thus, the heart-melting ending of the film makes one wonder about the possibility of seeing Izzy and Thomas on screen again. If you’re also pondering over the same, then we come bearing answers.

‘The Royal Treatment’ released on January 20, 2022, on Netflix. Although the narrative is quite familiar, it still makes for a scintillating watch, which is probably why viewers have showered the film with much appreciation. So it is only natural to wonder what the future holds for Izzy and Thomas, and this is what we know in that regard.

As of now, neither Netflix nor the team behind the production has mentioned anything about a potential sequel, so the future of the potential franchise seems uncertain. On one hand, the film does deliver the quintessential happy ever after ending that all rom-coms are associated with, making it seem as though Izzy and Thomas’ love story is complete. At first glance, it may seem like ‘The Royal Treatment’ universe may not have any scope for further expansion.

But if you were to take a step back and evaluate, then it becomes apparent that there may yet be some glimmer of hope for the audience. Firstly, while we know Thomas and Izzy unite in the end, there are still some questions – especially surrounding Lauren and Thomas’ ruined nuptials – that linger on in our minds. Secondly, Netflix has a penchant for renewing films, including those from the romantic comedy genre, that successfully manage to leave an impact on its viewers. Some examples of this include series such as ‘The Kissing Booth,’ ‘To All the Boys,’ ‘A California Christmas,’ and ‘The Princess Switch.’

Therefore, if ‘The Royal Treatment’ is able to secure high viewership numbers, then it is a distinct possibility that the sequel could be greenlit. If and when that does happen, it would be wise to account for some unexpected/unforeseen delays that could arise due to the covid 19 pandemic. Consequently, it seems likely that ‘The Royal Treatment 2’ will release sometime in mid to late 2023.

The Royal Treatment 2 Cast: Who Can Be In It?

In case ‘The Royal Treatment 2’ is given the go-ahead, we can expect the central couple to grace our screens again. So, Laura Marano (Isabella) and Mena Massoud (Prince Thomas) will likely make a comeback. Apart from them, Jacque Drew (Ruth LaMott), Cameron Rhodes (Walter), Grace Bentley-Tsibuah (Lola), Amanda Billing (Valentina), Teuila Blakely (Catherine), Paul Norell (King John), and Matthew E. Morgan (Buddy LaMott) will likely reprise their roles. Some fresh faces may also be added to the roster if the narrative calls for it.

The Royal Treatment 2 Plot: What Can It Be About?

In ‘The Royal Treatment,’ Lauren’s mother releases conspicuously flirtatious photos of the Prince and Izzy to tabloids, leading to King John and Catherine firing Izzy. As she returns to New York and takes over the directorship of the community center from Nate, Thomas calls off his wedding after heeding Walter’s words. Then, in a grand gesture of love, Thomas shows up outside Izzy’s building on a horse in a scene that is an ode to Izzy’s memories with her late father. The two then ride off to get some gelato.

In a potential sequel, we will likely learn more about what life for Thomas and Izzy looks like in a couple of years. Have the two decided to stay back in New York and run the community center permanently, or will the pair travel back to Thomas’ native country and help establish the monarchy again? Furthermore, given that his parents are on the brink of bankruptcy, we will likely also find out about King John and Catherine’s fate. Lauren’s ambitions could also be explored – will she end up establishing the dog purse business? Lastly, the film could also put Walter up, front, and center and the gang could help him find love too.

Read More: Is Lavania a Real Place? Where is it Located? Is Thomas Based on a Real Prince?