The Seven Deadly Sins Season 5 Episode 11: What to Expect?

Developed from a manga series written and illustrated by Nakaba Suzuki, ‘The Seven Deadly Sins’ or ‘Nanatsu no Taizai’ is a high-fantasy anime known for its well-developed magic system, multi-layered storyline, and complex characters. It revolves around the eponymous group of legendary knights. After holy knights take over her kingdom, Princess Elizabeth Liones embarks on a grand journey to find the Sins. She later discovers that she and their leader, Meliodas, the Sin of Wrath, have a history that stretches back numerous rebirths.

‘The Seven Deadly Sins’ season 5 episode 11, titled ‘The One Who Stands Against a God,’ is set to release on March 24, 2021, on TV Tokyo and BS TV Tokyo. Studio DEEN, the anime’s current producer, worked together on the 5th season with the Korean animation studio, Marvy Jack. Susumu Nishizawa directed the episodes, with Rintarō Ikeda serving as the main scriptwriter. Hiroyuki Sawano, Kohta Yamamoto, and Takafumi Wada provided the music. Akihito Okano sang the opening theme track “Light That,” and SawanoHiroyuki[nZk]:ReoNa performed the ending theme track “Time.”

In episode 10, Ludociel arrives to protect Merlin while she casts Chrono Coffin. The archangel inflicts severe damage on the Original Demon with Lightning Spree but notices that his opponent is rapidly getting stronger. Both he and Merlin realize that the Original Demon is gradually disintegrating. The original Demon reveals that he has cast his most potent magic, Crisis, which allows him to get stronger as he withers away.

Meanwhile, as Mael, Elizabeth, and the others make their way to Camelot, Escanor requests Mael to take back his grace Sunshine for the impending battle. Mael is reluctant because he feels that he has become unworthy of it. Escanor then tells him to borrow it for the time being. As the Original Demon begins to overwhelm Ludociel, Mael arrives and hits the Original Demon with Greatest Sun. 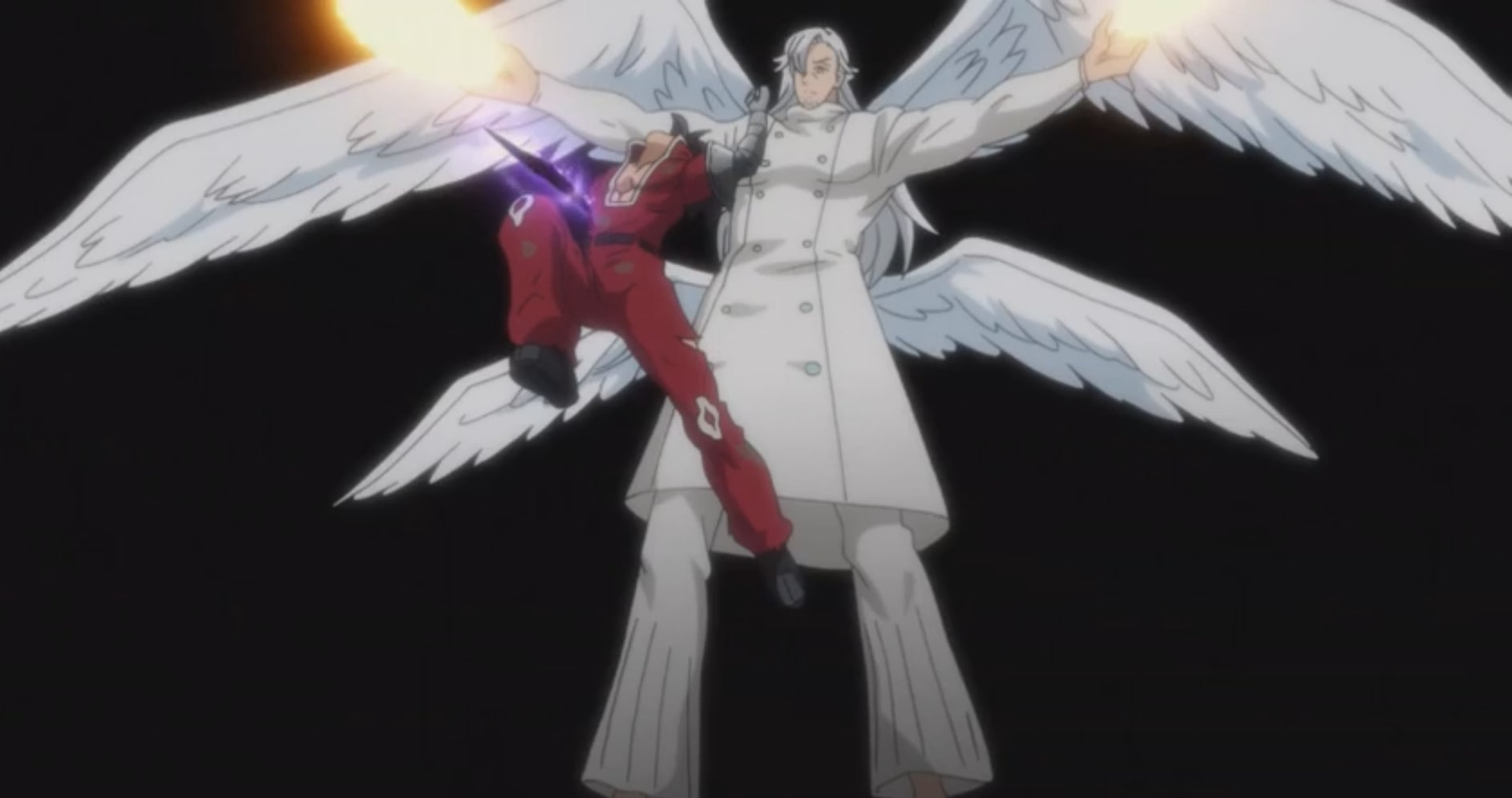 Zeldris, who has protected himself from the explosion of Greatest Son, starts fighting Mael. After Zeldris injures Mael with his blade, he tries to attack Merlin, but the other Sins and Elizabeth protect her. King casts Pollen Garden, which serves as a barrier between them and Zeldris. Despite his desperate effort, Zeldris discovers that he can’t break through it. Mael appears behind him and slashes him with his light discs. 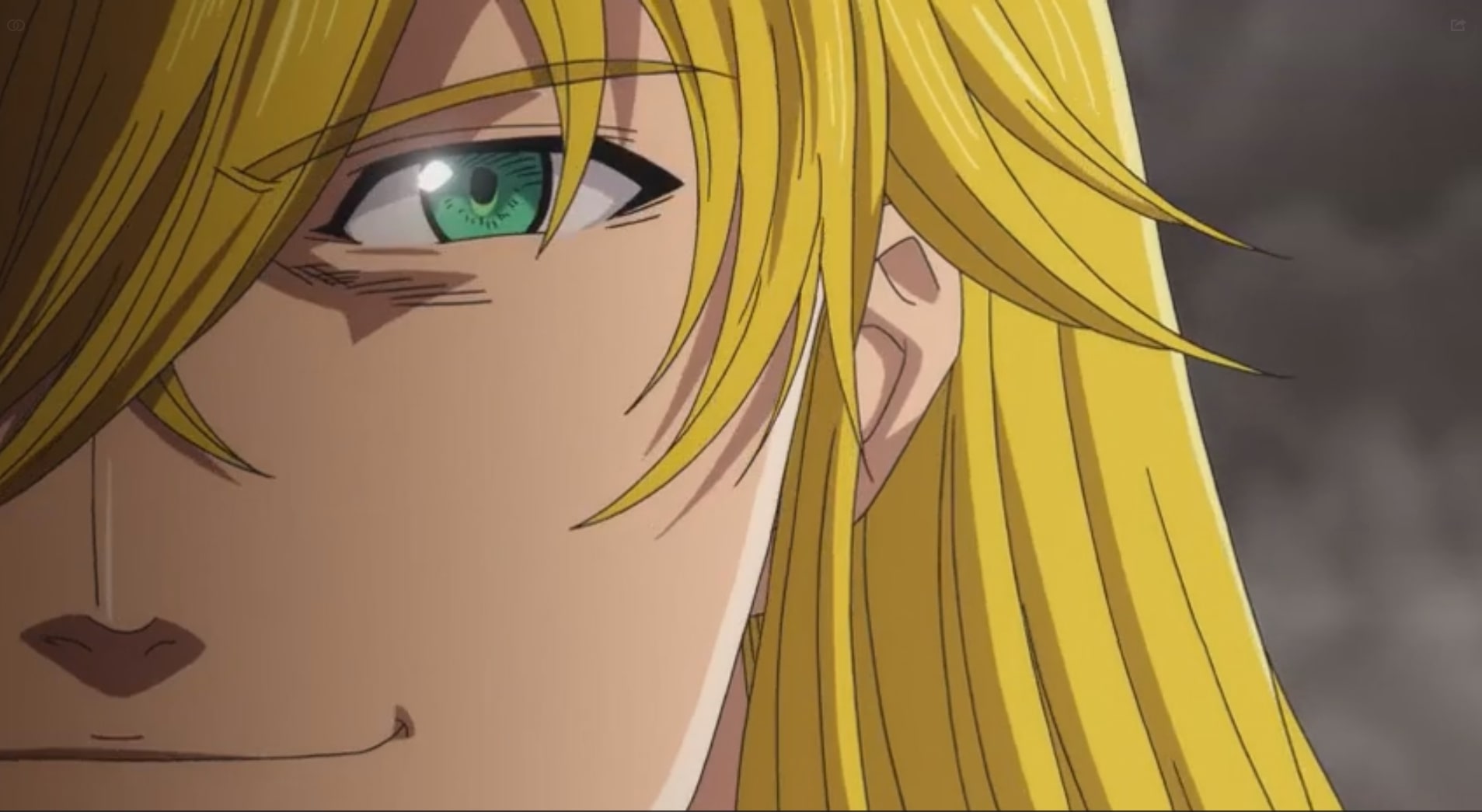 Merlin finishes casting her spell, and Meliodas’ cocoon is suspended in time. As the heroes celebrate their victory, Mael reunites with his brother. Hawk flies to Meliodas’ cocoon and discovers that it is empty. The episode ends as a seemingly older version of Meliodas appears following his ascension as the new Demon King. In episode 11, the Sins might have to fight their captain. Ban might come to Camelot to help his friends. The fate of the previous Demon King might be revealed.