The Seven Deadly Sins Season 5 Episode 17: What to Expect?

Based on a manga series written and illustrated by Nakaba Suzuki, ‘The Seven Deadly Sins’ or ‘Nanatsu no Taizai’ is a high-fantasy anime that has garnered international popularity due to its engaging plot and complex characters. The story begins when Princess Elizabeth Liones sets out to find the legendary group of knights known as the Seven Deadly Sins to ask them for their help to defeat the corrupted Holy Knights. When she first meets Meliodas, the Sin of Wrath and the leader of the Sins, he introduces himself as a barkeep. As the series progresses, it is gradually revealed that Elizabeth and Meliodas share a connection that reaches back thousands of years.

‘The Seven Deadly Sins’ season 5 episode 17, titled ‘The Voice Calling Your Name,’ is set to release on May 5, 2021, on TV Tokyo and BS TV Tokyo. The anime’s current producer, Studio DEEN, worked together on the 5th season with the Korean animation studio, Marvy Jack. Susumu Nishizawa directed the episodes, with Rintarō Ikeda serving as the main scriptwriter. Hiroyuki Sawano, Kohta Yamamoto, and Takafumi Wada provided the music. The first 12 episodes have Akihito Okano’s “Light That” as the opening theme and SawanoHiroyuki[nZk]:ReoNa’s “Time.” The rest of the episodes have Sora Amamiya’s “Eien no Aria” as the opening theme and UVERworld’s “NAMELY” as the ending theme.

In episode 16, the Demon King faces off against Meliodas and Elizabeth while using Zeldris’ physical form as his vessel. He seemingly takes Elizabeth as a hostage and mocks Meliodas for bringing her with him. Elizabeth laughs and tells the Demon King that she is there to help Meliodas defeat him and launches Manipulate and Burst. She causes an explosion that ends up injuring the Demon King. Meliodas reminds his father that there is a reason why demons called Elizabeth “Bloody Ellie” during the war, 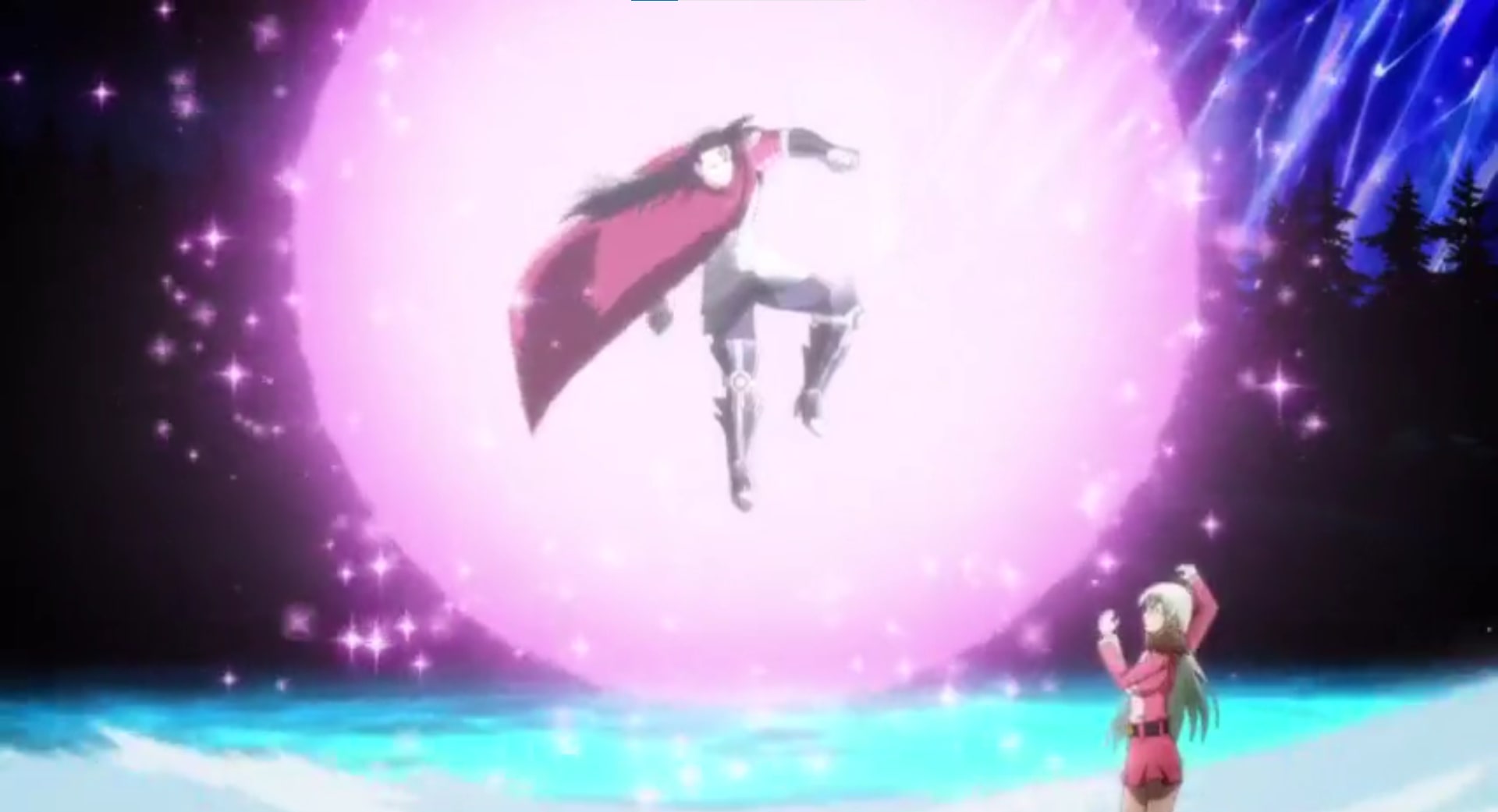 Meanwhile, the rest of the Sins, except for Escanor, fight Indura. It spawns thousands of offspring that will soon spread all over Britannia. Ban uses a sacred treasure to destroy almost all of them. The only surviving spawn makes its way to Liones, where the Holy Knights prove to be ineffective against it. Escanor arrives and protects them. This is when Mael comes down to Earth and destroys the spawn. At Escanor’s request, Maellends him Sunshine one last time. 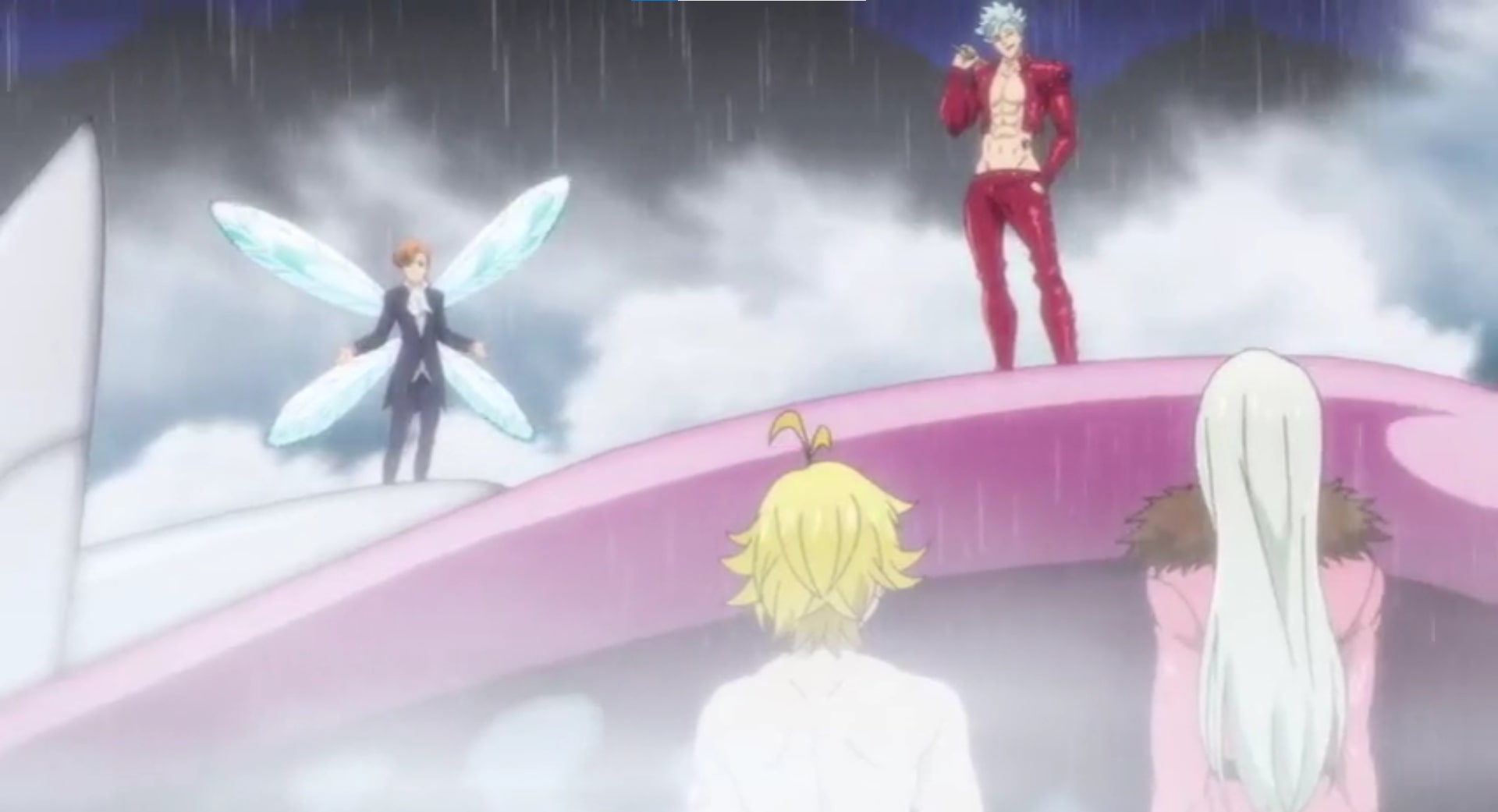 As he fights his father, Meliodas tries to reach his brother. The Demon King transforms into a young warrior version of himself. The episode ends as every Sin except Escanor arrives to assist Meliodas. In episode 17, Meliodas might travel inside of the Demon King’s soul to retrieve his brother. Escanor will likely join the Sins in their climactic battle against the Demon King.