The Seven Deadly Sins Season 5 Episode 18: What to Expect?

‘The Seven Deadly Sins’ or ‘Nanatsu no Taizai’ is a high-fantasy anime that has been developed from the original Japanese manga series written and illustrated by Nakaba Suzuki. The story begins when Princess Elizabeth Liones embarks on an incredible journey to search for the eponymous knights, hoping that they will help her defeat the evil Holy Knights and free her kingdom from their clutches. She meets a barkeep named Meliodas, who is later revealed to be the Sin of Wrath and the leader of Sins. She soon learns that her fate is intricately tied to that of Meliodas.

‘The Seven Deadly Sins’ season 5 episode 18, titled ‘The King Sings Alone,’ is set to release on May 12, 2021, on TV Tokyo and BS TV Tokyo. The anime’s current producer, Studio DEEN, worked together on the 5th season with the Korean animation studio, Marvy Jack. Susumu Nishizawa directed the episodes, with Rintarō Ikeda serving as the main scriptwriter. Hiroyuki Sawano, Kohta Yamamoto, and Takafumi Wada provided the music. The first 12 episodes have Akihito Okano’s “Light That” as the opening theme and SawanoHiroyuki[nZk]:ReoNa’s “Time.” The rest of the episodes have Sora Amamiya’s “Eien no Aria” as the opening theme and UVERworld’s “NAMELY” as the ending theme.

In episode 17, Meliodas urges the Sins to go back, claiming that this is his fight alone. Ban retorts by asking if Meliodas came to purgatory with Elizabeth to die together there. Meliodas finally expresses his gratitude towards the others. Merlin tells Gowther to take Meliodas to the spirit world and free Zeldris. But the Demon King proves to be too strong for the Sins to launch attacks on him on two fronts. This is when Escanor arrives to fight one last time alongside his comrades. 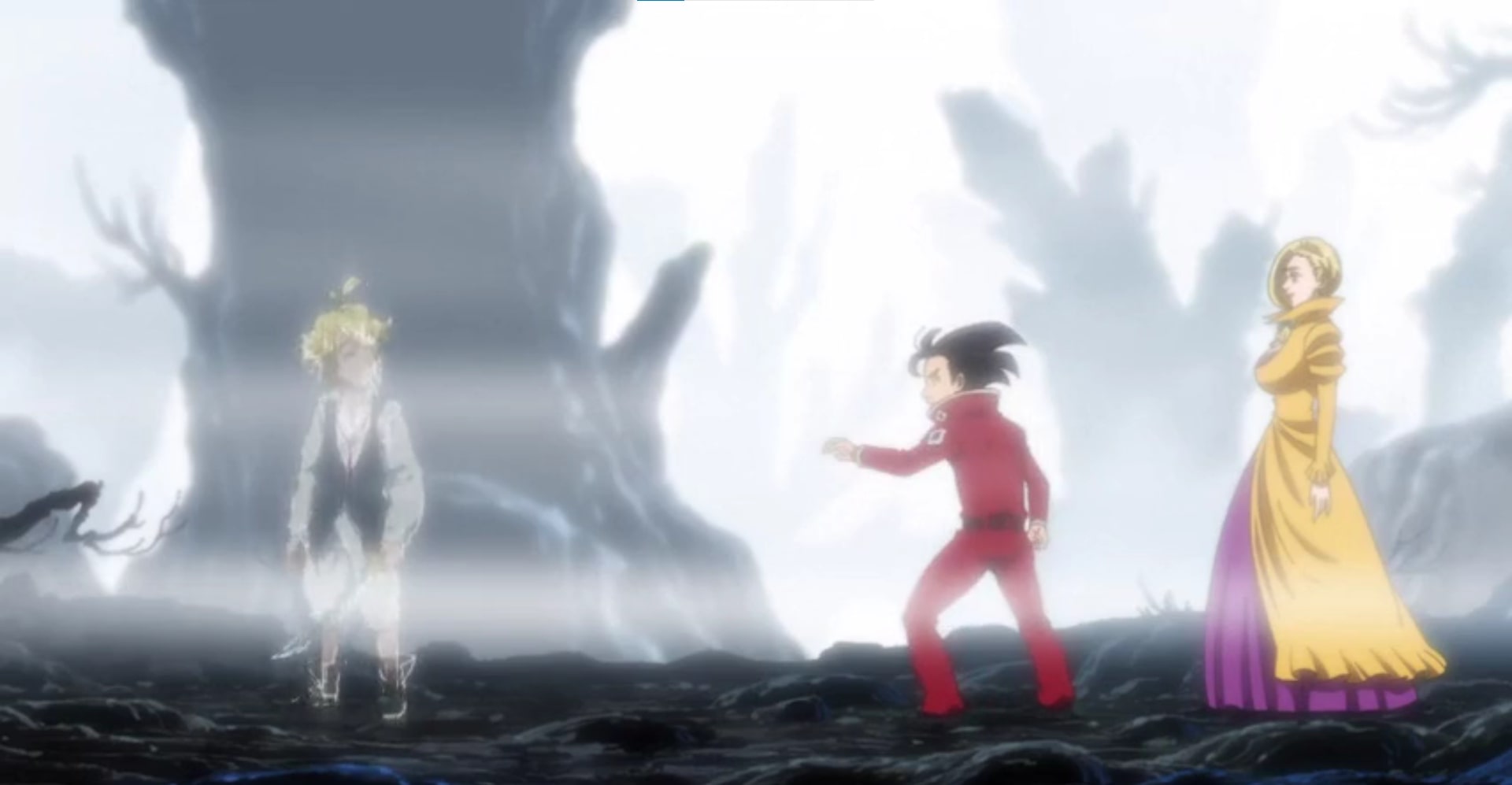 Escanor’s involvement allows Gowther to take Meliodas to the spirit world. Seeing them, Zeldris’ consciousness reveals that he knows that the one beside him is not the real Gelda. The fake Gelda vanishes, and numerous illusions of Zeldris appear. When Meliodas tries to attack one, Gowther tries to stop him. Before Gowther vanishes, he makes Meliodas realize that disturbing the strings causes the spirit world to recognize them as foreign entities. Eventually, Gelda arrives in purgatory and gains entry into the spirit world by biting Zeldris. She then helps free her lover from the strings, and they prepare to face the Demon King together.

Outside, Meliodas returns to his body and joins the battle. King asks Diane to marry him. The latter severs the Demon King’s magical link to the lake. The episode ends as Escanor reaches the height of his power. In episode 18, Escanor might burn his vital force to fuel his battle against the Demon King. The Sins will likely join him and eventually defeat the Demon King together. In the spirit world, Zeldris and Gelda might also win against the Demon King.