The Seven Deadly Sins Season 5 Episode 19: What to Expect?

Based on the original Japanese manga series written and illustrated by Nakaba Suzuki, ‘The Seven Deadly Sins’ is a high-fantasy anime show. It tells the story of Princess Elizabeth Liones, who sets out to find the legendary Seven Deadly Sins and ask them for their help in defeating the corrupted holy knights. She eventually finds all of them and liberates her kingdom. But she then learns that she and the Sins’ leader Meliodas share an inseparable bond that reaches back to numerous reincarnations.

‘The Seven Deadly Sins’ season 5 episode 19, titled ‘The Struggle,’ is set to release on May 19, 2021, on TV Tokyo and BS TV Tokyo. The anime’s current producer, Studio DEEN, worked together on the 5th season with the Korean animation studio, Marvy Jack. Susumu Nishizawa directed the episodes, with Rintarō Ikeda serving as the main scriptwriter. Hiroyuki Sawano, Kohta Yamamoto, and Takafumi Wada provided the music. The first 12 episodes have Akihito Okano’s “Light That” as the opening theme and SawanoHiroyuki[nZk]:ReoNa’s “Time.” The rest of the episodes have Sora Amamiya’s “Eien no Aria” as the opening theme and UVERworld’s “NAMELY” as the ending theme.

In episode 18, Escanor reaches the height of his power as it is mid-day. The Demon King realizes that this is the power that defeated both of his sons. Diane tells Escanor that she and other Sins will help, but Escanor requests them to stay out. What follows is a brawl between two incredibly powerful beings. Demon King is impressed with Escanor’s ability to keep up with him but notes that the minute during which Escanor can access all his powers is over. However, suddenly pure white flames appear on Escanor’s body. 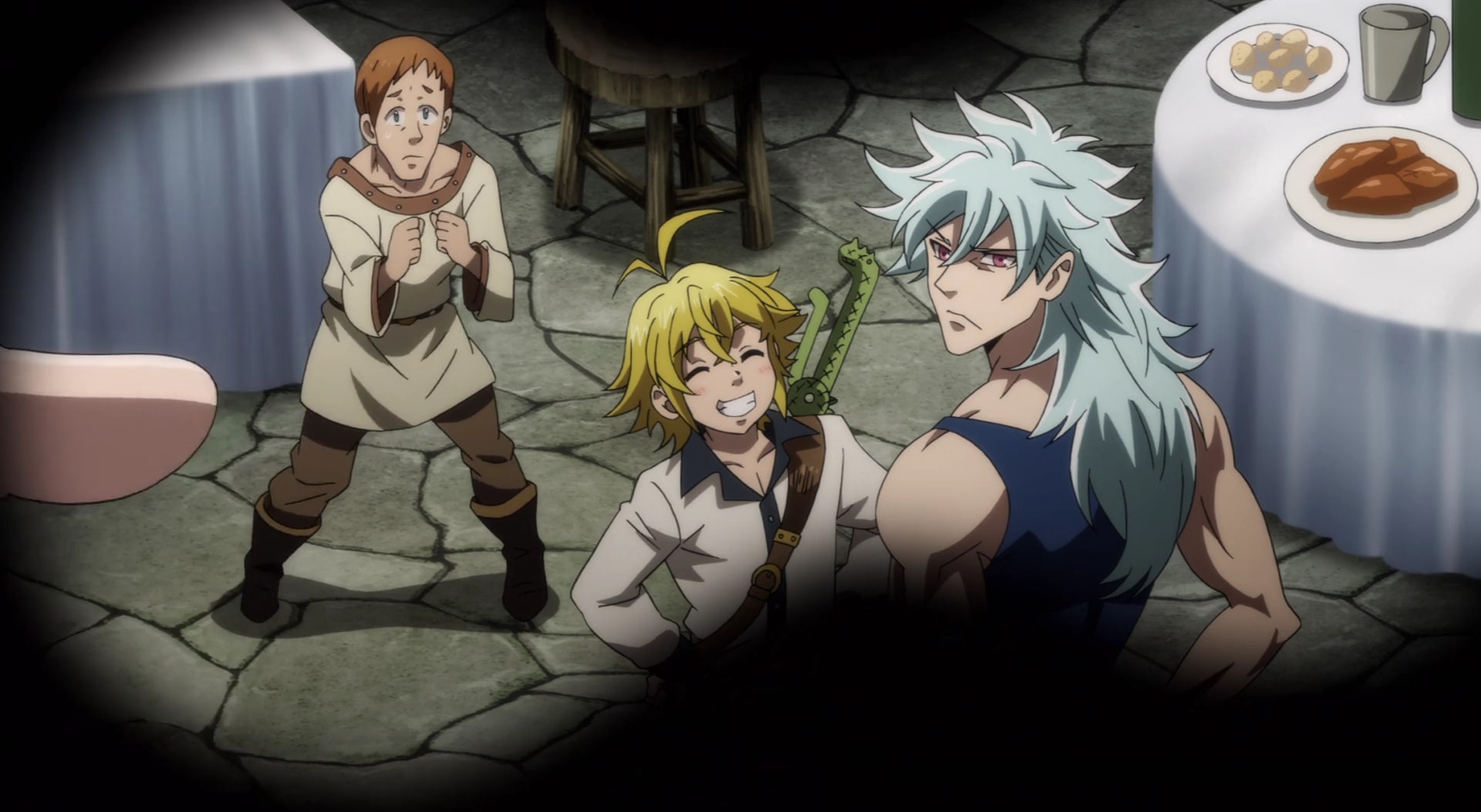 In a flashback scene, the circumstances that led to him becoming a member of the Sins are shown. Terrified of his own powers, Escanor has lived the life of a social outcast. He was once the second prince of the Kingdom of Castellio but was forced to flee after Sunshine awakens within him. Rosa, his maid, helped him escape, and he has never forgotten her kindness. He later went back to Castellio but found that it has been destroyed.

Meliodas recruits him for the Sins and later defeats him at mid-day. He assures Escanor that the next time he loses control, the Sins will be there to protect the world from him. Merlin helps him find some closure by giving him the chance to speak to Rosa one last time. In the present time, Meliodas realizes that Escanor has begun using his life energy in his fight with the Demon King. In episode 19, Meliodas might tell Escanor that as he is putting his life in danger for them, it’s only fair that they too put their lives in danger for him. Together, the Sins will fight the Demon King and eventually defeat him.