When Does The Simpsons Season 31 Episode 12 Start? 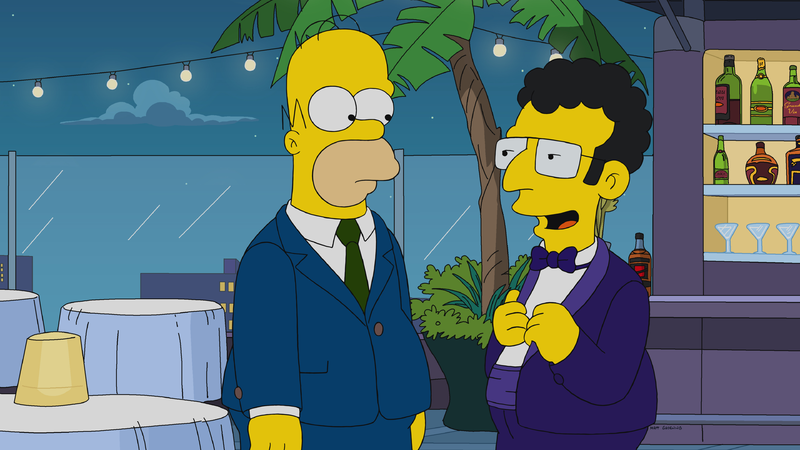 ‘The Simpsons‘ is a show that almost seems to be running from time immemorial. It is currently in its 31st season, and over the episodes, the series has successfully tackled several issues of domestic and international relevance. The animated series has featured quite a wide array of celebrities, and ‘The Simpsons’ is also rather notorious for its uncanny capacity to predict the future.

The satirical show is an excellent take on middle-class life as we see the Simpson family spending their days in the fictional town of Springfield. The series becomes a study of the human condition, as well as a parody of American culture, society, and television.

Naturally, you might be wondering about what happens in the latest episode of ‘The Simpsons’, and what goes down in it. We are here to tell you that right after we walk you through where and when to watch the upcoming episode.

The Simpsons Season 31 Episode 12 Release Date: When Will It Premiere?

Unfortunately, after Episode 11 of ‘The Simpsons’, the show is going off-air for some time. This is primarily because of all the big events coming up, like the Superbowl, Grammys and the Oscars. While we know that one of the upcoming episodes, guest-starring Kevin Feige voicing a villain, is slated to air on February 23, 2020, we expect at least one more episode before that, to air on February 16, 2020.

The new episodes of Season 31 drop at 8/7c on Fox, which will remain the same for the upcoming episode as well.

Where to Watch The Simpsons Season 31 Episode 12 Online?

Being a Fox show, ‘The Simpsons’ can most simply be watched with a cable subscription. However, those without cable can watch it on the Fox site as well. Cord cutters also have the option of seeing ‘The Simpsons’ on Hulu, Disney+, YouTube TV, and Fubo TV.

Episode 11 is titled ‘Hail to the Teeth’, and the episode promises to turn Lisa’s frown upside down. We start off with Lisa reading up on heavy issues like the environment, and the magazine seems to prophesize doom. Naturally, these are serious issues, and Lisa plans on taking them up. However, in an affront to Lisa’s progressive liberalism, she is told by an older man that she would look prettier if she smiled.

Ultimately, Lisa ends up wearing braces, which forces her mouth into a smile. She is initially put off by the shallowness of the people around her, who flock to this smiling exterior. However, Lisa eventually decides to use the situation to her advantage. She plans on running for class president, which will allow her to dictate the social causes that the class should support. ‘The Simpsons’ make a great veiled reference to modern-day politics here, as opposition members are often threatened with being locked up. Similarly, in Lisa’s presidential race, the loser will get detention.

At the same time, we follow a parallel storyline of Arty Ziff, who seems to have found a soulmate and invites Homer and Marge to the wedding. Ever the showman, Arty’s invitation comes by way of a hologram. However, the wedding itself is a fun affair, attended by local celebrities. While everything seems to be going well, including the giving away of the bride, we are reminded of how Arty has always been in love with Marge. Thus, his plan for the wedding has actually been to design robots looking like Marge.

The episode is a fine commentary on stereotyping as well as the second class citizenry. At the same time, it comments on social change, with both Lisa and Marge acknowledging that change must be on the horizon. While Arty again understands his self-centeredness, Lisa gets a taste of the politics of appearance, which includes smiling. Undoubtedly, the upcoming episode will weave yet another fine and relevant story for us.