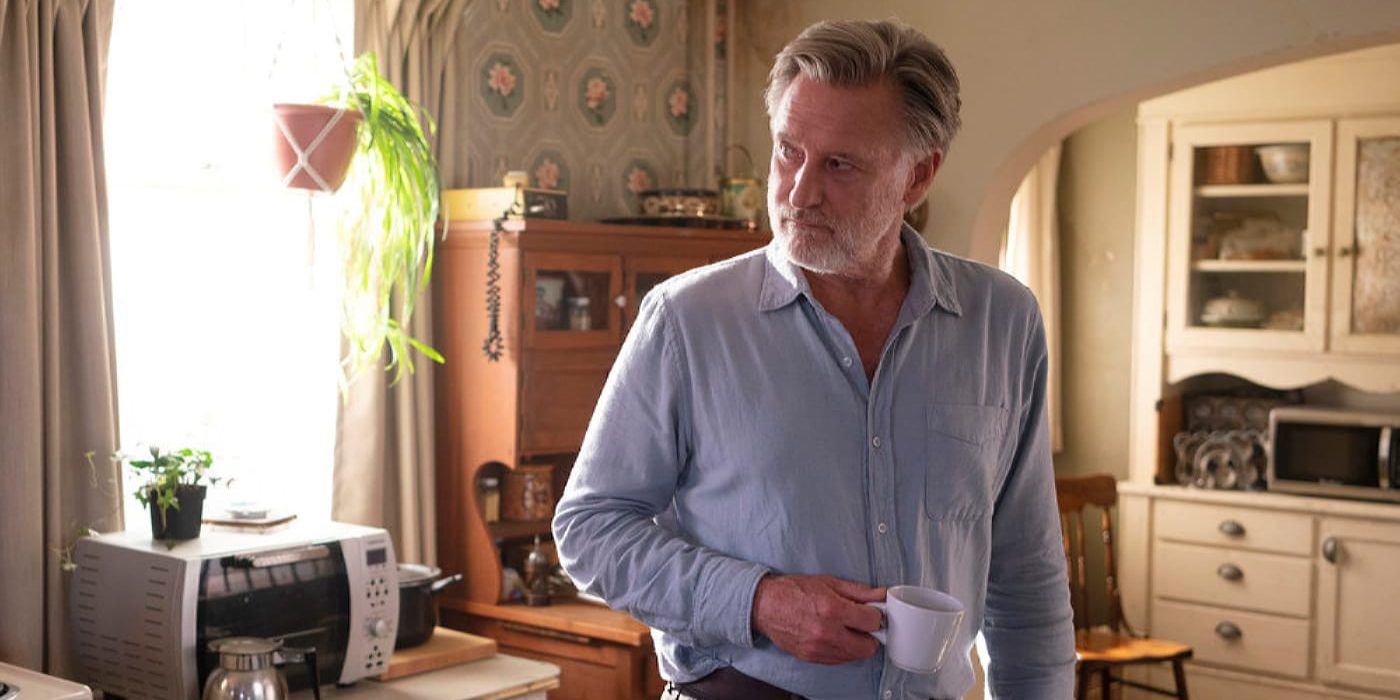 The mystery at the center of ‘The Sinner‘ season 4 is proving to be a complicated one for the now-retired Detective Harry Ambrose to solve. Despite being convinced that Percy Muldoon jumped off a cliff, Harry helps in the investigation of the girl’s disappearance. However, in the fourth episode, Percy’s dead body is discovered, shocking everyone. As the Muldoons reel in from the loss, Harry suspects Percy’s uncle, Colin, has something to do with her death. Colin ends up providing Harry with an important clue that sends Harry’s investigation in a new direction.

On the other hand, harry’s obsession with the case causes Sonya to tip over, and she leaves Hanover Island. Harry is now faced with the two-bladed sword of cracking the case at the risk of losing the only meaningful relationship in his life. What will the jaded silver-haired detective do next? We are sure viewers cannot wait to watch the next episode and find out. While you wait for the new episode to drop, here’s a look at what’s in store ‘The Sinner’ season 4 episode 5!

‘The Sinner’ season 4 episode 5 will premiere on November 10, 2021, at 10 pm ET on USA Network. The mystery drama’s fourth season consists of eight episodes that are approximately 45 minutes in length each. New episodes of the show air on the network every week on Wednesday.

Where to Watch The Sinner Season 4 Episode 5 Online?

Additionally, you can buy the new episode on VOD platforms like Amazon Prime Video, Vudu, iTunes, Google Play, and Microsoft Store. All episodes of season 4 are expected to drop on Netflix in the near future. Meanwhile, subscribers can rewatch the prior seasons here.

The fifth episode of ‘The Sinner’ season 4 is titled ‘Part V.’ The episode is likely to focus on Harry’s research into the ritualistic activities that Percy was partaking in. From the evidence available so far, it is evident that Percy’s death was meant as a sacrifice to some demon which is a part of the island’s folklore. However, given the show’s grounded nature, it seems like a ploy for hiding some illegal activities. Harry could try to look into Percy’s past to get an understanding of her obsession with the rituals.

He could also end up finding out who the mysterious Valerie is, and she could be one of the women Harry encountered in the woods after Percy’s death. It is clear that something sinister is going on the island, and Harry will have to take every step carefully. We could also learn more about Harry and Sonya’s relationship, which quickly deteriorates as Harry’s obsessive nature takes over. The Muldoons and Lams could have a deeper connection to Percy’s death than it appears.